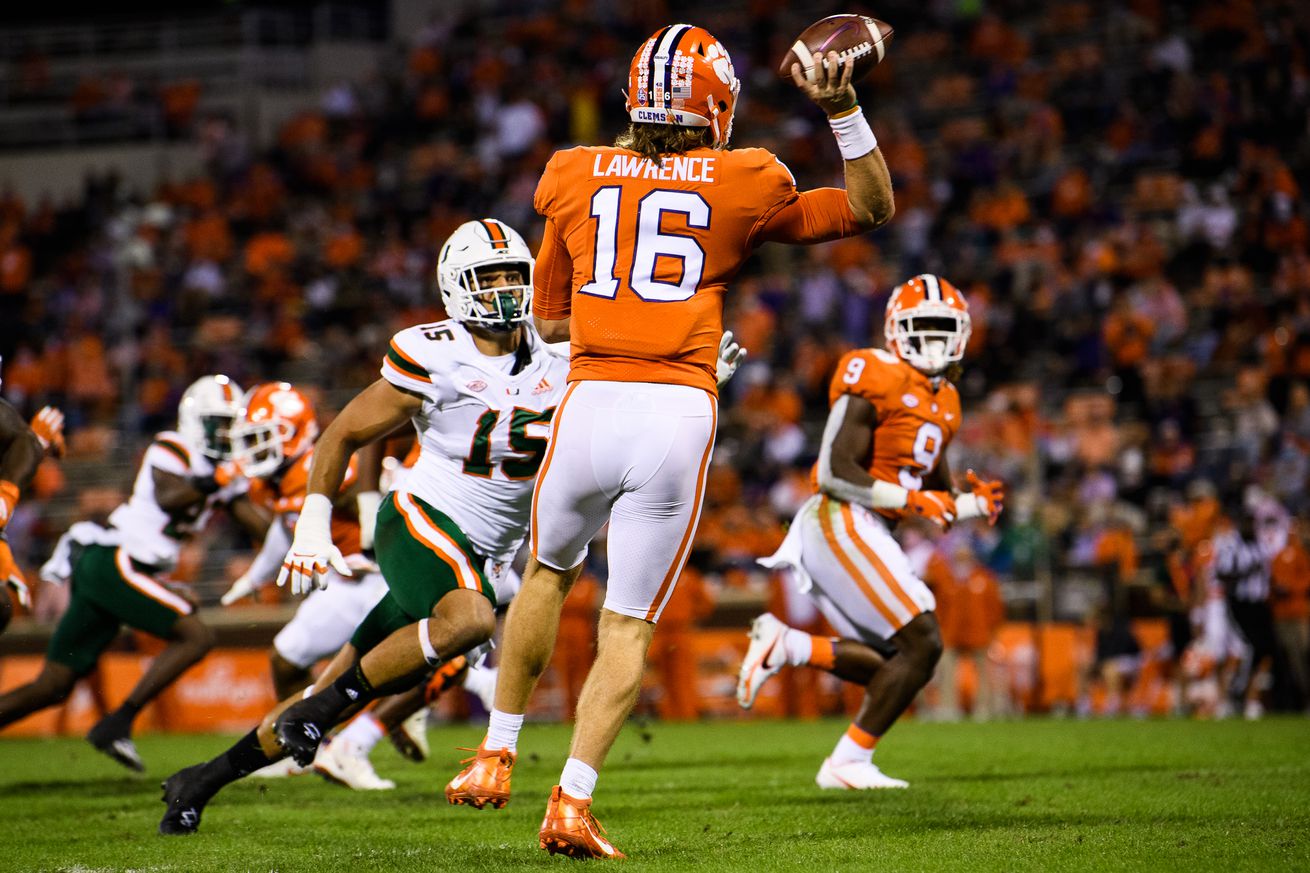 The NC State defense held Virginia to just four of 18 on third down (22%) and took the ball away four times as the Wolfpack beat the Cavaliers in Charlottesville, VA.

Next up for NC State: Duke

Next up for UVA: at Wake Forest

The Hokies had 495 yards of offense, five minutes more in time of possession, no turnovers, and recovered an onside kick – and still lost! That’s because without most of their defensive backfield VT was simply unable to stop the Tar Heels, who managed a whopping 656 yards of offense themselves.

Next up for UNC: at Florida State

Next up for VT: Boston College

Duke’s offense still gave away some points, but they scored enough to overcome it this time. For Syracuse, inability to generate a running attack continues to limit the offense.

Next up for Duke: at NC State

Next up for Syracuse: Liberty

We figured this game would be a fight, and it was. It even went into overtime thanks to some end-of-regulation heroics by the Panthers’ placekicker who then, ironically, missed a PAT that gave BC the win.

Next up for Pitt: at Miami

Next up for BC: at Virginia Tech

Next up for Florida State: UNC

Next up for Notre Dame: Louisville

This game looked like it might live up to its hype when the Canes scored a “kick six” just before halftime, but the Tigers put them away in the third quarter – like national contenders are supposed to do.

Next up for Miami: Pitt

Next up for Clemson: at Georgia Tech

Friday night the Yellow Jackets continued making progress towards their program rebuild while the Cardinals continued to look like a team with a pretty good offense and a not so good defense.

Next up for Louisville: at Notre Dame

Next up for Georgia Tech: Clemson

For coverage of which teams helped the ACC football cause by losing, check out my post “Biggest Losers Week 6, 2020” on ACC Football Rx. It won’t make your favorite team any better, but it will make you feel better about your team, or no money back.