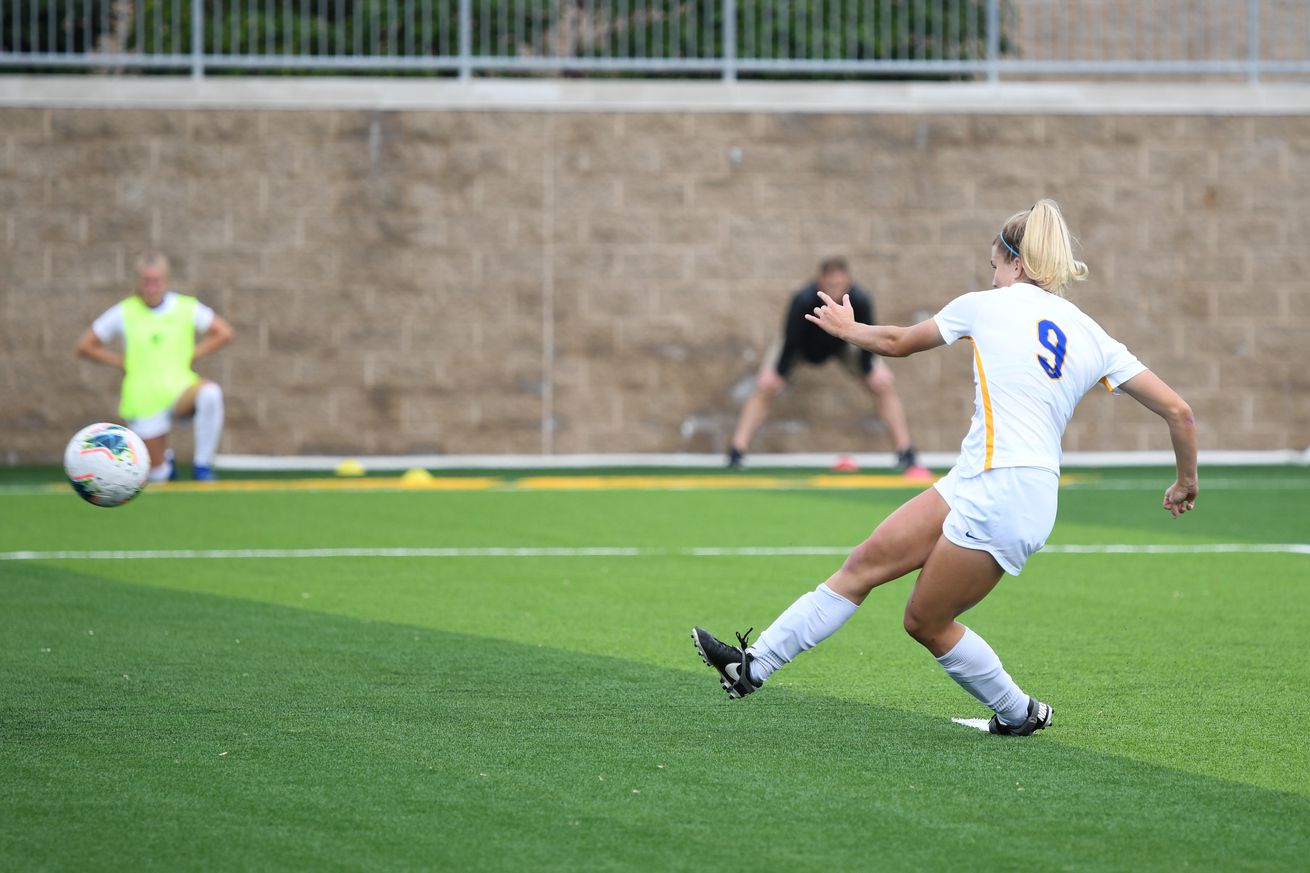 The Pitt star scored two braces, which included a game-winner, and led the Panthers to two victories last week

Pitt forward Amanda West scored four goals in two games last week, leading Pitt to a 4-3 win over Boston College last Thursday and a 4-1 win over Navy on Sunday, and for her efforts, she was named the ACC Women’s Soccer Offensive Player of the Week. West is the second Pitt player to win ACC honors in 2020 and the first since Kate McKay on Sept. 15.

Big time performances from these Players of the Week!

West’s quartet of goals was split into two braces over last week’s two games. Against Boston College, West opened the scoring on a penalty kick about five minutes in and scored an equalizer in the second half. Then, against Navy, she scored the team’s second goal, which proved to be the game-winner, and added an exclamation point to the victory by drawing and converting a penalty kick.

West was joined in receiving weekly honors by Duke defender Caitlyn Cosme. West and the Panthers will face No. 2 Florida State in a nationally televised ACC showdown on Thursday night. The game will kick off from Ambrose Urbanic Field in Pittsburgh at 6 p.m. ET and air on the ACC Network.