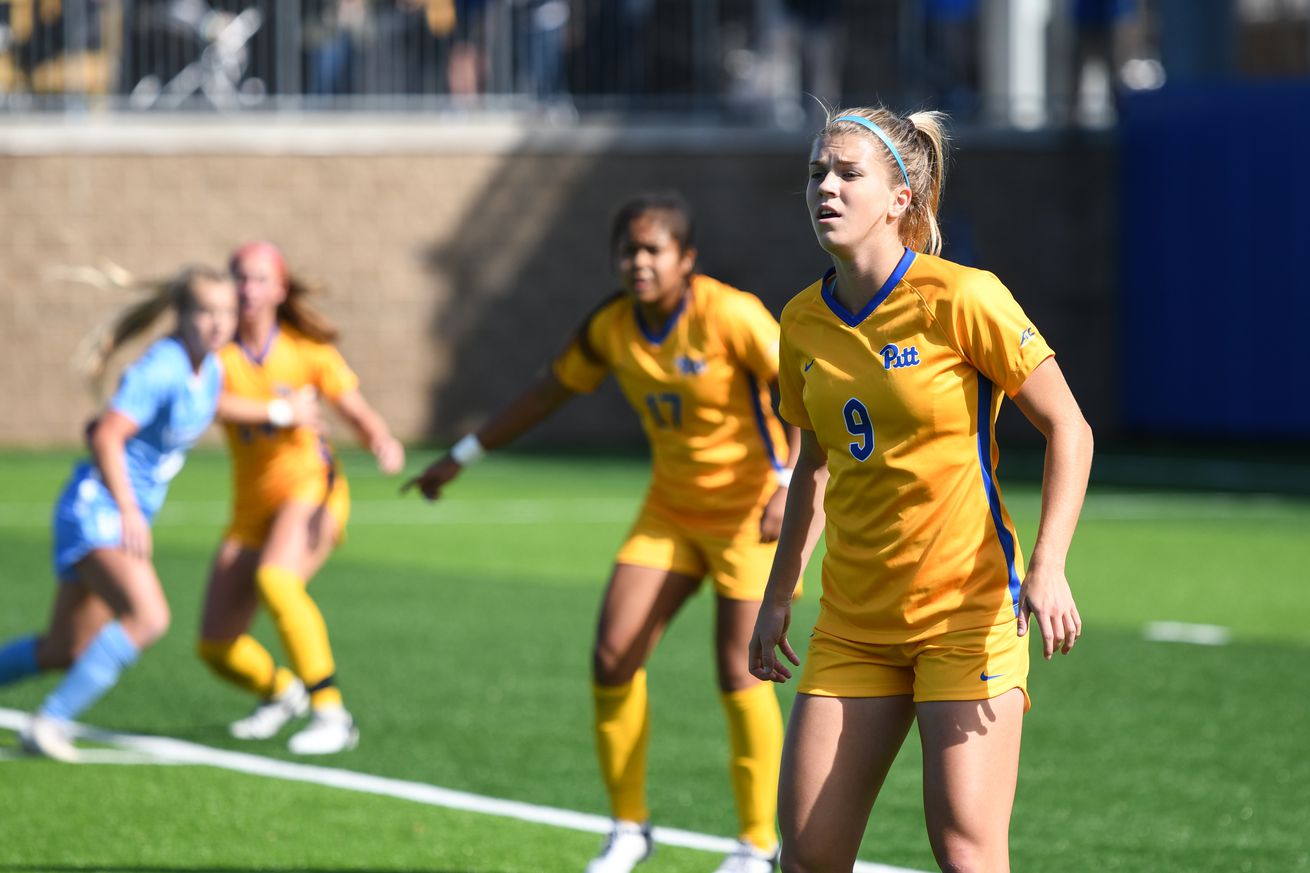 The Pitt women’s soccer team is off to its first 4-0 start since 2009, and that has everything to do with the team’s potent attack, which has the Panthers leading the nation in goals scored, with 14. Albany transfer Leah Pais has given the team a much-needed boost, and Amanda West has once again emerged as the Panthers’ top offensive weapon. And as a result of her consistent dominance, West now leads the NCAA in goals, assists and points.

Amanda West of @Pitt_WSOC has led the Panthers to a 4-0 start and leads the NCAA in:

Check out all of the national stats: https://t.co/pHYo8XUPt2pic.twitter.com/iRaSe48Ixg

West has scored four goals in four games in addition to recording a total of three assists. Her four goals have been evenly distributed over Pitt’s first four games, and the team has benefited greatly from West’s unselfish play, as her two-assist game against Appalachian State helped Pitt to a 7-1 win. That game saw the Panthers post the second-highest goal total in program history. The only time Pitt scored more in its 24-year history was against Wagner on Sept. 11, 1998, when Pitt had 11 goals.

The Burlington, Ontario, native has a narrow lead in goals and assists nationally, as multiple players are tied behind her with three goals and two assists apiece. However, her NCAA-high 11 points are four points clear of her nearest competitors. Those competitors for the national points crown include three players tied with seven points each. One is West’s teammate Leah Pais, another is Katelyn Termini of Stephen F. Austin and the other is Caroline Conti of ACC rival Clemson.

Conti and West are familiar with each other’s work, as the two freshmen went toe to toe late last season in an ACC matchup that was ultimately decided in overtime. Clemson came out on top with a 3-2 win, and Conti had two assists to West’s one. The two are set to meet again in Pitt’s penultimate match of the year, and with Clemson also undefeated three games into its slate, another tightly contested affair appears to be in the offing.

Returning to West and her achievements this season, the Pitt star is currently on pace for a 15-goal campaign, which would give her sole possession of the program record for goals in a single season. Last year, as a freshman, West tied Cande Ruiz’s single-season goals record from 1998 by netting 10. West also broke Ruiz’s single-season points record, with 29.

While West’s impressive pace provides no guarantee that she will be able to play at this level week in and week out this year, she is undeniably off to a hot start. And considering her proven ability to string together productive outings — as seen in her six-game point streak in 2019 and her current four-game goal streak — there is no reason to doubt she has another special season ahead of her at Pitt.