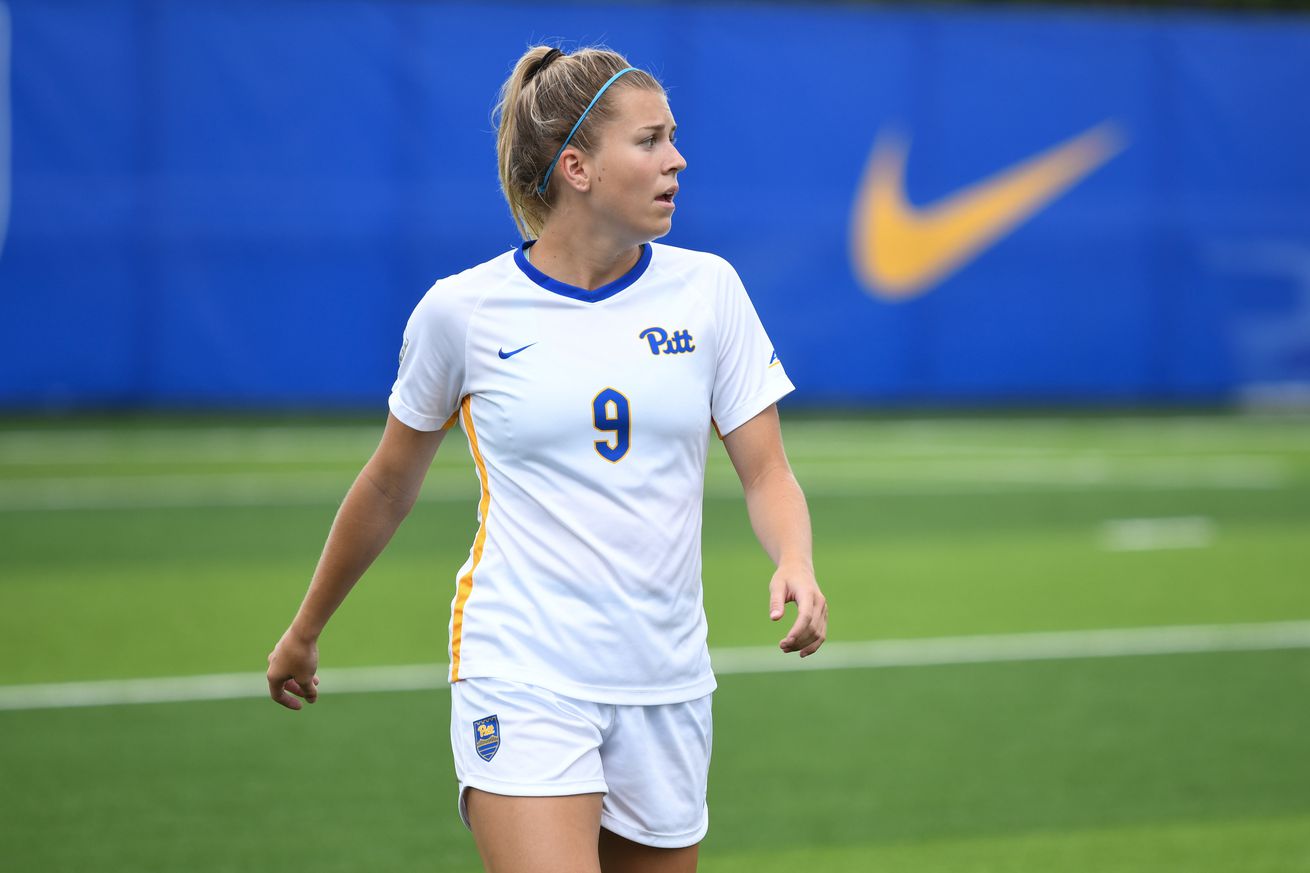 The Pitt women’s soccer team improved to 8-2-0 on Sunday with a convincing 4-1 win over Navy, and once again, the star of the show was Amanda West, who netted two of her team’s four goals in the matchup. Not only were her contributions vital to the outcome, but they also saw her make program history.

With her first goal, a 27th-minute scorcher that was set up by Emily Yaple, West beat Navy goalkeeper Molly Swigle and put Pitt up 2-0. She also topped the record for career points at Pitt set by Ashley Cuba in 2012. However, West was not done for the day, as she would add to her record-high point total with another goal, bringing her career mark to 54 points.

That goal came in the 65th minute, after West was taken down in the box by Navy defender Katie Herrmann. On the resulting penalty kick, the Canadian forward sent a shot straight and high into the back of the net as Megan Lamendola, Swigle’s replacement in goal for Navy, dove to the side. The goal gave Pitt a 4-1 lead and was the team’s last of the day.

West’s second score of the day set the Pitt single-season record for goals, as it was her 11th of the season. That topped the record of 10 goals set by Cande Ruiz set in 1998 — a mark West matched last season. It also placed West within striking distance of Pitt’s career goals record, as she now has 21 goals in 28 games, which is two shy of the 23 Cuba scored between the 2009 and 2012 seasons.

“Obviously, she’s been a goal scorer for us, and that’s what we needed,” Pitt head coach Randy Waldrum said of West after Sunday’s game. “I’m just really proud of her because she just seems to find a way to get goals. Even if she’s having an off game, she seems to find ways to get goals. … She’s just really an important piece of what we’re trying to build here.”

All told, West has scored 11 times in 10 games this season and leads the nation in goals as well as points, with 25 this year. Pitt also has five games remaining, and that includes promising matchups with struggling ACC rivals Miami, Syracuse and Wake Forest. The three teams currently have a combined record of 1-12-1, and all three have allowed at least two goals per game, with Miami and Syracuse both yet to score any goals of their own.

Needless to say, Pitt should enter each of those games as the favorite, and all three opponents should offer West opportunities to shine. But she could raise her profile and that of the Pitt program to a greater degree by maintaining her output in her team’s tilt with No. 6 Clemson on Oct. 29 as well as when No. 2 Florida State visits Pittsburgh for a nationally televised contest on Thursday night.