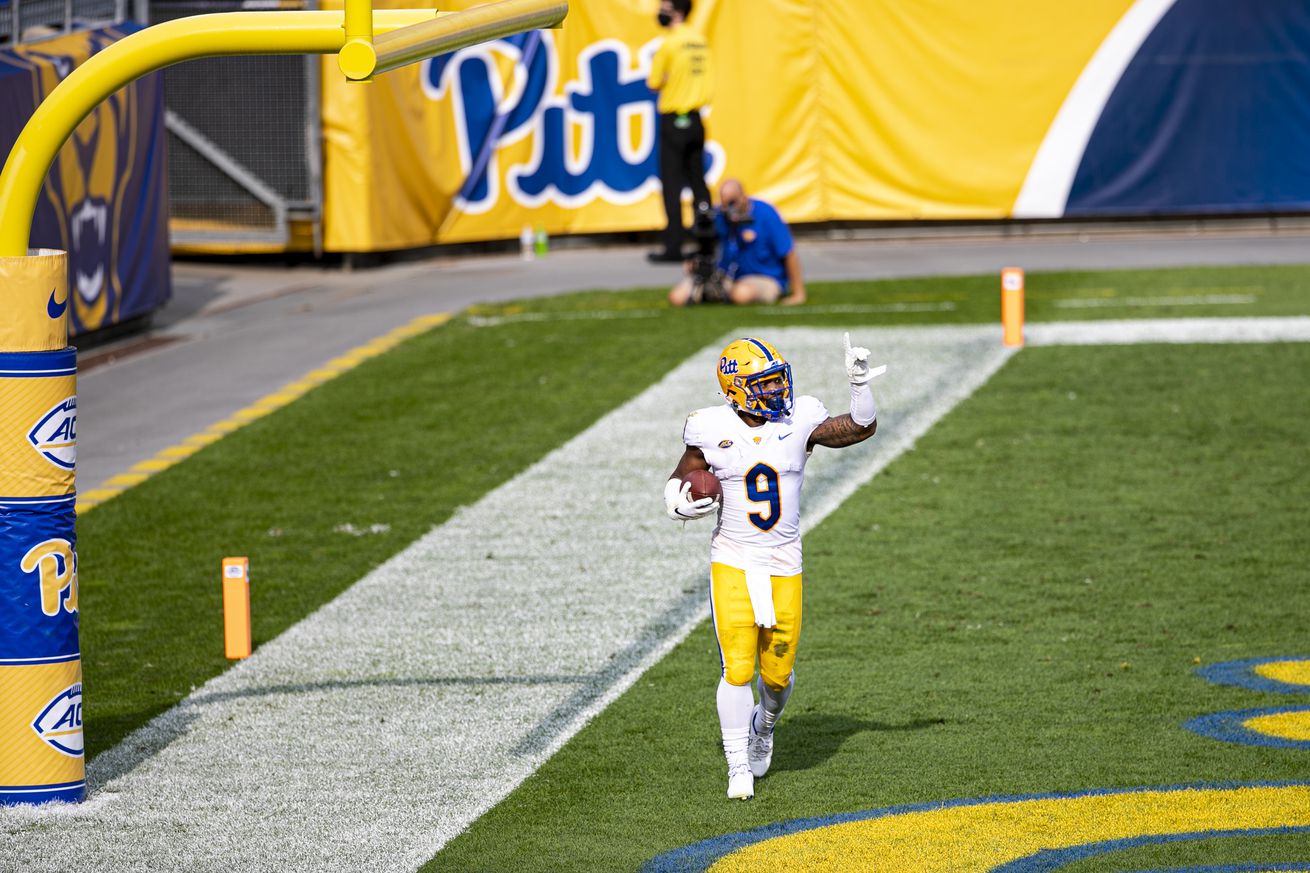 Pat Narduzzi: “That guy is making plays for us that maybe weren’t made before.”

When Pitt released its initial 2020 depth chart, Maryland transfer D.J. Turner was listed as a third-stringer at wide receiver behind Shocky Jacques-Louis and Tre Tipton, and it seemed improbable that he would get a chance to make an impact. Two weeks after that depth chart release, Turner has emerged as the Panthers’ top receiver, and Pitt head coach Pat Narduzzi sees him as a difference-maker.

“He’s somebody that Kenny [Pickett] can rely on,” Narduzzi said during his press conference on Monday. “D.J. has done an excellent job of catching the ball. He had three catches Saturday — two really nice catches. Not easy balls to catch, but he came up with them.”

“You watch tape of games here the last couple years. Thrown behind. ‘It was a tough catch. Sorry, coach.’ I didn’t get that [from Turner]. D.J., he’s making those plays for us. That’s the first thing I said in the offensive staff meeting. That guy is making plays for us that maybe weren’t made before — tough catches.”

After Pitt’s first two games, Turner has a team-high 124 yards and one touchdown on seven receptions. Turner made his presence known in Pitt’s 55-0 rout of Austin Peay with a 51-yard touchdown reception that put Pitt up 21-0. On the following drive, he caught another Pickett pass for a gain of 25, placing the Panthers just outside the red zone en route to taking a 28-0 advantage over the Governors.

The Pitt offense was less prosperous against Syracuse in Week 2, but Turner still managed to accrue 48 yards on five catches and ranked among the team’s top three receivers. His first two receptions gained Pitt 17 yards and then 20 yards, but the conservative play-calling of Mark Whipple saw Turner’s role limited to reeling in dump-off passes for minimal gains on three occasions later in the game.

Whipple’s decision to repeatedly dial up short passes and rely heavily on Pitt’s running backs proved largely ineffective against Syracuse, but in Turner, he has a potential solution to that issue, as the 5’9″, 205-pound pass-catcher has proved himself as a big-play receiver. And if Whipple decides to throw the ball downfield with anywhere near the frequency he did last season, Turner could prove to be the Panthers’ breakout player of the year.

For the time being, Turner remains beneath Jacques-Louis on the Pitt depth chart but has ascended past Tipton into the second-string spot. But considering his chemistry with Pickett and the big-play ability he has flashed this season, he should still see the field plenty and play a prominent role against a subpar Louisville secondary that has given up 227 passing yards per game this season.