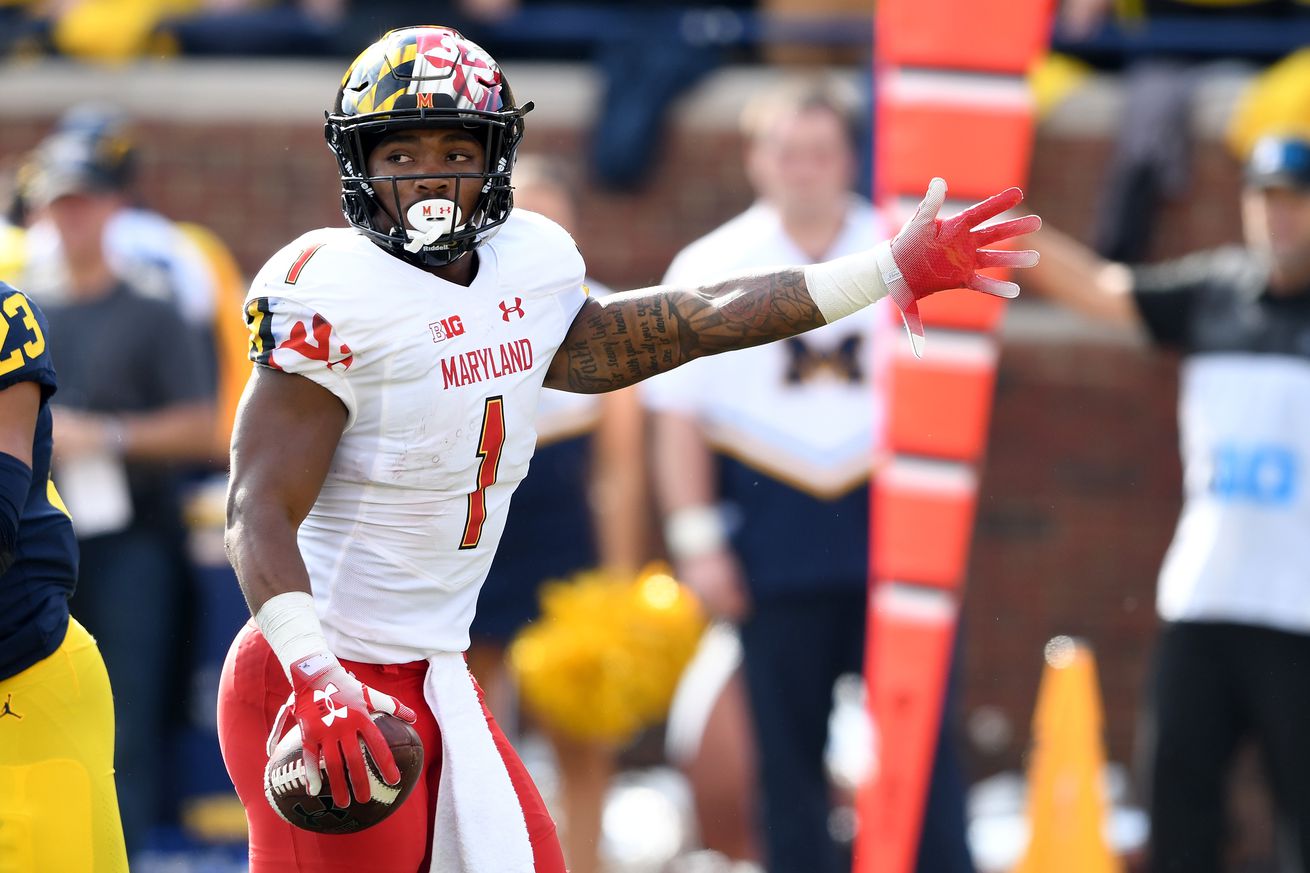 One of Pitt’s problem areas in 2019 was its wide receiver corps, and that got a boost on Tuesday afternoon, as Pat Narduzzi announced that former Maryland wide receiver D.J. Turner had transferred to Pitt. The coach also noted that Turner was already practicing with the team in preparation for the 2020 season.

Thankful for this opportunity #H2P pic.twitter.com/ZuhbBWWMPX

The 5’9”, 206-pound pass-catcher joined the Terps in 2016 as a three-star recruit out of DeMatha Catholic High School in Hyattsville, Maryland. However, since his arrival in College Park four years ago, Turner has been used sparingly, appearing in 30 games but logging just 24 catches for 294 yards and one touchdown over a span of four seasons.

Turner’s progress at Maryland was slowed at times by off-the-field issues, such as a BB gun incident in 2016 and a DUI charge in 2019. The charges stemming from the 2016 incident were dropped, according to Emily Giambalvo of the Washington Post. However, Turner and a teammate were suspended for four games, and the 2019 DUI saw Turner benched for the Terps’ final nine games last season.

At Pitt, Turner will look to get a fresh start as a contributor in Mark Whipple’s pass-heavy offense. The former starting slot receiver for the Terps will likely play a key role in a receiving corps that often failed Pitt quarterback Kenny Pickett in 2019. Last season, Pitt’s receivers led the FBS with 44 drops, squandering many opportunities created by Whipple and Pickett.

Turner joins the Panthers as a graduate transfer and will be immediately eligible to play. Pitt is set to kick off its 2020 season against Austin Peay at Heinz Field on Sept. 12.