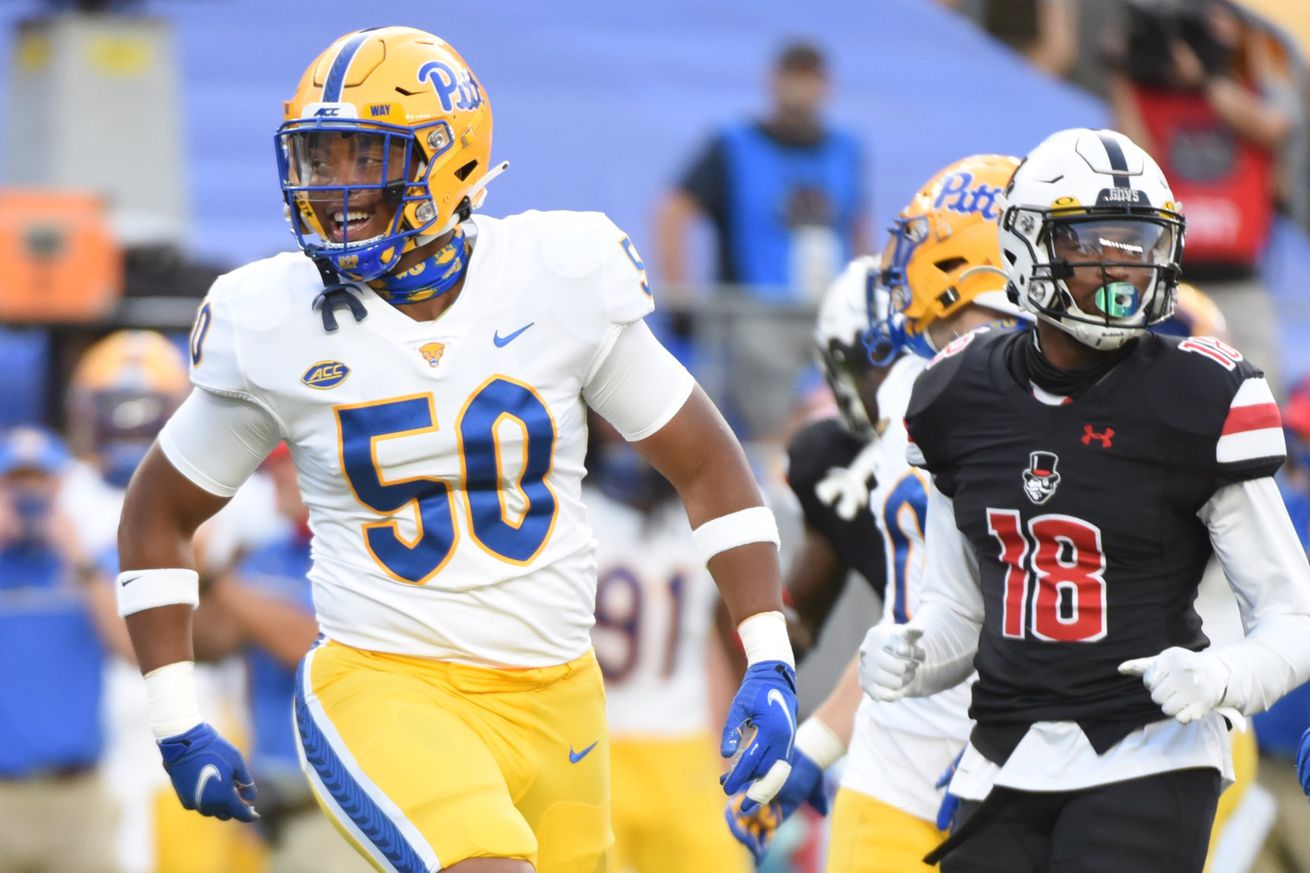 The Pittsburgh native had 23.5 sacks in 2019 and made an instant impact in his debut with the Panthers

Pitt defensive end Dayon Hayes earned a reputation as a sack artist during his time at Pittsburgh’s Westinghouse High School, and he lived up to the hype in his collegiate debut with the Panthers on Saturday.

During the 55-0 rout of Austin Peay at Heinz Field, Hayes took the field for the first time in the fourth quarter. At that point, the game was well in hand. The Panthers led the Governors 48-0, the backups from both teams were in the game and the final two quarters had been shortened to 10 minutes each.

It was with 6:35 left in the game that Hayes first made his presence known, as he brought down Austin Peay quarterback Kam Williams for an eight-yard loss. The sack backed the Governors up to their own 11-yard line, and the Panthers would capitalize on the beneficial field position with a Vincent Davis touchdown run on the following drive.

On Austin Peay’s next possession, Hayes would strip-sack Williams as time expired. The fumble would be recovered by Noah Palmer, who was also stripped of the ball before Calijah Kancey recovered the subsequent fumble to end the game with Pitt up 55-0.

Pitt head coach Pat Narduzzi was among the many impressed with Hayes’ debut.

“I thought defensively we did some good things and we saw Dayon Hayes, our little hometown hero, come in there and get two sacks,” Narduzzi said during his postgame press conference. “One was a strip sack. So there was a lot of good things. I mean, we’ve got to look at that tape and maybe we got to find a place for Dayon to come in there and get a pass rush because he had a heck of a speed rush early against their twos, of course.”

As a senior at Westinghouse in 2019, the 6’3”, 250-pound defensive end came up with 23.5 sacks and helped the Bulldogs win their first City League championship since 1996. As a junior in 2018, Hayes had an even better season in terms of individual achievement, with 26 sacks and 11 forced fumbles.

Coming into the season opener, it was unclear if Hayes would see action as a freshman and how well he would acclimate to the college game if he did. After Saturday, it seems clear Hayes is well prepared to play at the college level, and now that he has piqued Narduzzi’s interest, he may well have earned a shot at contributing regularly as a freshman.