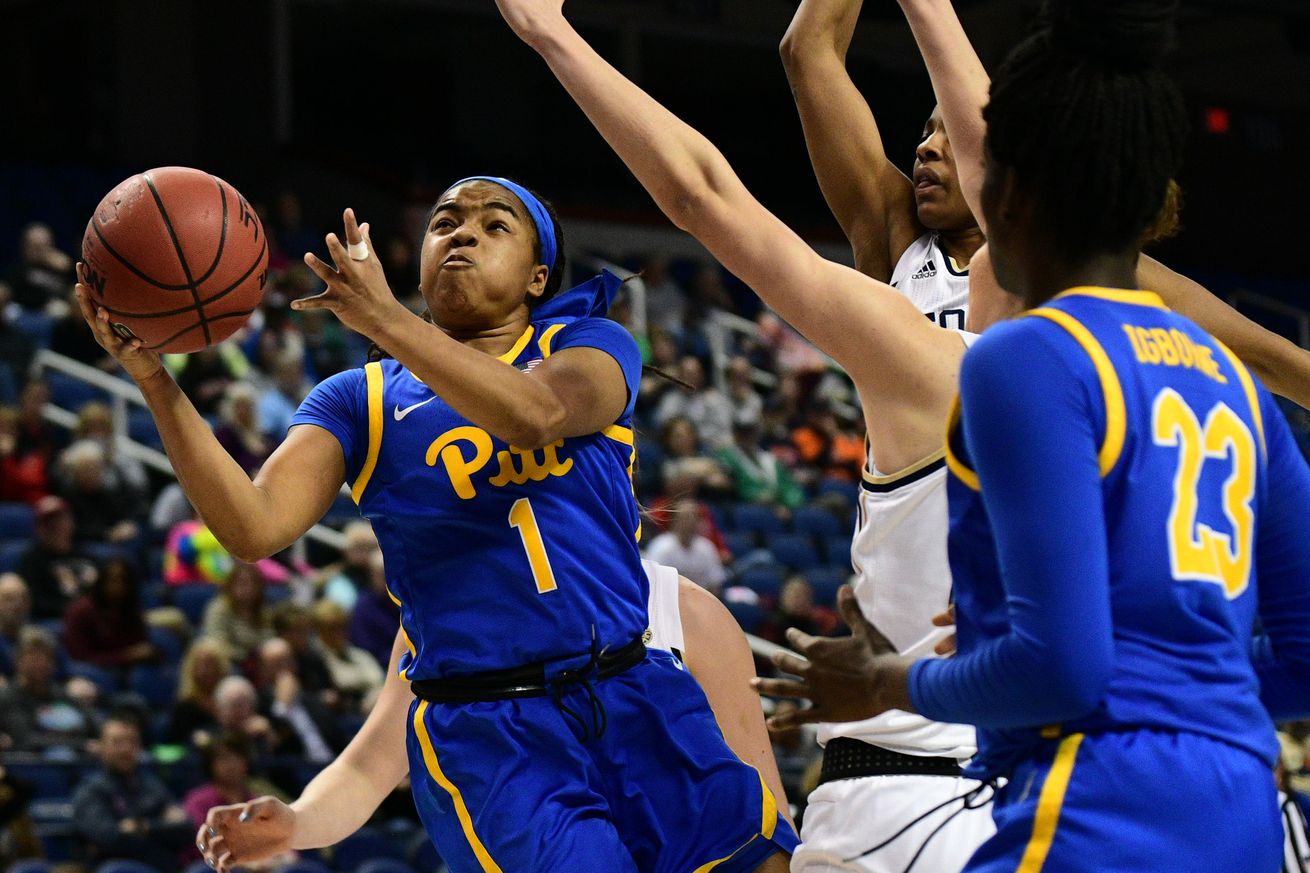 The Pitt guard led the team in scoring with 12.7 points per game this season

The Pitt women’s basketball team saw its season come to an end on Thursday, after falling in a 68-58 loss to Georgia Tech in the ACC tournament. But even in defeat, there were positive signs for the future of the program.

Most notably, Pitt freshman Dayshanette Harris scored a team-high 21 points to close out the season with three straight games with 20 or more points. She also posted six such games in a remarkable season that few freshmen in program history have been able to match.

In addition to the three-game streak, Harris extended an existing streak of games with double-figure point totals to eight games. Harris also scored in double figures in 12 of her last 13 games and 16 total games in her freshman season. And as a result, she finished the season as Pitt’s top scorer, surpassing sixth-year senior Aysia Bugg over the course of the ACC tournament. Harris finished with 12.7 points per game. Bugg finished with 12.1.

The native of Youngstown, Ohio, is the fourth freshman in program history to lead the team in scoring. And with six 20-point games, Harris posted the most 20-point games by a Pitt freshman since Brianna Kiesel had seven in the 2011-12 season. She even set a program record by making nine field goals in an ACC tournament game, as she went 9-for-17 against Notre Dame on Wednesday. She then matched that record in a 9-for-20 performance against Georgia Tech on Thursday.

All things considered, the team as a whole still has plenty of work to do, as its 5-26 record falls well short of ideal even for a program in the midst of a rebuild. But the strides Harris has made, most of which came in the heart of Pitt’s ACC slate, bode well for Pitt head coach Lance White and the Panthers moving forward, as it appears he has a rising star to build around.