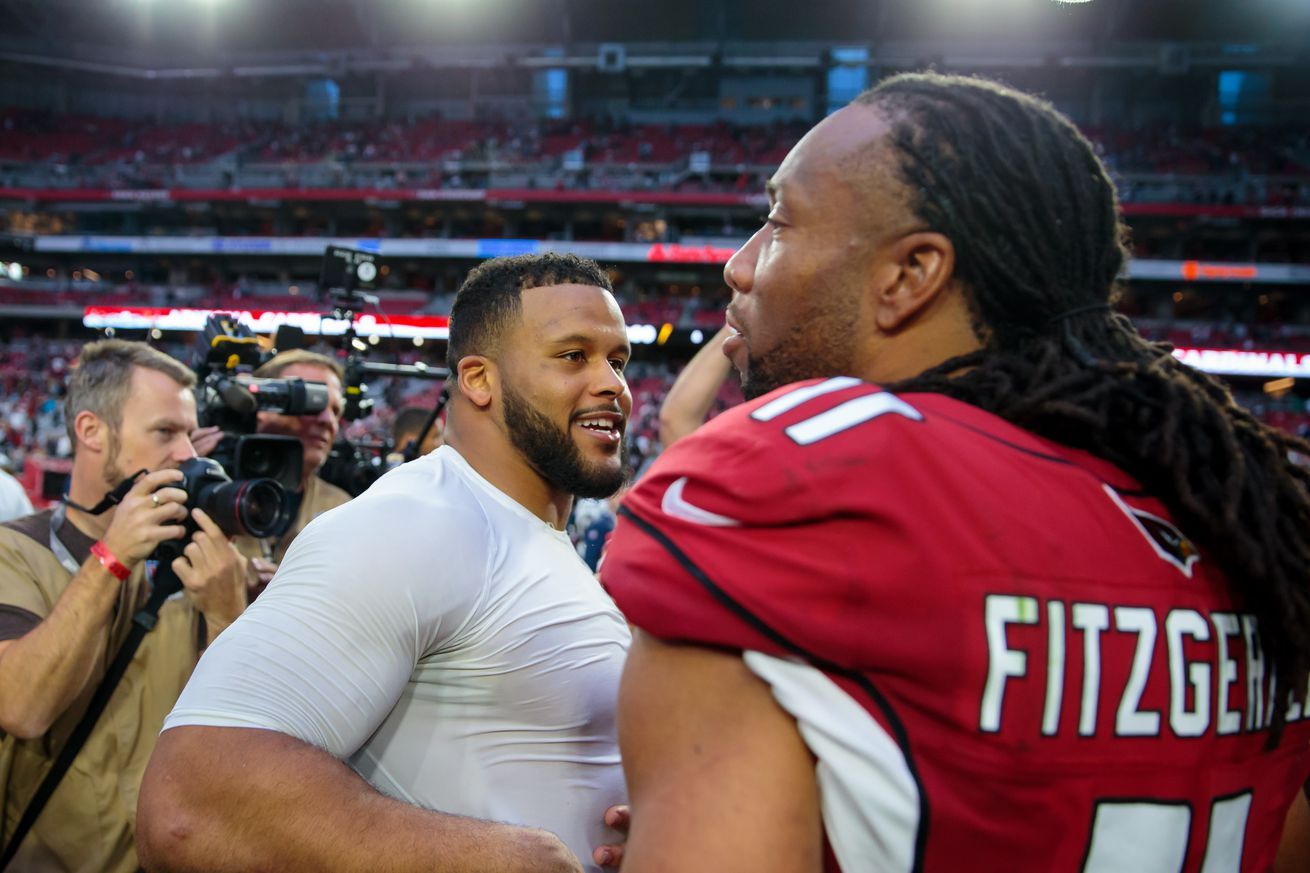 The NFL unveiled its 2010s All-Decade Team on Monday afternoon, and four former Pitt players were honored as members of the 53-man squad. The list of elite players was compiled by a 48-member selection committee assembled by the Pro Football Hall of Fame.

Of the four, Donald and Fitzgerald are the two Pitt alums currently in the most stable positions in the league moving forward, as both are fixtures on their teams poised to go down as all-time greats. McCoy’s future is less certain, as he is currently a free agent after seeing his role with the Kansas City Chiefs disappear during the team’s Super Bowl run last season. He has yet to sign with another team. Revis is the only retired Pitt alum listed, and his legacy is already cemented.

Revis announced his retirement after the 2017 season but posted solid numbers up to that point. Splitting the decade up into stints with four teams, the Aliquippa native amassed 296 total tackles, including seven tackles for losses and one sack. He also had one quarterback hit, three forced fumbles and nine fumble recoveries but will be best remembered for his 75 pass breakups and 15 interceptions. The corner earned five Pro Bowl nods and was a three-time All-Pro during the 2010s.

Finally, Donald had the briefest tenure in the NFL of the four, but he has made the biggest impact. Since entering the league in 2014, he has accounted for 312 total tackles, including 117 tackles for losses, 72 sacks and one safety. Donald also has 173 quarterback hits, 15 forced fumbles, five fumble recoveries and 11 pass breakups. And for his efforts, he has earned Pro Bowl honors in each of his six seasons in the league, All-Pro nods in five of the six, and NFL Defensive Player of the Year awards in 2017 and 2018.

Retirement may not be far off for Fitzgerald and McCoy, but both are approaching the latter years of their NFL careers differently. Fitzgerald has nothing left to prove, as he is second only to Hall of Fame receiver Jerry Rice in career receptions and receiving yards. Given his impressive resume, the longtime Cardinals receiver is considered a lock for Canton. Meanwhile, McCoy has long worried that his potential enshrinement in the Hall of Fame hinges on him rushing for 12,000 yards in his career. He has 971 yards to go and has seen his opportunities limited in recent years.

As for Donald, he is the one Pitt product likely to make the 2020s All-Decade Team in addition to the 2010s team, as he is in the prime of his career and has shown no signs of slowing down. Already making a strong case for future enshrinement, Donald could leave no doubt about his worthiness for Canton and a spot on the 2020s team with a few more seasons on par with or close to the ones he has posted.