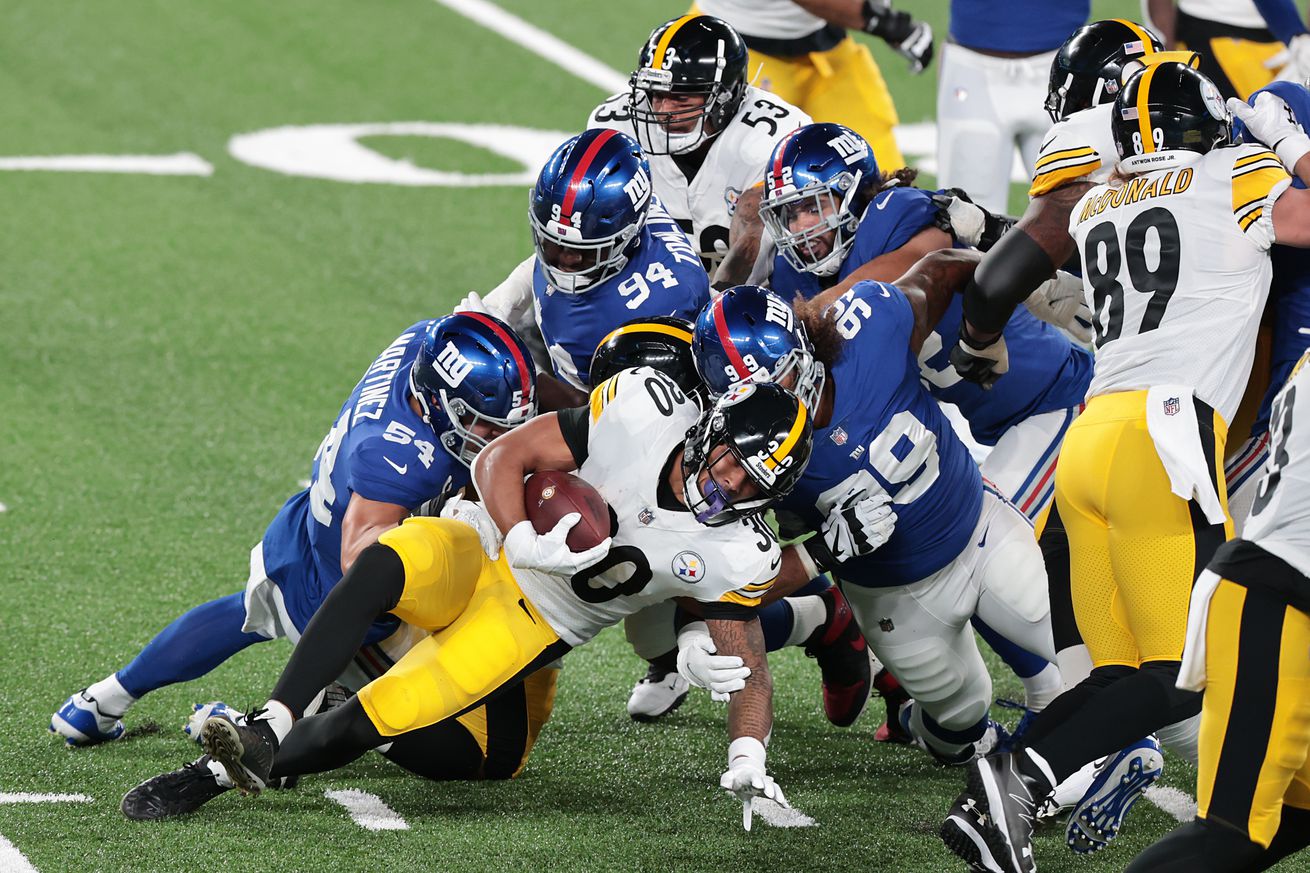 Pitt alum and Pittsburgh Steelers running back James Conner was injured in the second quarter of his team’s Monday Night Football matchup with the New York Giants. At the time, all that was known about the injury was that it affected his left ankle. However, several hours later, it was revealed to be an ankle sprain.

Steelers’ RB James Conner suffered a sprained ankle tonight that will be examined Tuesday, but the team is, in the words of a source, “optimistic for a timely return.”

Conner exited the game to have his left ankle taped with 13 minutes remaining in the first half. His injury exit occurred shortly after his sixth rush of the game, a one-yard gain, which was followed by an incompletion to Conner thrown by Pittsburgh Steelers quarterback Ben Roethlisberger. The quarterback was in his first game back after an elbow injury prematurely ended his 2019 season.

The Pitt alum would not return in the first half, and by the third quarter, he was officially listed as questionable to return. Conner would not play another down in the contest.

News of Conner’s departure from the game was disappointing for fans hoping for a return to form for Conner after the running back’s 2019 campaign was also shortened by injuries. In addition to that, Pittsburgh Steelers head coach Mike Tomlin gave the impression that Conner would be relied on heavily this season, calling him the team’s “bell cow” last week.

With Conner out, that bell-cow role was filled by Benny Snell, a second-year back out of Kentucky, who thrived with almost a full game at his disposal to demonstrate what he could do when given a chance. By the final whistle, he had a career-high 113 yards on 19 runs for an average of 5.9 yards per carry. That compared favorably to Conner’s nine yards on six rushes.

With Conner’s status as a starter already in question ahead of the season — at least to the point that Tomlin felt the need to clarify it — and Snell on the rise, it remains to be seen what kind of role will await Conner when he recovers from the injury to his ankle.

At this point, the severity of Conner’s injury is unclear, and a timetable for his return to the field has yet to be established. However, according to Adam Schefter of ESPN, team officials are “optimistic for a timely return.”