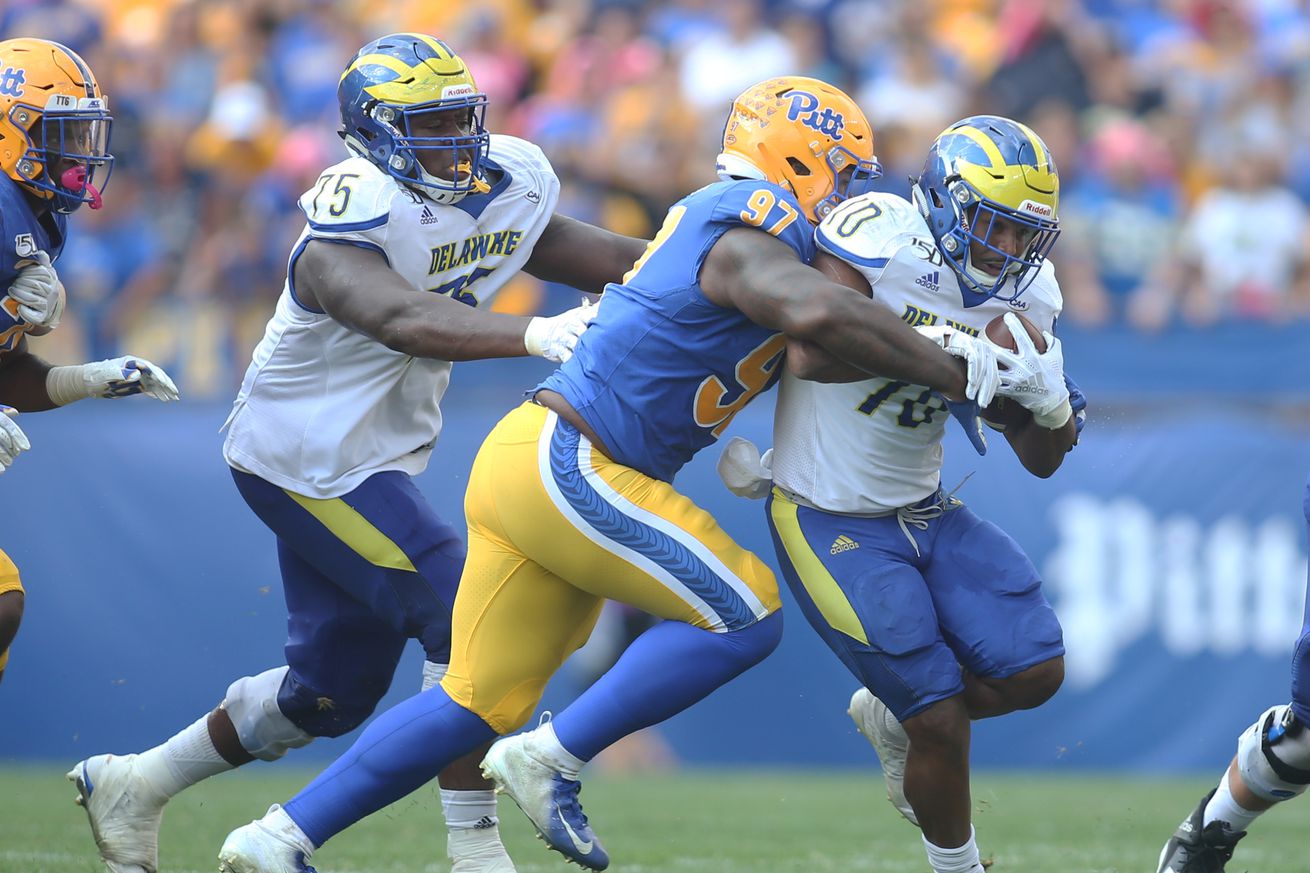 Sporting News announced its preseason All-America teams on Thursday, and two of Pitt’s defensive stars were honored with placement on the squads. Panthers defensive tackle Jaylen Twyman earned a spot on the first team, and Panthers safety Paris Ford was included on the second team. None of Pitt’s offensive players or specialists were on the teams.

Twyman enjoyed a breakout season in 2019, as he came up with 10.5 sacks and 12 tackles for losses, leading the Panthers in both statistical categories and setting the tone for a team that would finish the season ranked first in the nation in sacks per game with 3.92.

For his efforts, Twyman earned first-team All-ACC honors and second-team All-America honors. As a result of the outstanding campaign, he considered entering the NFL draft but was convinced to return for his junior year by Pitt head coach Pat Narduzzi.

Ford also placed himself in the national spotlight with a strong showing in 2019, as he led Pitt with 90 tackles and three interceptions. He also ranked second on the team with three forced fumbles and fourth on the team with nine pass breakups and was a key member of a promising Panthers backfield alongside Damar Hamlin and Damarri Mathis.

As those figures suggest, the safety was a disruptive force for the Panthers defense, and he proved to be a difference-maker for the team on a number of occasions, including Pitt’s narrow 33-30 win at Duke. In that matchup, Ford came up with two picks and returned one for a touchdown. Ford would earn first-team All-ACC honors and third-team All-America honors. Like Twyman, the Pittsburgh native also mulled going pro but opted to return.

The Sporting News All-America teams were dominated by Alabama, which saw seven players honored in 2020. However, Pitt fared well by placing two on the squads, as it tied with Clemson and Wake Forest for the second-most preseason All-Americans in the ACC. Miami led the way with three honorees, and Duke, Florida State, Louisville, NC State, North Carolina, Syracuse and Virginia Tech each had one player included on the list.