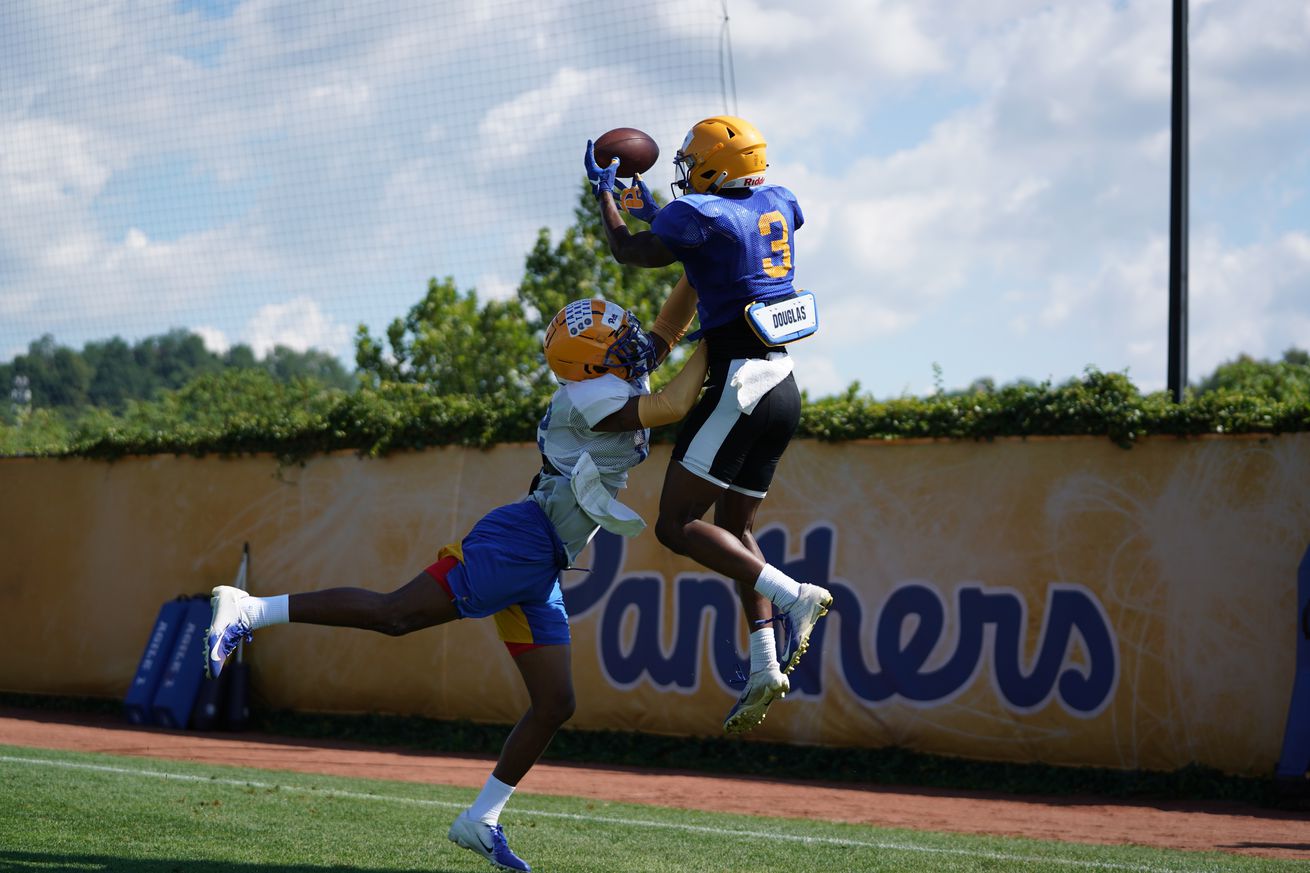 Pitt wide receiver Jordan Addison was named to the 247Sports True Freshman All-American Team on Monday. The incoming freshman made the list after catching the attention of Pat Narduzzi during training camp and could end up contributing early in his college career.

“Pat Narduzzi is tossing out Antonio Brown comparisons for his new wide receiver, Jordan Addison,” Barton Simmons of 247Sports said. “Don’t be surprised if he quickly becomes one of the primary targets for quarterback Kenny Pickett in Mark Whipple’s pass-happy offense.”

The 6’0”, 170-pound pass-catcher was the only member of the Pitt football team included on the list, and he was one of just three receivers recognized by 247Sports. The other two included Tennessee receiver Jalin Hyatt and Mississippi State receiver Lideatrick Griffin.

During his recruitment, Addison held a four-star rating from 247Sports, which ranked him No. 131 in the 2020 class, No. 4 at his position and No. 6 in Maryland. At Tuscarora High School, Addison was a four-year varsity starter, and he had a solid senior campaign, as he had 544 receiving yards and eight touchdowns on 25 receptions. That was enough to earn him all-area honors as well as Super 22 honors from the Baltimore Touchdown Club.

At Pitt, Addison will join a receiving corps led by Taysir Mack and compete with fellow freshmen Jaylon Barden and Aydin Henningham for playing time. Barden also held a four-star rating from 247Sports, while Henningham was given three stars. All three playmakers will attempt to make their mark on a new-look offense coordinated by former UMass head coach Mark Whipple.