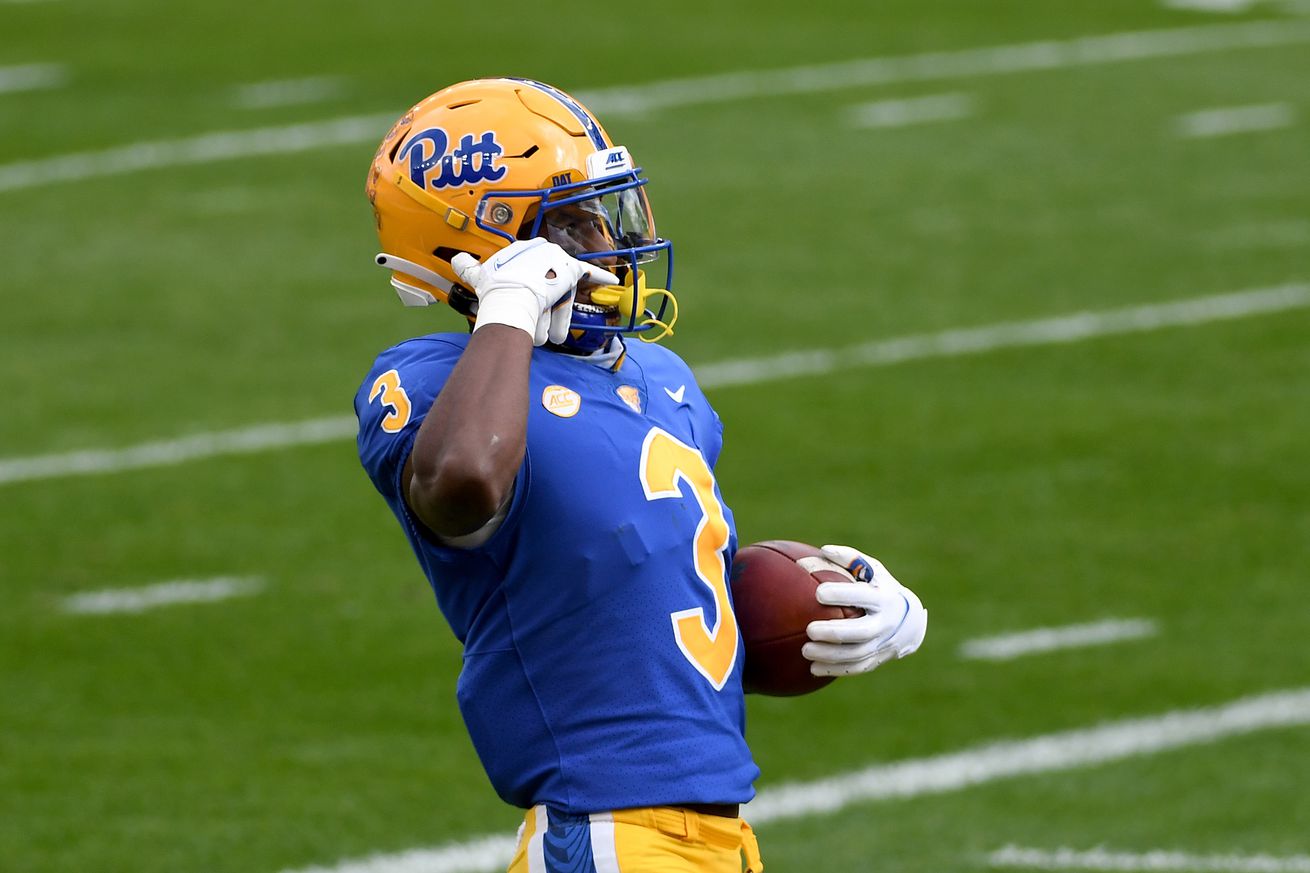 There weren’t too many bright spots in Pitt’s loss to Miami on Saturday. But for the offense, freshman wide receiver Jordan Addison continued to stand out.

Addison has been a solid producer for the Pitt offense all year long, totaling at least seven catches or 75 receiving yards in every game. But his strong season got even better on Saturday against the Hurricanes when Addison hauled in eight catches for 147 yards. Both of those totals were season/career highs.

Addison continues to remain the favorite target of Pitt’s quarterbacks and he was a big reason that backup Joey Yellen had a decent game against Miami. He accounted for more than half of Yellen’s yards.

Late in the game, Addison had a chance to rack up even more yards. However, he couldn’t hold onto a deep ball that was broken up by Miami defender Te’Cory Couch. The catch, would he have been able to hold onto it, would have been a spectacular grab. But it was a last-second breakup and prevented him from getting even closer to 200 yards on the day.

Interestingly, announcers noted that Addison was not in on the team’s critical fourth down attempt on their final possession. If I recall correctly, that came after the missed deep ball, though, so maybe coaches opted to go for a fresh player. But needing a touchdown and down to their final gasp, it was still a little unfortunate that he wasn’t on the field on that play.

Addison continues to lead the team in catches (now with 38 on the year) and he passed up D.J. Turner on the team in total yardage, as he now has 444 receiving yards. Addison’s three touchdown receptions also lead the team and he’s the clear top target on a team still looking for a bit of a breakout offensively.