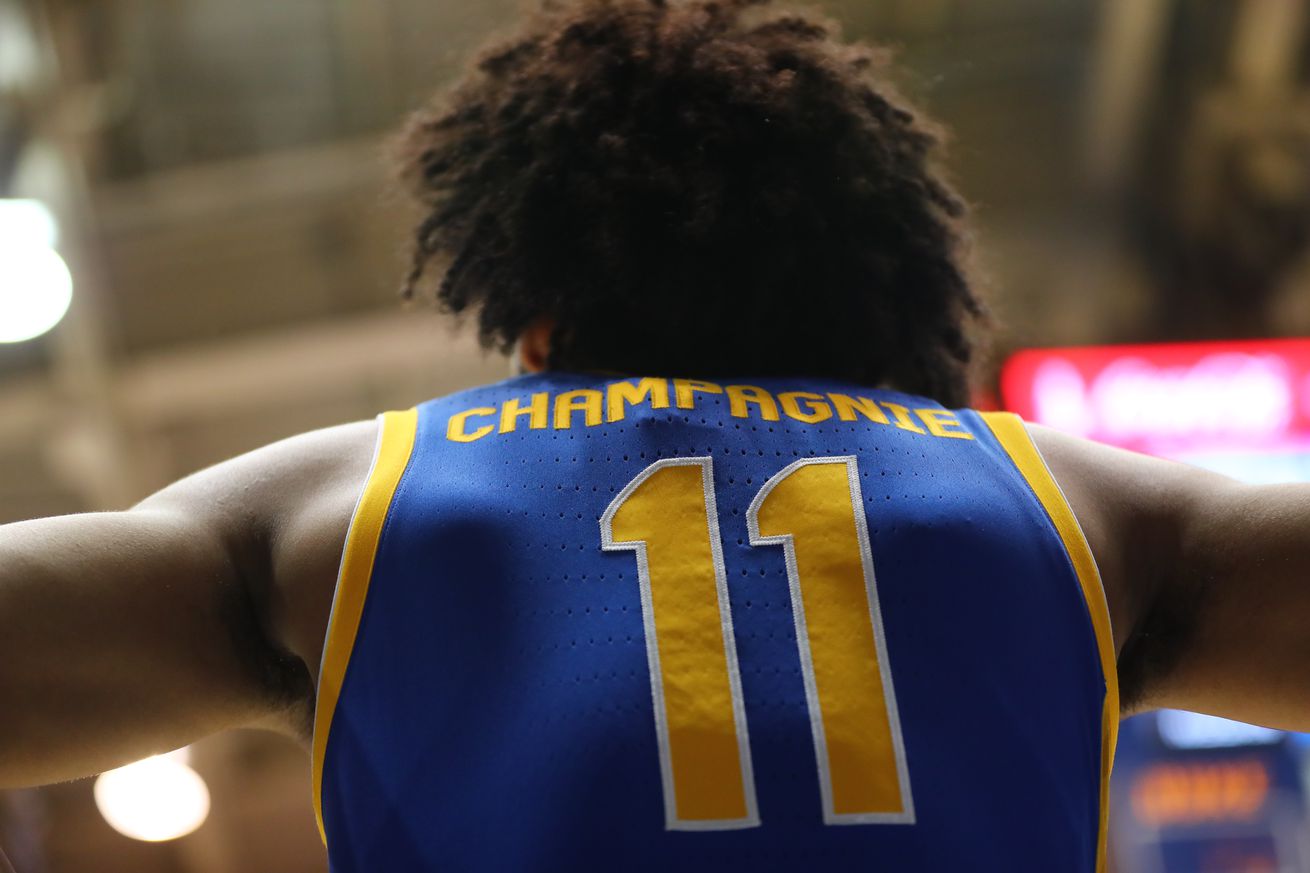 Pitt snapped a seven-game losing streak with an 81-72 victory over Wake Forest in the first round of the ACC tournament on Tuesday, and the driving force behind the win was Panthers guard Justin Champagnie. The rising star was recently overlooked for a spot on the 2020 ACC all-freshman team and entered the game with a point to prove to his detractors.

Using his exclusion from the honorary squad as fuel, Champagnie played the best game of his collegiate career to date, as he posted a career-high 31 points on 13-of-19 shooting, including a 3-for-7 performance from beyond the arc. He also knocked down two of his three free throws and contributed six rebounds, two blocks and one steal in the Panthers’ win over the Demon Deacons in Greensboro.

Sixteen of Champagnie’s 31 points were scored in the first half, and 15 came in the second. And for much of the game, it seemed as if he could do no wrong, as he even managed to come away with two points on a missed dunk that sprung into the air and fell through the net late in the first half.

The Brooklyn native’s big game came at the expense of third-team All-ACC honoree Olivier Sarr and All-ACC honorable mention recipient Brandon Childress, both of whom posted solid stat lines themselves but ultimately fell short in what was essentially a home game for Wake Forest, as Greensboro Coliseum is roughly a half-hour drive from Winston-Salem.

After the game, Champagnie cited the recent ACC all-freshman team snub as a factor that inspired his personal-best performance.

”I feel like I was disrespected,” Champagnie told Katie George of the ACC Network in a postgame interview after the game broadcast. “I feel like I deserved [a spot on the ACC all-freshman team]. But at the same time, the players that made it are great players. I respect them. I just had to come out here and show that I deserve to be on that team.”

Champagnie was not the only person who was aggrieved by his absence from the all-freshman team, as Pitt head coach Jeff Capel also voiced his displeasure with the decision.

“I think [Champagnie] is one of the best freshmen in the conference,” Capel told West Bryant of the ACC Digital Network in a postgame interview. “I thought it was a travesty he wasn’t on the all-freshman team. And for him to come to this stage, the ACC tournament in your first [tournament] game as a freshman, and have 31 points is a big statement.”

With the win, Pitt earned a date with NC State in the second round of the ACC tournament on Wednesday afternoon. The Panthers are 2-17 against the Wolf Pack all time and will likely need another strong showing from their star freshman to log their first victory against the Raleigh-based team since 2014. Pitt and NC State will tip off from Greensboro at 2 p.m. ET.