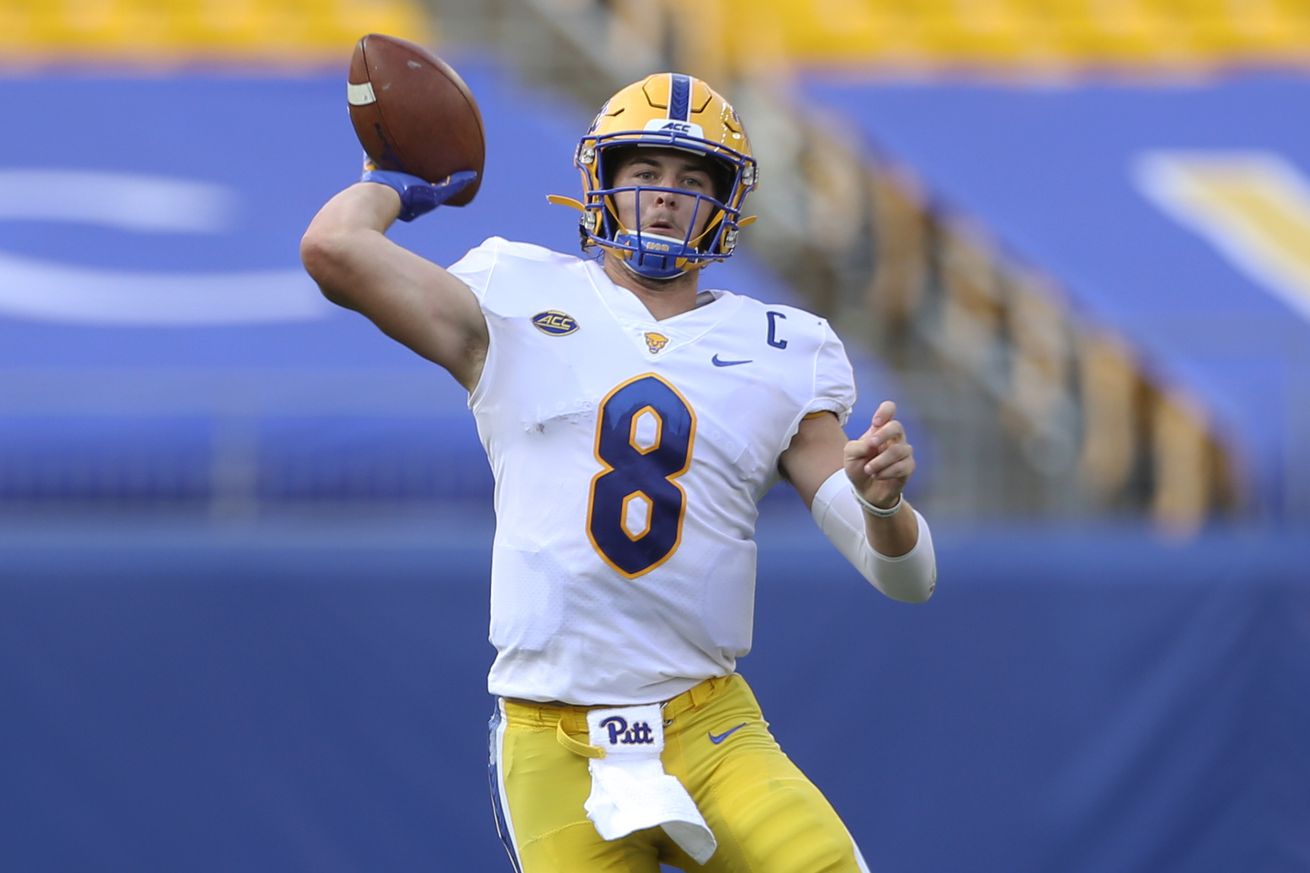 The big question for Pitt heading into the 2020 season was how well the Panthers offense would fare after an abysmal campaign in 2019. And with the team’s obliteration of Austin Peay by a score of 55-0 on Saturday, it appears the Mark Whipple-molded offense has taken some major steps forward since last December.

After failing to score 20 points in six of 13 games last season and topping out at 35 points against UCF, the Pitt offense made a statement in its season-opening victory by putting up 50 points in a game for the first time since Nov. 10, 2018, and posting its highest score since Nov. 26, 2016. The win was unique for the Panthers in the Pat Narduzzi era, as the team has struggled to put away FCS opponents like Delaware and Youngstown State in the past, and Pitt’s success had everything to do with the dominant play of Kenny Pickett.

“He did a great job,” Pitt head coach Pat Narduzzi said after the game. “When we wanted to be explosive, he was explosive. … He was on fire. And again he led our offense. He’s the key to our offense. He’s a captain, but he’s been a leader for the last three years and he’s going to be a great leader now as a captain and a quarterback. He did an outstanding job. I don’t know if you could have played any better than Kenny Pickett played today.”

Pickett threw for 277 yards and one touchdown in the game and completed 70 percent of his 20 passes. The quarterback was aided by Maryland transfer D.J. Turner, who led the team with 76 receiving yards and a touchdown, as well as Shocky Jacques-Louis and Jaylon Barden, both of whom came up with 68-yard receptions. And while the Pitt passing game looked more fluent than it has in recent years, it actually could have been even better.

One missed opportunity reminiscent of those the Pitt offense commonly encountered in 2019 came with 9:40 left in the second quarter. Pickett hit Kyi Wright in the numbers, with nothing but open field in front of Wright. However, the tight end never got a handle on the ball, and what should have been a 30-yard touchdown reception became a 2nd-and-10.

Pickett added eight passing yards on that drive, which ended on an Israel Abanikanda touchdown run. So the Wright drop subtracted 22 yards and a score from the signal-caller’s final stat line, which would have put Pickett at 299 yards and two touchdowns on the day. Of course, Wright’s drop was not the only one, as Jacques-Louis and Addison also failed to reel in catchable passes. So had all gone to plan, Pickett could have had the seventh 300-yard game of his collegiate career.

The thing is, those drops all occurred in the first half, which is when all of Pickett’s stats were accrued, as Pickett and most of Pitt’s first-stringers were benched after taking a 42-0 lead in the first two quarters. And going on pace and the probability that the Austin Peay defense would not have drastically improved, Pickett could have ended up with 500 yards and a career day had he finished the game.

Still, in terms of yardage, Pickett put on one of the top 10 performances of his career based solely on his efforts in one half of action, and that bodes well for a Pitt team that will need him at his best in order to fully benefit from the elite defense Narduzzi has constructed.

The next step for Pickett is to prove he can play the game with this much composure in ACC competition, as that was an issue that came up from time to time in 2019. Specifically, all nine of his interceptions last season came against conference opponents, and Miami and Virginia Tech both held him to zero touchdowns and less than 150 passing yards.

Pickett will get a chance to wade into ACC action against Syracuse, a team Pitt has traditionally thrived against, next Saturday at Heinz Field. However, Miami and Virginia Tech both loom late in the season for Pitt as they did last year. How Pickett handles those games and the pressure that comes with them, will go a long way toward determining how successful the Panthers will be in 2020.