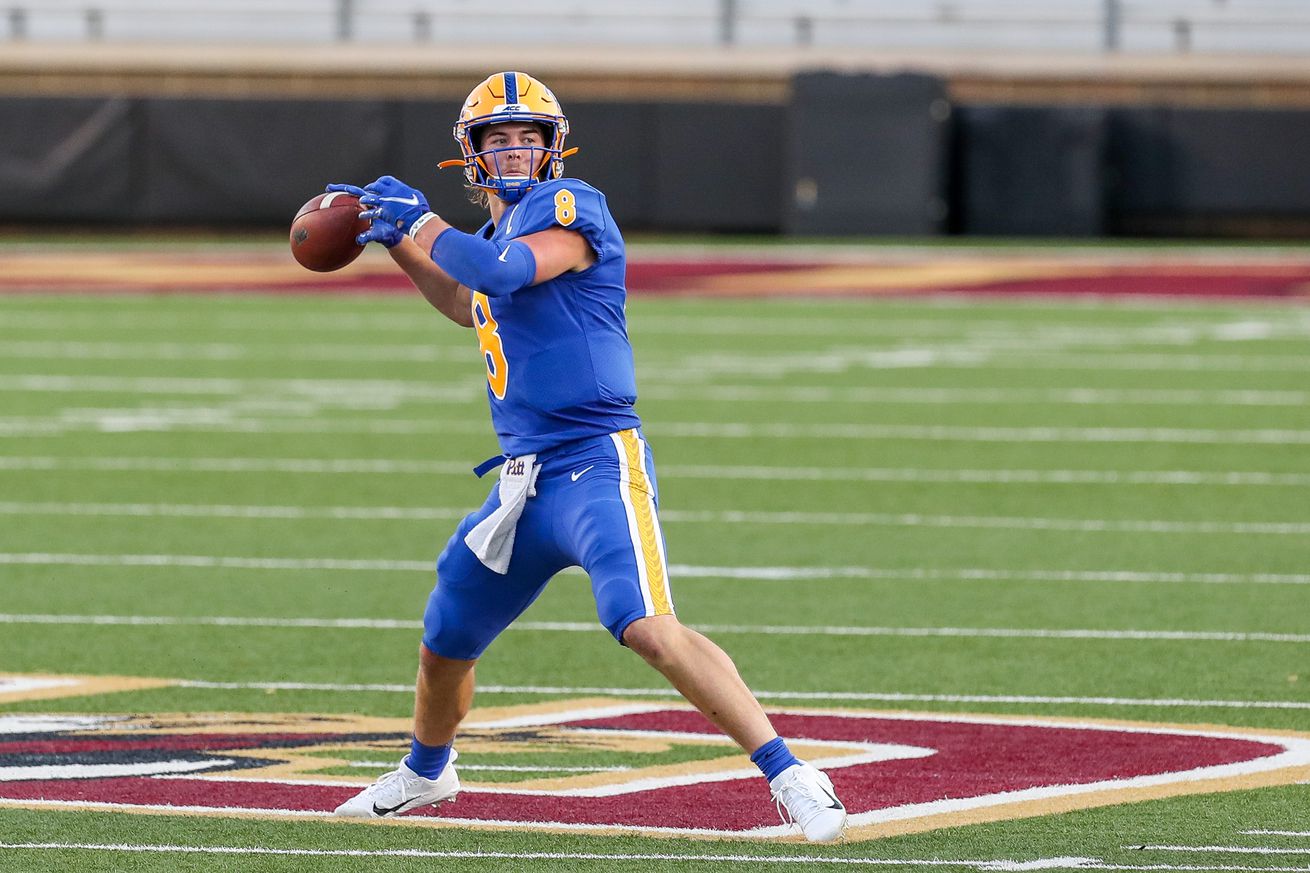 The Pitt quarterback has been sidelined with an ankle injury since Oct. 17

Pitt has been without starting quarterback Kenny Pickett for the better part of a month, as he suffered an ankle injury in the team’s 31-30 loss to Boston College on Oct. 10 and subsequently sat out for the team’s matchups with Miami and Notre Dame. However, Pickett is expected to start against Florida State on Saturday, according to multiple reports.

Pickett’s return has been highly anticipated, as the Pitt offense has ground to a halt in his absence. With Joey Yellen under center, the team has averaged 11.0 points per game and lost two in a row to ranked foes who thoroughly outmatched the Panthers. Prior to Pickett’s absence, the team was averaging 31.6 points.

Yellen performed decently in his first start in Pickett’s stead, throwing for 277 yards and one touchdown against No. 13 Miami with no interceptions. However, he fumbled the ball twice, failing to recover one of those fumbles, and completed just 22 of his 46 passes on the day. Those issues, paired with the Pitt offense’s inability to capitalize on scoring chances, saw Miami pull away for a 31-19 win.

The wheels fell off for Yellen and the Pitt offense against No. 3 Notre Dame, as he once again completed less than 50 percent of his passes, going 10-for-27 on the day, and threw for just 101 yards. He also gave up three picks, and although he did not fumble the ball, each of the two signal-callers who stepped in for him, Nick Patti and Davis Beville, coughed up the ball once. As a result of all the miscues, Pitt was throttled by Notre Dame 45-3.

Pitt will look to right the ship against a 2-4 Florida State team that recently knocked off a fifth-ranked North Carolina but also suffered losses to weak opponents like Georgia Tech and Louisville. Pickett could be the key to the team’s success if he plays at 100 percent, as Florida State has given up 208.7 rushing yards per game and 281.8 passing yards per game, making its defense one of the worst FBS defenses Pitt has faced this season.

When Pickett was injured back in October, he led the nation in passing yards, with 1,389 through five games, and was on pace for a second-straight 3,000-yard campaign. With him having missed two games and sitting for the second half of the 55-0 blowout of Austin Peay, he may fall short of that mark but could carry Pitt to a win over a struggling Florida State.