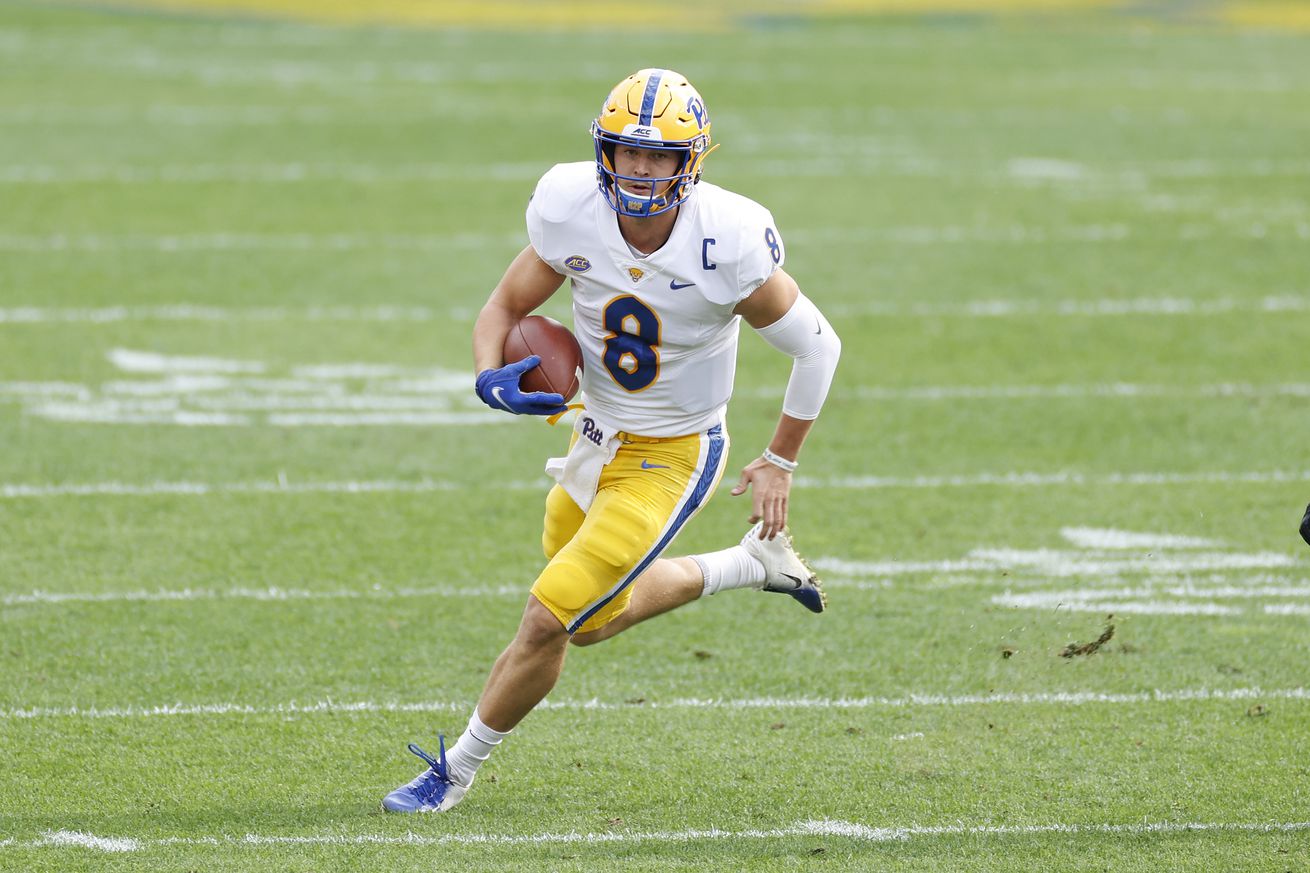 So far this season, Pickett has not only been an outstanding presence in the Pitt offense but also among quarterbacks across the country. At the program level, Pickett is the catalyst of the Panthers offense and is easily the most valuable offensive player in the Pitt locker room. But Pickett’s performance this season also compares well with those of the best senior signal-callers in the country.

Through Pitt’s first eight games of the 2020 season, Pickett has thrown for 1,599 yards and eight touchdowns, with just three picks. However, he has added six scores and 132 yards on foot, and his totals of 1,731 yards and 14 touchdowns were accrued over just six games, as Pickett was injured for Pitt’s losses to Miami and Notre Dame, with Arizona State transfer Joey Yellen starting in his place.

Those two losses demonstrated Pickett’s value to Pitt, as the offense sputtered with him out of the lineup, scoring an average of just 11 points per game without him. With Pickett under center this year, the Panthers have scored 33.2 points per game. They are also 4-2 with him in and 0-2 with Yellen running the offense.