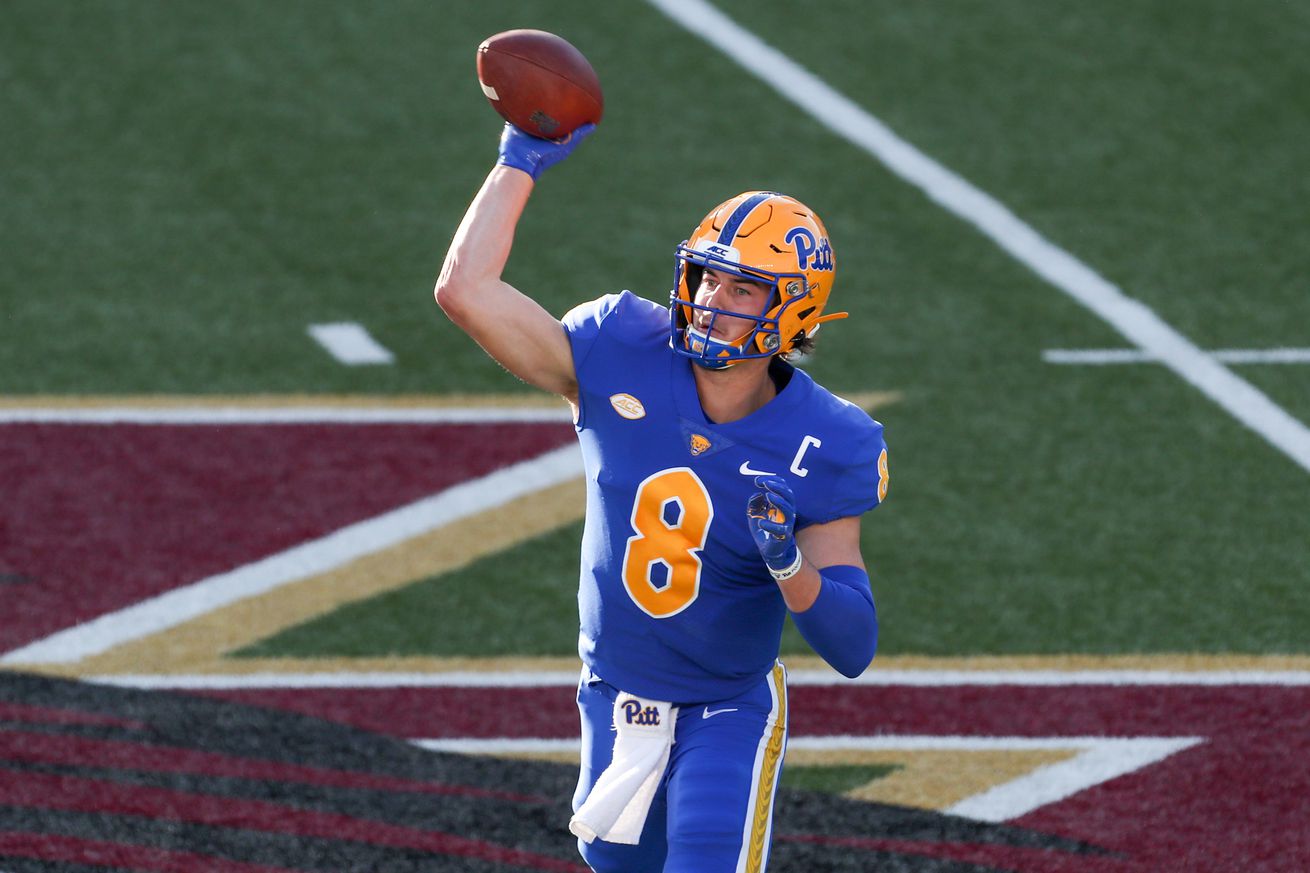 Pitt quarterback Kenny Pickett injured his ankle in his team’s 31-30 loss to Boston College last week, leaving his status for the Miami game in question. On Saturday, Brett McMurphy of Stadium reported that Pickett will not start for Pitt, and it was later revealed that he did not travel to Miami with the team.

Saturday’s game is the first matchup Pickett will miss this season and just the second he will miss since the start of the 2019 season. The last time Pickett was unable to play was when Pitt hosted Delaware at Heinz Field last September, which forced Pat Narduzzi to start Nick Patti in his place. The result was a tight 17-14 win over the Blue Hens in which Patti completed 62.2 percent of his passes for 271 yards and two scores. But this year, Pitt’s starter will be Davis Beville or Joey Yellen.

Up to this point, Narduzzi has been tight-lipped about Pickett’s status as well as who might back him up in the event that Pickett is unable to start. However, Yellen saw the most recent action out of the two backups, as he took a few snaps during the Boston College game, and he will get the start this week.

Neither Yellen nor Beville are especially experienced at the FBS level, but Yellen gets a slight edge in that respect, as he started a game for Arizona State against USC last year and performed admirably. In that game, Yellen threw for 292 yards and four touchdowns while completing 63.6 percent of his passes. However, he did have two interceptions, one of which killed what could have been a game-winning drive for the Sun Devils. Arizona State ultimately lost that game 31-26.

In Pickett, Pitt loses one of the top passers at the FBS level, as Pickett has thrown for 1,389 yards this season, which ranks third in the nation. His mobility has also been vital to Pitt’s offensive success, as his quick runs have resulted in many big plays and conversions.