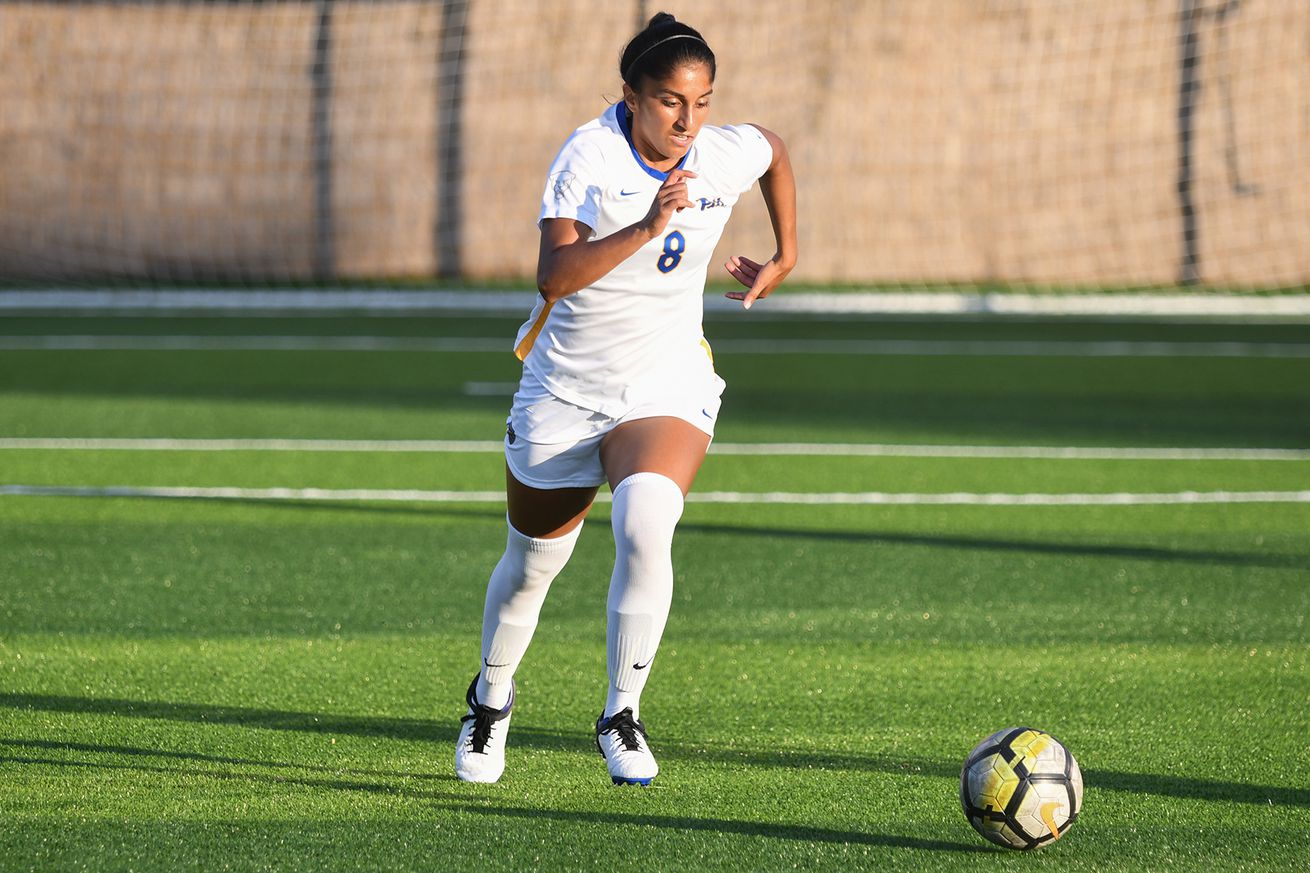 The Canadian duo was joined by defender Kate McKay, who earned ACC honors

Pitt women’s soccer coach Randy Waldrum got excellent performances out of Amanda West, the team’s breakout star of 2019, as well as Albany transfer Leah Pais, who looks poised to post a breakout campaign of her own in 2020, during the Panthers’ trip to North Carolina to face Appalachian State. And as a result, the two rising stars were recognized by Top Drawer Soccer as members of its Team of the Week.

The two Toronto-area natives scored five goals in the Panthers’ two-game series with the Mountaineers, during which the team as a whole outscored the hosts 11-1. West scored two goals and came up with two assists, and Pais had three goals, including the first two goals of Pitt’s 2020 season, and one assist.

In addition to their impressive individual performances, the Canadian duo linked up well in the Pitt attack. Pais’ second goal in the 4-0 shutout of Appalachian State last Thursday was made possible by West, who chipped a well-placed cross into the box. And after scoring two goals of her own, Pais set West up for her first goal of the 2020 season.

Then, in the Panthers’ 7-1 defeat of the Mountaineers on Sunday, Pais opened up the scoring for the team for the second consecutive game, and West scored once as well. West also set up two goals by Anna Rico, who had a great week in her own right.

While Pais and West took home national honors for spearheading an overwhelming Pitt attack, Kate McKay was recognized at the conference level as the ACC Defensive Player of the Week for the role she played on the team’s smothering defense, which gave up just one goal over two games. McKay also chipped in one goal, which was the junior’s first of her Pitt career, as well as two assists on the offensive end of the pitch.

The trio of standouts will be in action once more on Thursday, when Pitt hosts Syracuse in its ACC opener. The match is set to kick off from Ambrose Urbanic Field at 7 p.m. ET.