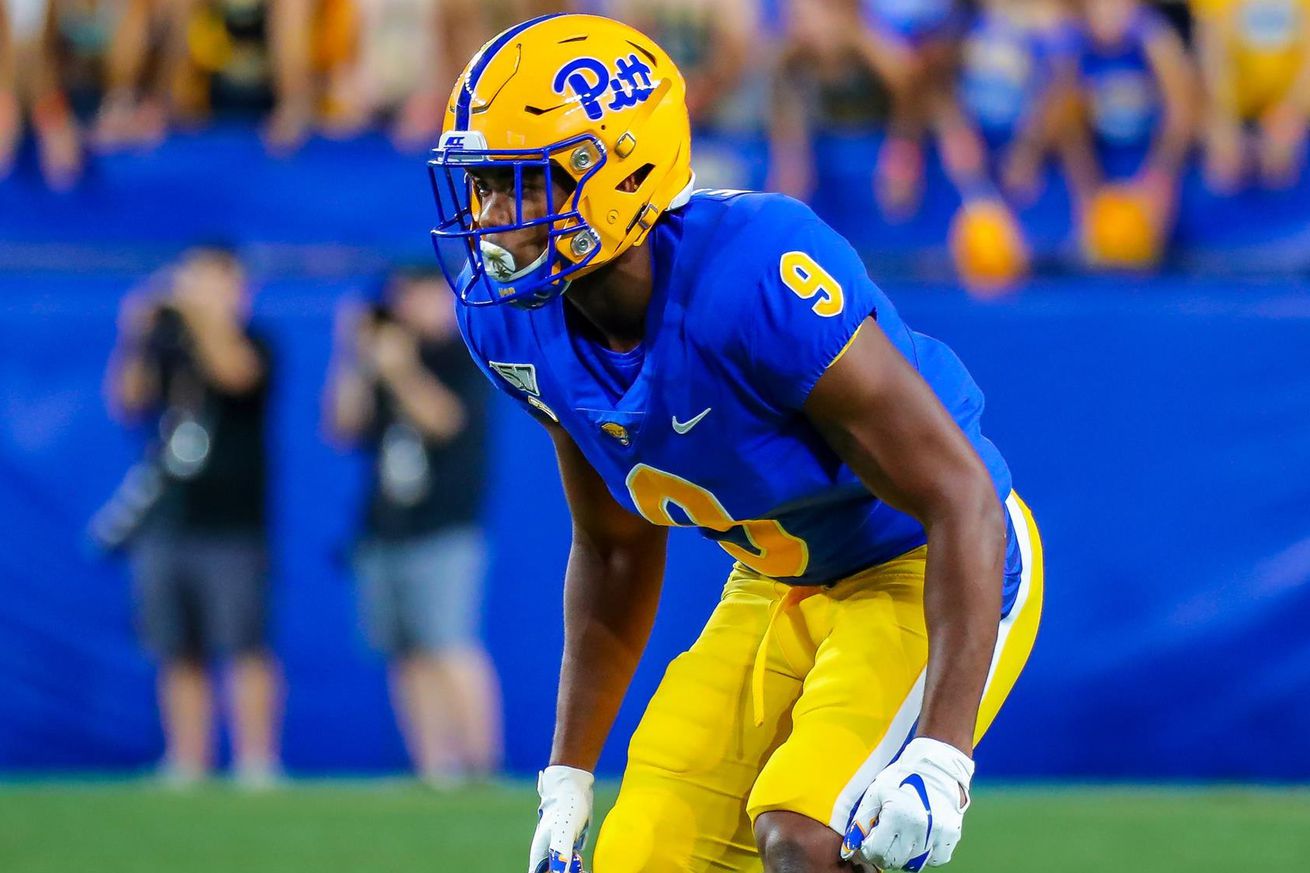 The wide receiver out of Vero Beach, Florida, joined the program in 2017 and played in a total of nine games

Pitt head coach Pat Narduzzi announced during a Labor Day press conference that Panthers wide receiver Michael Smith had received a medical exemption, which will bring an end to his playing career at Pitt.

During his press conference, Narduzzi revealed Smith suffered an injury to his lower back and had not fully recovered. Smith is the second member of the Pitt receiving corps to see their career come to an end with an exemption, as Narduzzi announced in August that Dontavius Butler-Jenkins was also finished at Pitt after a lingering knee injury had hindered him as well.

“Dontavius was medical, so was Michael,” Narduzzi said of the two receivers. “Michael had, I guess, a lower-back injury. Again, nothing critical. He was out there for a long time, put it that way. He was out for camp, didn’t seem to be getting any better. Didn’t seem like he was going to be able to make it.”

“I feel bad for Michael, but he’s going to get his degree,” Narduzzi continued. “He’s staying here in school. But he is a medical [redshirt]. He will not play for us this year. Great kid.”

The 6’1”, 215-pound pass-catcher was a three-star prospect when he committed to Pitt on Jan. 18, 2017. At the time, he held offers from nine programs, including Georgia Tech, Indiana and Notre Dame. Smith earned the attention of those Power Five coaching staffs with his play at Vero Beach Senior High School, where he had 66 catches for 1,556 yards and 24 touchdowns during the 2016 season.

Unfortunately for Narduzzi and his staff at Pitt, Smith was never able to successfully make the transition to the college game and did not earn the opportunity to put on a similar performance during his time in Pittsburgh. As a result, Smith finishes his Pitt career without logging a reception or a single yard from scrimmage. However, he did record one tackle in 2018 and another in Pitt’s kickoff coverage unit 2019.