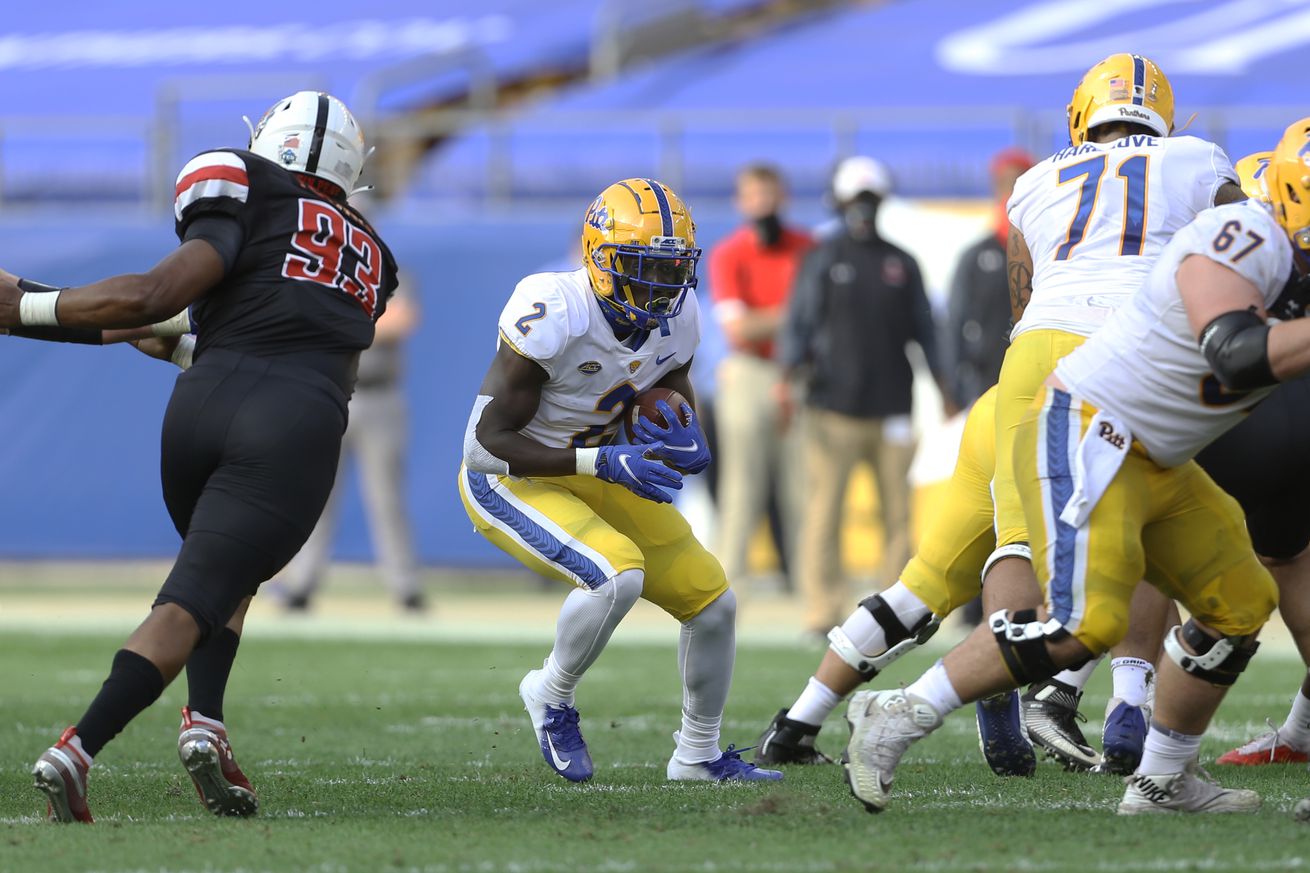 The Pitt offense has had its ups and downs this year. The passing game has generally been pretty good but has struggled at times. The field goal misses on special teams have been well documented, too. But without a shadow of a doubt, it’s the running game that has failed to provide enough of a boost.

Heading into the season, there were question marks about the running backs and that’s because, well, last year they were not great, either. In 2019, A.J. Davis led the group with only 530 yards. But if you go beyond the totals, the picture wasn’t quite as bleak as it seemed. Davis had a solid 4.2 yards per carry and both Vincent Davis and Todd Sibley were at 5.0 (Davis at 5.1). V’Lique Carter, the fourth back used, was technically the worst of the bunch and even he averaged 3.7 yards per attempt. The fact is that Pitt was simply running less.

Given that all returned with the exception of Carter who transferred, hopes were high that the running game would be even better. That was especially true because the Panthers added freshmen Daniel Carter and Israel Abanikanda to the mix and both earned some early praise from head coach Pat Narduzzi. Put it all together and the unit should be better, right?

Last year, Pitt had two guys average five yards per carry and this year, only one guy getting any number of regular carries is even over four — A.J. Davis and his 4.2 average. Technically, Daniel Carter is first among all backs at 4.7 but he’s been injured and has only seven carries on the year. Even A.J. has been banged up a bit and Pitt’s top two backs with the most attempts have been Vincent Davis (3.3 yards per carry) and Israel Abanikanda (3.5 yards per carry). Sibley, who’s appeared in limited action, is only at 3.4 yards per carry, and the group is decidedly less productive.

So what’s the problem? Well, the backs are unchanged mostly and, as I said elsewhere recently, I don’t think those guys suddenly just forgot how to run and hit holes. I also don’t think this is a situation of guys merely having a bad game or two. We’re halfway into the season and five games in, you’d think the play would be better.

So what about the offensive line? That’s the thing fans will point to but that unit hasn’t changed too much, either, with four of five starters from last year that returned. Maybe you say those guys weren’t great last year but most are back and presumably a year better, as well as the backs are themselves. If nothing else, you’d think the running game would at least be where it was last season.

Finally, there’s the competition. While Pitt’s schedule does get more difficult, to date, it’s not been that tough. I suppose the unit did not have the advantage of 2-3 cupcake games in the non-conference schedule but the Panthers’ non-conference slate has been pretty tough in recent years, anyway.

One thing I think worth mentioning is that, guys are repeatedly getting hit in the backfield this year. And when that happens, it’s got to be easy as a running back to wonder if you’ll see any sort of backfield pressure, let alone be able to effectively look for holes. I think it’s possible for those guys to get tentative as a result and that’s no good. There have been a couple of times this season when Vincent in particular looked hesitant to me back there. Is that contributing to the woes or just ramblings from someone trying to figure out what’s going on? Who knows?

I’m resigned to the fact that the running game is going to struggle. It’s clear that those guys aren’t going to be dominant and are going to have to fight for what they can get. But I suppose if there’s something that gives me hope, it’s that this same cast of characters was better a year ago and could, if nothing else, show some improvement. If Pitt can even get a little more out of its ground attack, it could do wonders for the passing game, which is already fairly decent.