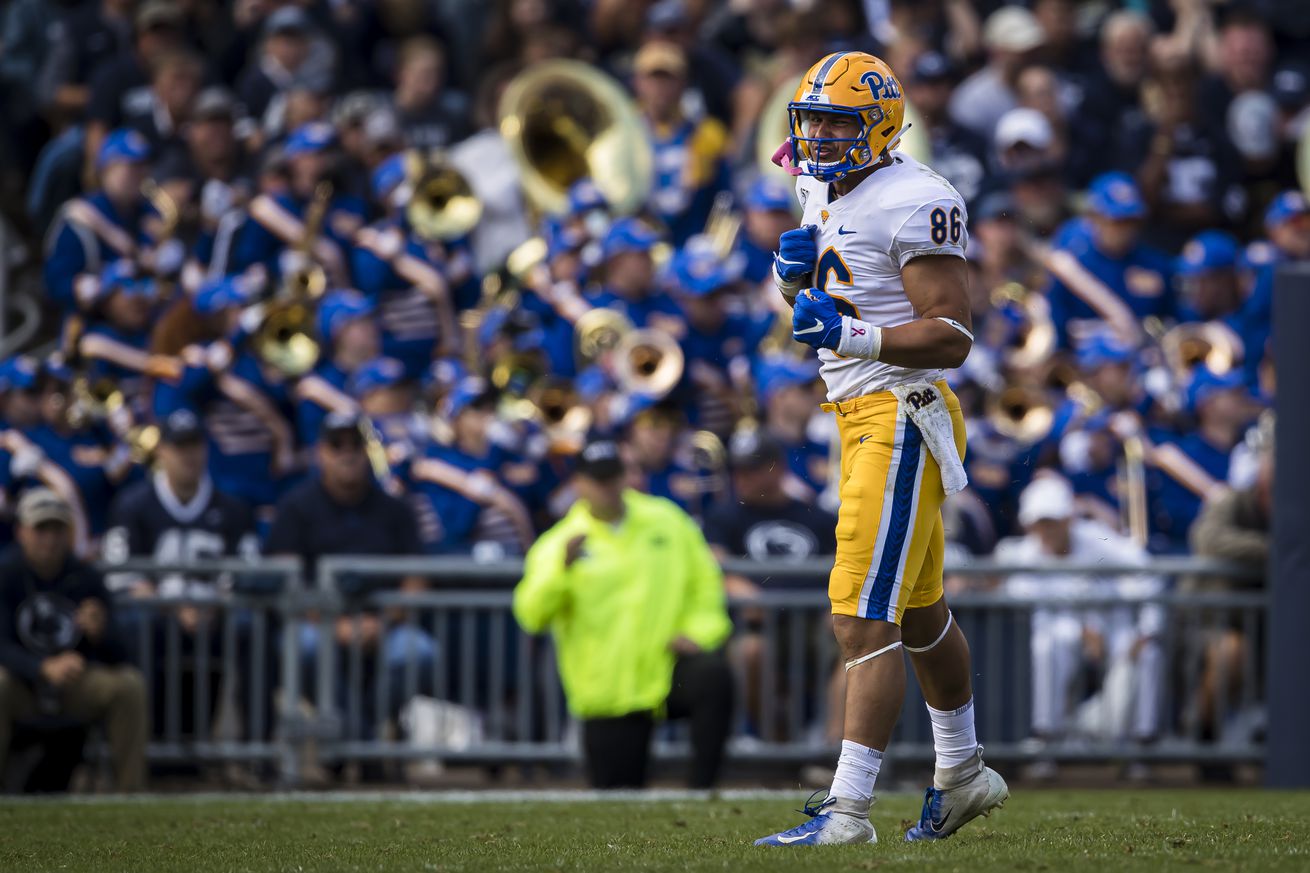 The 6’5”, 252-pound tight end came to Pitt in 2019 as a graduate transfer from Rutgers. In Piscataway, his talents were rarely put to use, as he amassed just 97 yards and one touchdown on 13 receptions with the Scarlet Knights between 2015 and 2018. However, at Pitt, Griffin-Stewart hit the ground running and set new career highs in receptions and yardage, with 185 yards on 19 catches. He also averaged 9.7 yards per reception and hauled in a touchdown that helped Pitt defeat Duke 33-30 at Wallace Wade Stadium in Durham.

The Packers have plenty of depth at tight end but no standouts. Marcedes Lewis and Robert Tonyan are currently listed as starters, and Jace Sternberger and Josiah Deguara are listed as second-stringers behind them. The team also released its top player at the position from 2019, Jimmy Graham, and then saw him sign with the Chicago Bears.

Lewis and Tonyan are the only Packers tight ends other than Graham who accrued any stats in 2019. They combined for 256 yards and two touchdowns last season and have a total of 29 yards and one touchdown between them two games into the 2020 season. Deguara, a new addition to the team, has 12 receiving yards but is currently dealing with an injury.

All that means that opportunity exists for Griffin-Stewart in Green Bay if he’s able to turn heads as a member of the practice squad. But as is the norm for NFL practice squad players, the tight end will likely have some hurdles to clear before that becomes a possibility.