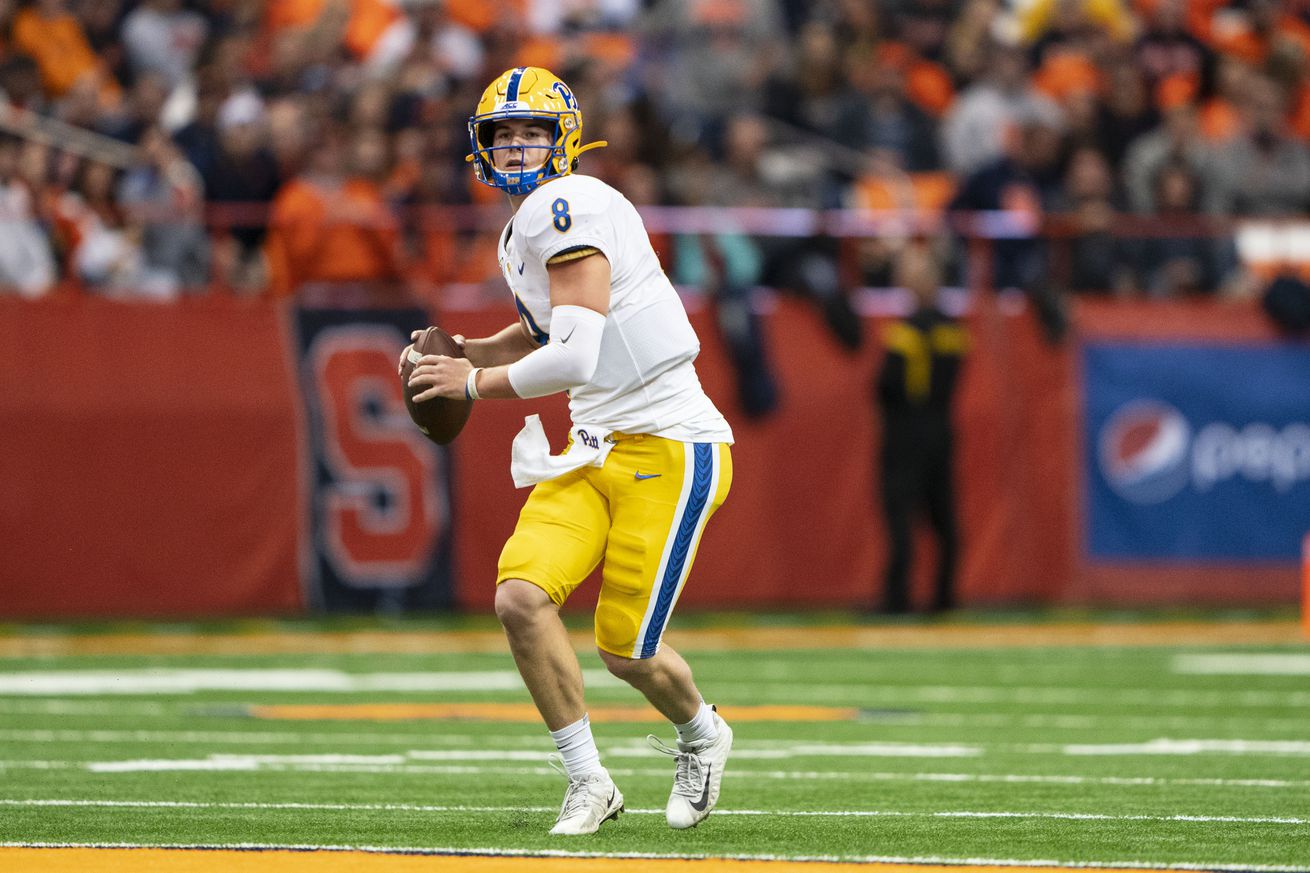 With a tuneup game against Austin Peay out of the way, the No. 25 Pitt football team will face Syracuse this weekend in the first ACC contest of the year.

The Panthers are a heavy favorite coming into the game, picked to win by about three touchdowns. The fact that Pitt is expected to win isn’t much of a surprise. What did raise my eyebrows a bit, of course, was that large number. That type of spread in any conference game is massive.

If you’re a Pitt coach, you’re now in defense mode a bit, trying to guard against players getting swelled heads. First, the Panthers slipped into the Top 25 and now they’ve got Vegas calling for an easy win this weekend. Frankly, a big concern of mine is keeping guys motivated and I want to see the coaches do that this week. Head coach Pat Narduzzi talked after the Austin Peay game about really wanting guys to come out and make a statement in that. They did that. The question is, will they do it again? And again? There’s enough talent on this team that they can and now the coaches have the task of keeping them motivated each week. That won’t be hard as the games get more difficult but they need to do that in games like this where they’re expected to win.

Part of the reason for that big spread is because Syracuse could find it difficult to score points on Saturday. The Orange were held to only six points last weekend against a ranked North Carolina team and did not find the end zone all game. Conversely, Pitt put 55 points up on the board, albeit against an admittedly weak opponent in Austin Peay. Neither team is likely as bad (Syracuse) or as good (Pitt) offensively as they looked this past weekend, though, it is notable that the Panthers certainly could have scored even more had they not pulled starters after the first half. I’ll say this — the Pitt offense has a chance to be good. Very good.

In Syracuse’s opener against North Carolina, the Orange lost, 31-6. That score looks bad but if you watched the game, you know it was much closer than that. Syracuse was right in the game for three quarters, trailing only 10-6 going into the fourth quarter when the wheels sort of fell off the track with three North Carolina touchdowns. The final score wasn’t really indicative of the game as a whole.

The biggest threat the Orange will pose on offense will likely be through the air. Wide receiver Taj Harris burned Pitt on a long catch and run last year on his way to a touchdown and a 100-yard receiving day. If there’s one guy you’re watching for that could do damage, it’s him. Harris sped past Pitt’s Jason Pinnock on that play last year and that’s likely who will draw the assignment on him again this year.

The Orange struggled in the passing game against North Carolina and part of the reason for that is because of woes on the offensive line. Quarterback Tommy DeVito has proven to be capable at times but it’s hard if you can’t stay upright. DeVito was sacked seven times this past weekend and, well, that’s been a theme going back to last year. In 2019, he was sacked at least six times in four different games — and one of those was against Pitt when the Panthers sacked him six times. That was part of a brutal stretch for him where he was sacked 20 times in three games.

The potential exists for Syracuse to do some damage through the air — but they’ll need to give DeVito time to throw and that might be a problem.

Adding to his struggles is that Syracuse’s running game could be nonexistent. Running backs Jawhar Jordan and Markenzy Pierre combined for only 38 yards on 19 carries against North Carolina and the quarterback DeVito (30 yards) was actually the team’s rushing leader. Syracuse had its top two running backs opt out of the season so that really took a questionable unit and has made it one that’s even worse. Pitt’s defense will not have as easy of a time as they did last weekend against Austin Peay but they will very much be facing a Syracuse team with serious offensive questions.

Really, though, I’m intrigued by what we’ll see out of Pitt’s offense. As I stated, they aren’t as good as they looked in that pasting of Austin Peay, but that unit should still be a capable one.

I expect the passing game to be able to move the ball — especially if they get wide receiver Taysir Mack (leading returning receiver) and starting tight end Lucas Krull back as expected. The questions for me remain at running back and while Pitt did fine there last week, we’ll need to see how those guys fare against better competition. The fact remains that, while Pitt’s four-headed attack of guys can be decent, none have really proven themselves yet with the type of consistency you need to see.

Despite those questions, Pitt looks to have a great opportunity to pick up a win on Saturday.