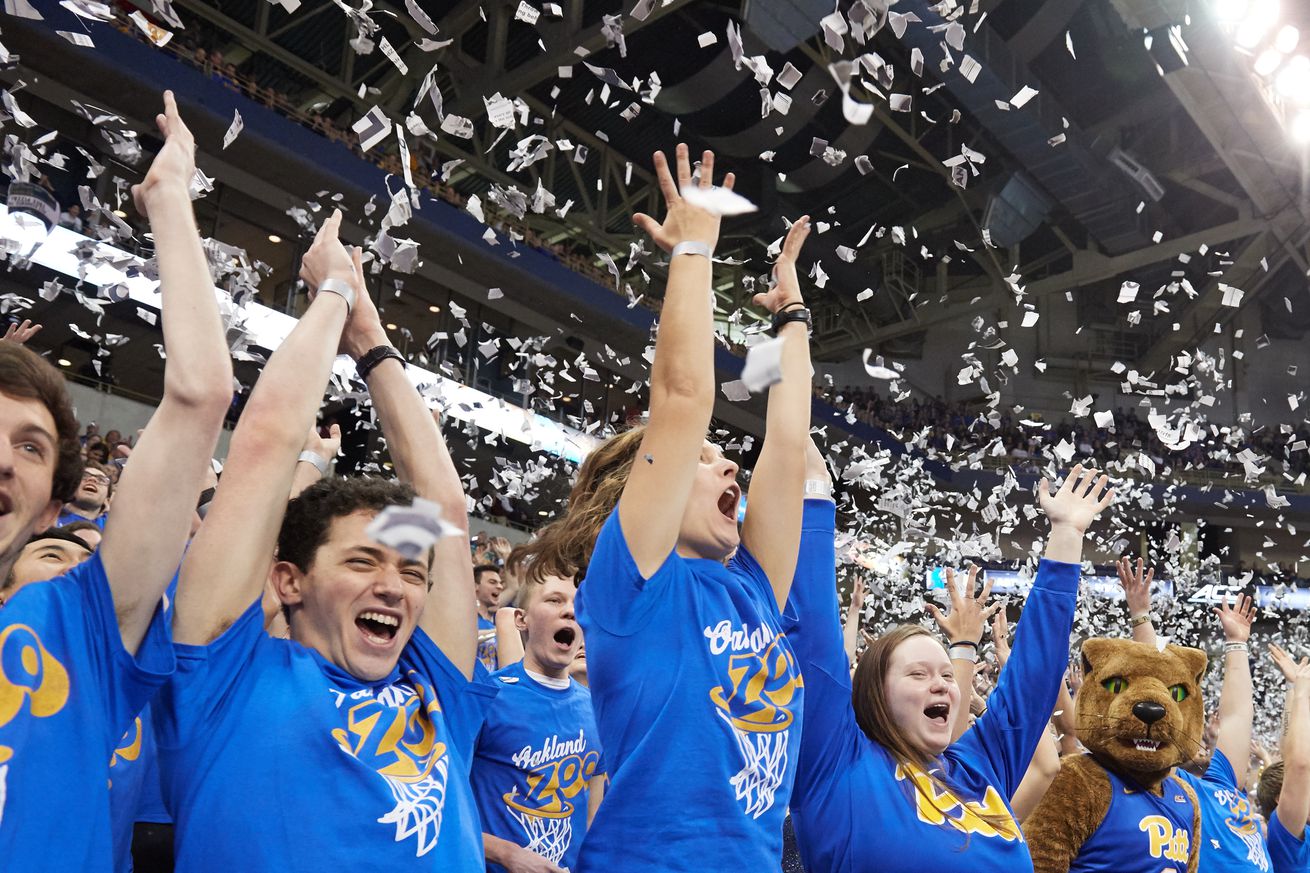 College basketball season is set to tip off on Nov. 25, and Pitt’s student section, the Oakland Zoo, is prepared for the 2020-21 season, as it unveiled its new shirt for the upcoming campaign on Friday. The new shirt recognizes the student section’s 20th anniversary, which will be celebrated on Jan. 13, 2021.

The latest logo for the Oakland Zoo, which is changed every year, is in blue writing, and it is on a gold shirt. Inspired by past designs, the 2020-21 version features the word “ZOO” in all caps with a basketball as the first O and a Pitt logo centered within that first O.

On the back of the shirt is a picture of the Cathedral of Learning with a No. 6 at the top to signify the student section’s status as Pitt’s sixth man. Above that is the phrase “Zoo Era,” which was adopted when Jeff Capel replaced Kevin Stallings as the head coach of the Pitt basketball team. But perhaps the most notable feature of the shirt is the writing on the left sleeve, which say “20 years” in honor of the Oakland Zoo’s upcoming anniversary.

The members of the Oakland Zoo were recently informed that they will be able to attend games this season, as Pitt announced on Tuesday that it will allow 1,250 people to attend each of the team’s 14 home games at the Petersen Events Center this season. Limits have been placed on attendance in the 12,508-seat building in response to the COVID-19 pandemic, and the number of attendees permitted at Pitt home games this season is subject to change.

The Oakland Zoo made its first appearance at the Fitzgerald Field House on Jan. 13, 2001. Led by Pitt students Matt Cohen and Zack Hale, a group of 10 students made up the first version of the cheering section and supported Pitt as it pulled off a 77-65 upset of No. 15 Seton Hall. Over time, the group grew despite an initial lack of support from the school itself and is now made up of over 1,000 students who can be seen courtside at home games.

This season, the Oakland Zoo is likely to have fewer members in the stands because of the pandemic, but there should be no shortage of optimism for a team that is moving in the right direction and has added blue-chip talents like John Hugley and William Jeffress to a lineup that already featured rising stars Justin Champagnie and Xavier Johnson. Pitt’s full schedule has yet to be finalized, but the team will likely begin a brief non-conference slate in late November or early December.