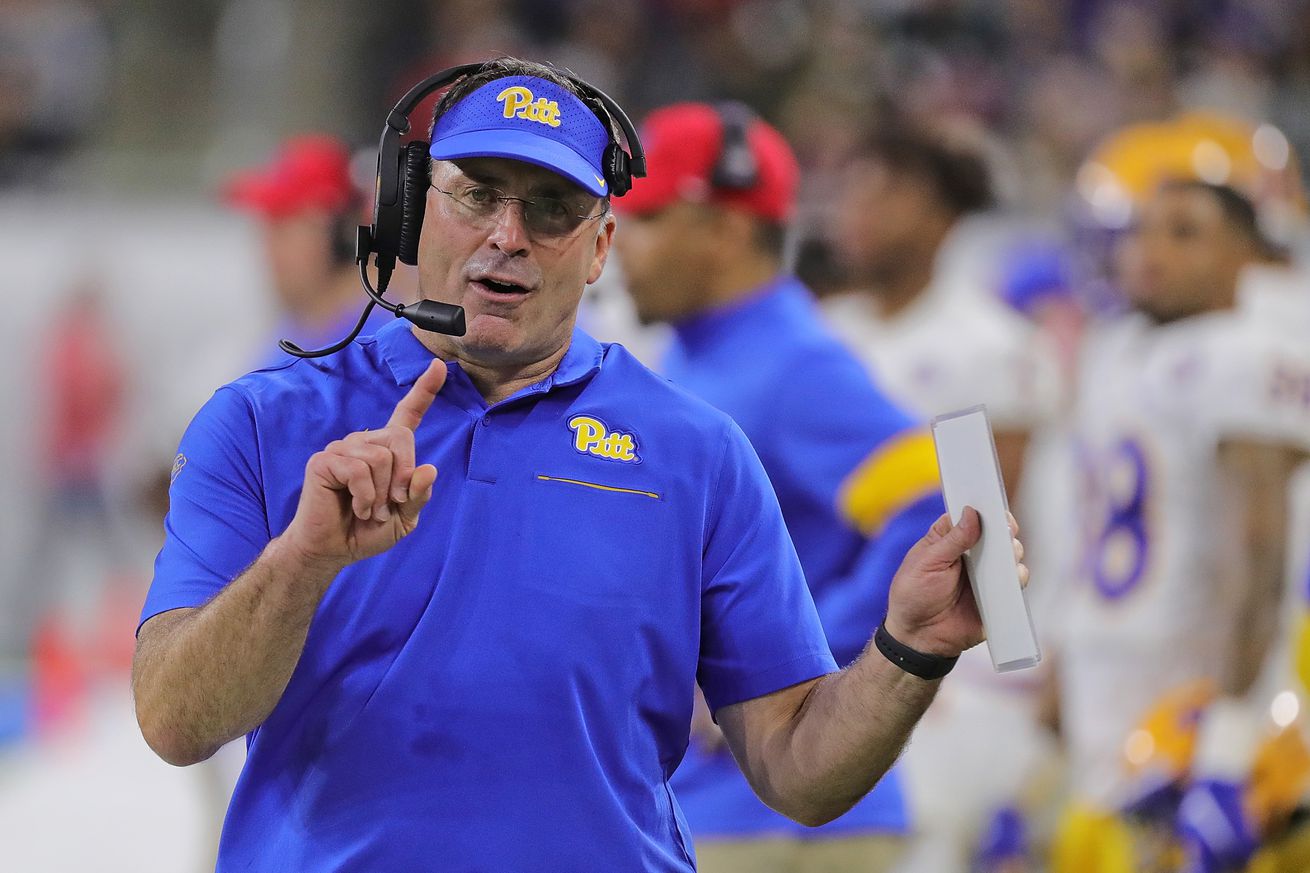 Pitt head coach Pat Narduzzi took part in a media session on Tuesday, addressing a number of topics. Those topics included the video that circulated via social media on Monday of the coach criticizing former Pitt offensive coordinator Matt Canada.

In the video, which captured Narduzzi speaking at the Nike Coach of the Year Conference in 2019, the Pitt coach avoided mentioning Canada by name. However, he provided enough distinct information about him that the other two former offensive coordinators under Narduzzi at Pitt could be ruled out as potential targets of his negative comments.

Most notably, Narduzzi said Canada was “stupid to go.” He also said that “he wasn’t even that good,” despite the fact that Canada was one of five finalists for the Broyles Award, which honors the top assistant coach in the nation, for his work at Pitt in 2016. But rather than acknowledging the negative nature of his comments on Tuesday, Narduzzi changed his tune on Canada, who now works for the Pittsburgh Steelers in the same facilities as Pitt, and blamed the controversy on people who “twist words around.”

“You know, everyone wants to twist words around,” Narduzzi said. “I love Matt Canada. The guy is awesome. Like I said, the guy’s going to find his path one way or another, and he made a heck of a lot of money doing it. I know he wants to be a head coach, and I love Matt. I don’t think anything further needs to be said. If Matt took that the wrong way, I sure hope he didn’t. I have not talked to him since because he’s busy. I’m busy. In our world, it doesn’t matter. That’s about all I’ve got.”

During his Tuesday media session, Narduzzi also called Canada “an unbelievable offensive coordinator,” credited him with doing “a tremendous job” and said he is “happy he’s wearing the black and gold next door.” In addition to that, he emphasized that the point of the comments was to preach patience. So, at least as Narduzzi tells it now, there are no hard feelings about Canada’s departure.