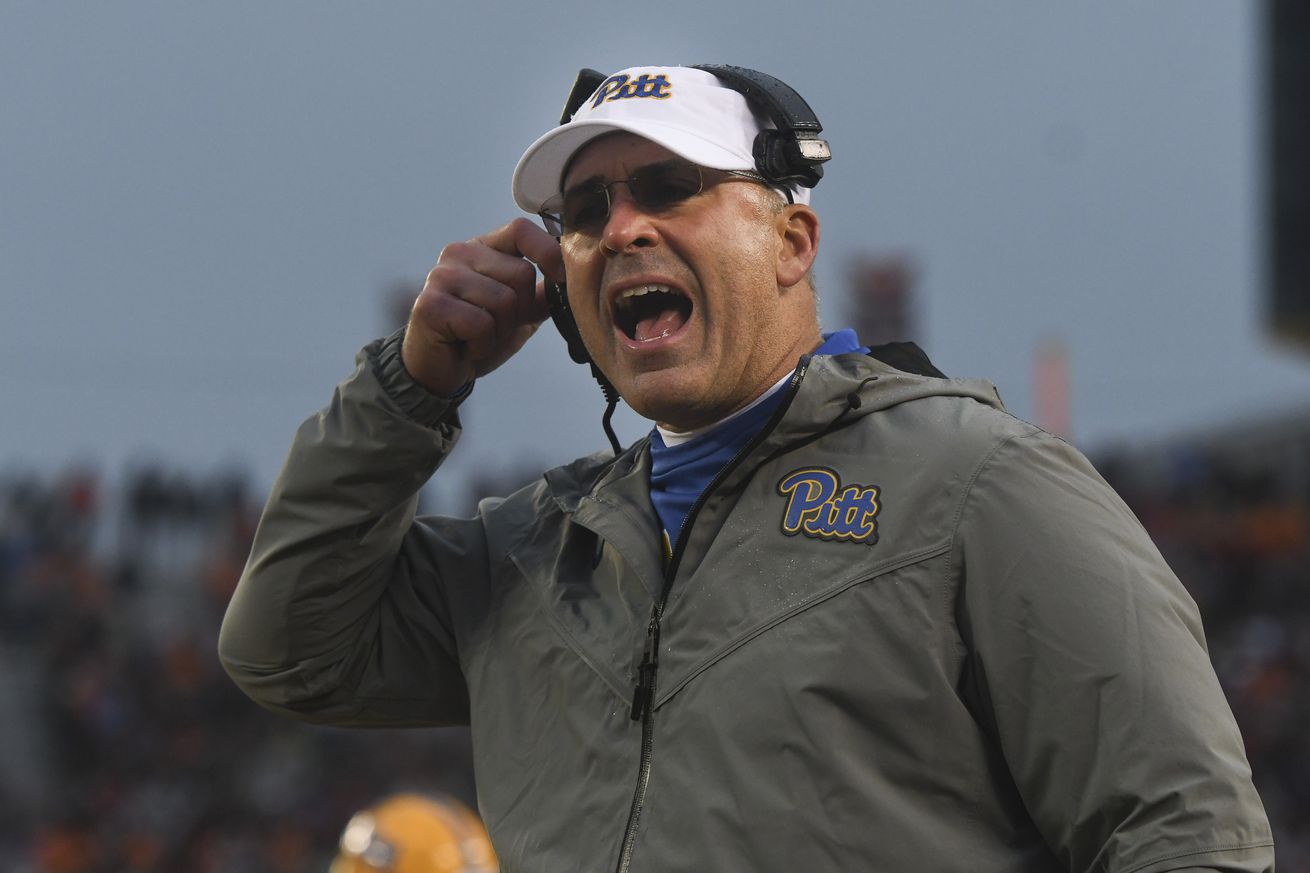 Narduzzi: “They just pulled our schedule apart and had to rebuild it. … There was just no reason to do it.”

With just two days left until Pitt steps onto the gridiron for the first time in 2020, Panthers head coach Pat Narduzzi talked about the upcoming season and the obstacles Pitt and others faced in getting to this point during a Thursday morning interview on 93.7 The Fan. One of those obstacles was getting a schedule in place, and Narduzzi was not pleased with how the ACC meddled with Pitt’s affairs.

“I was happy in one way, and I was mad in another,” Narduzzi said on 93.7 The Fan. “I am excited for the amount of teams we have on our schedule in the ACC that we get to play. I am excited about Clemson. That’s a fact. What I was not so excited about is that they just pulled our schedule apart and had to rebuild it. I just thought that didn’t need to be done.”

“Everybody else seemed to take the people on your schedule and then add a team or two,” Narduzzi explained, referring to other conferences. “All they had to do was add Clemson to our schedule, and we’d have been perfect. But they changed all the teams that we had worked [on] a ton during this pandemic.”

Narduzzi has a legitimate gripe, as the conference did him no favors when the new schedules were unveiled in July. In addition to completely dismantling Pitt’s non-conference schedule, ACC decision-makers also took an innocuous in-conference slate and saddled the Panthers with the task of facing Clemson, Florida State and Miami on the road.

The Clemson game, as well as matchups with Louisville, NC State and Boston College, were added to the schedule at the expense of matchups with softer ACC teams, such as Duke, North Carolina and Virginia, all of which were removed from Pitt’s schedule. In addition, Pitt’s home contest against Georgia Tech was switched to an away game. And as a result of the changes made by the ACC, Pitt loses three opponents that went a combined 21-18 last season and gains four foes that went 32-21.

With all that said, Narduzzi welcomes the chance to take a shot at the conference’s perennial powerhouse in Clemson, a team he holds a 1-1 record against. But the fact that his game-planning against familiar opponents was all for naught seems to trouble him the most. Still, while Narduzzi was displeased with the changes, he said Pitt is ready for the challenges that lie ahead this season.

Pitt kicks off its 2020 season against Austin Peay at Heinz Field on Saturday. The contest will get underway at 4 p.m. Eastern time.