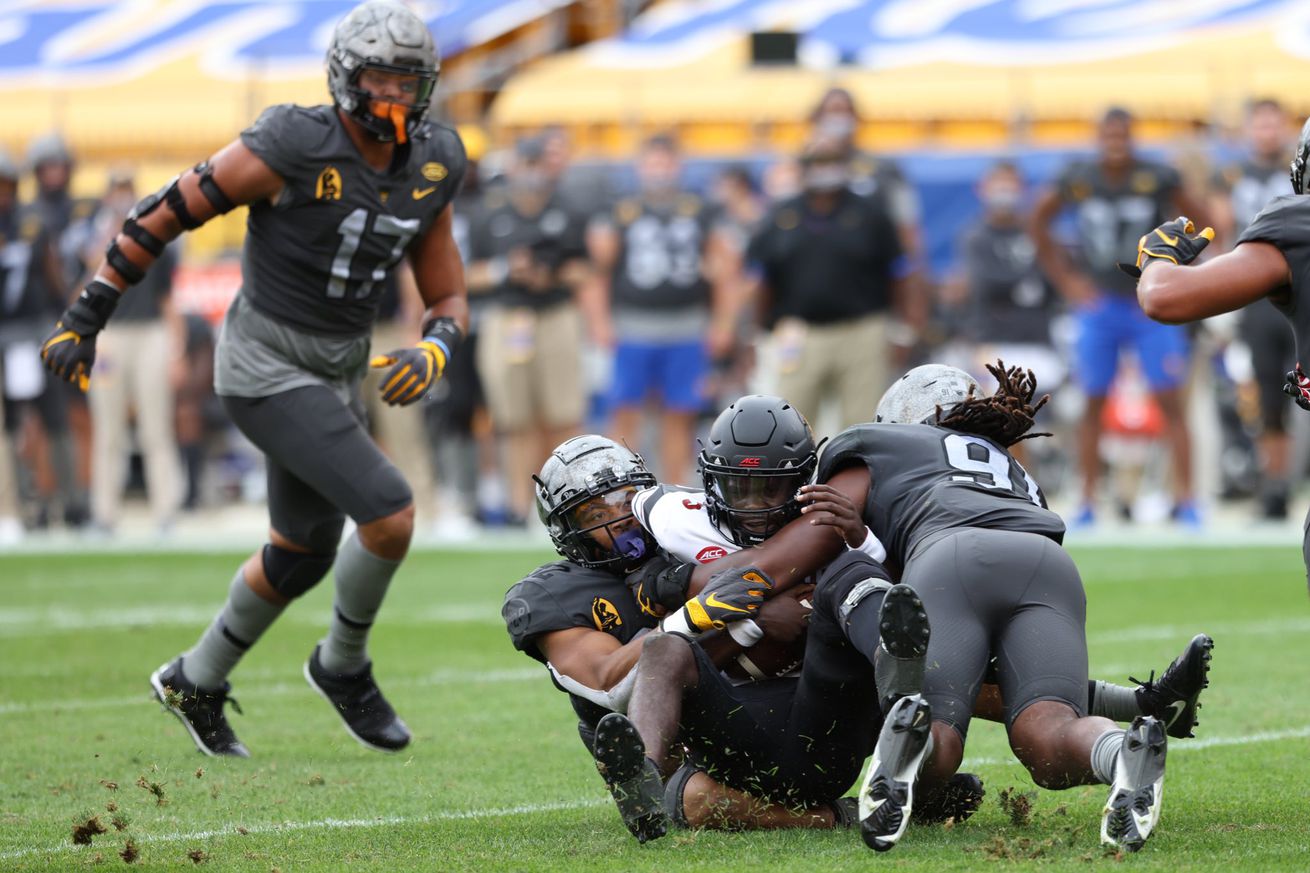 Pat Narduzzi: “He practiced like an animal this week and did a great job.”

The Pitt defense has been otherworldly so far this season, and once again, the defensive line has led the charge for the Panthers. However, Patrick Jones II, one of Pitt’s top contributors on the line from the 2019 season, had been quiet early this season, and that changed in Saturday’s 23-20 win over Louisville.

After largely being held in check for the first two weeks of the season, with just half a sack and zero tackles for losses, Jones went off and racked up three sacks against the Cardinals. His first came during Louisville’s first drive on a 3rd-and-16, and it pushed the Cardinals back seven yards, forcing a punt on 4th-and-23.

Jones remained active in the first half, combining with SirVocea Dennis to bring down Louisville quarterback Malik Cunningham once more early in the second quarter. And he ended the half with another solo sack that pushed the Cardinals back a total of eight yards.

Then, in Louisville’s second drive of the third quarter, Jones teamed up with Cam Bright to bring down Cunningham again. That brought up a 3rd-and-11 that would see Cunningham sacked by Rashad Weaver in what proved to be a common thread in Saturday’s game. All told, the Panthers came up with seven sacks for the second straight game and posted a season-high five quarterback hurries.

“Pat Jones, Rashad Weaver and whoever got those sacks,” Pitt head coach Pat Narduzzi said after the game. “I don’t have a stat on who got them, but I know Patrick had three. He was upset a week ago. He practiced like an animal this week and did a great job.”

After the win over Louisville on Saturday, Jones is tied with Weaver for the team lead in sacks, with 3.5. Weaver was also vital to the Pitt pass rush’s success against the Cardinals, as he came up with 1.5 sacks of his own. And thanks in part to Jones and Weaver, as well as young stars like Dayon Hayes, Pitt has 17 sacks in three games and is averaging 5.7 per contest.

With all that said, the Pitt defense will face a tougher challenge next week, when they take on NC State. While the Wolfpack went 4-8 in 2019 and had their share of struggles in various phases of the game, protecting the quarterback was not an issue. In fact, they allowed 18 total sacks, or 1.5 sacks per game. That mark ranked 17th in the country.

For comparison, Louisville was weak in that regard in 2019, allowing 3.1 sacks per game. And Syracuse, which allowed Pitt to accrue seven sacks last week, was among the worst in the nation, with 4.2. This year, NC State has given up one sack in one game compared to Syracuse’s 15 and Louisville’s 12. And how well the Wolfpack line protects Bailey Hockman against the Pitt pass rush will go a long way in deciding the upcoming ACC matchup.