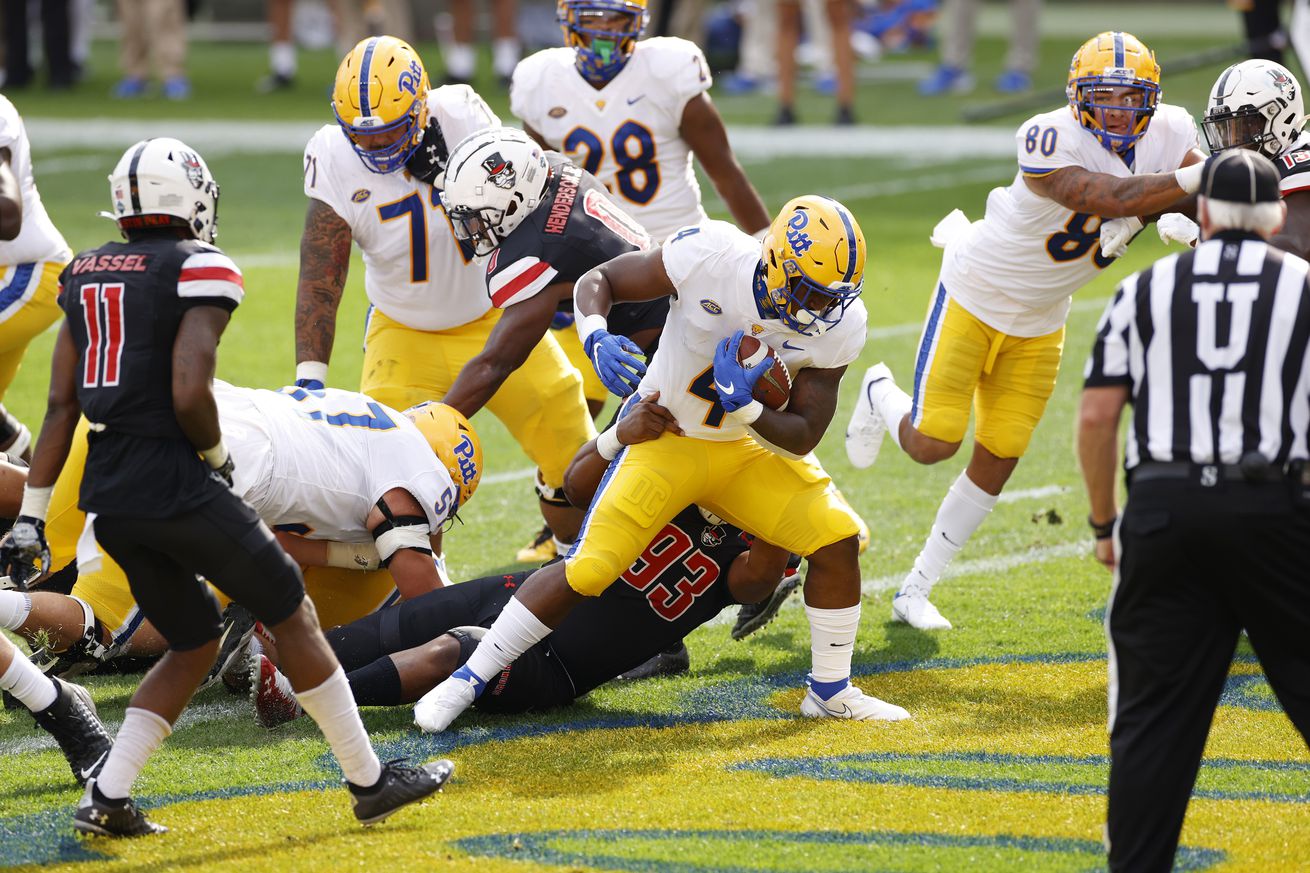 Pitt was not only excluded from the Associated Press preseason poll released on Aug. 24, but it also received zero votes. It seems that fact was not lost on Pitt head coach Pat Narduzzi and his team heading into the season opener against Austin Peay on Saturday, as the Panthers made a statement with an absolute thrashing of the Governors. And as a result of the 55-0 victory, Pitt earned 157 points and the No. 25 spot in the AP Top 25 for Week 2.

While a win over an FCS team is not a major achievement in and of itself, Pitt’s victory was a unique milestone in the Narduzzi era in a number of ways. Most notably, Pitt teams of the past struggled to notch narrow victories over FCS squads like Delaware and Youngstown State under the coach over the last couple of years. And even in comfortable wins over Villanova and Albany, Pitt did not reach 35 points or shut out its opponents.

The defeat of Austin Peay was distinct from those wins in that it was thorough and the team looked relentless in every phase of the game. And with the performance, Pitt laid to rest some concerns about its offense, which was ranked 112th in the nation in 2019.

Of course, the ranking is not just a product of Pitt’s performance, but also of the failures of preseason pretenders like Iowa State, which lost its No. 23 ranking after suffering an embarrassing 31-14 loss to Louisiana. And of course, the removal of nine non-competing Big Ten and Pac 12 teams from the ranking also cleared a path for others to be evaluated.

Pitt’s move into the 25th spot marks the first time the team has been ranked by the AP since Nov. 18, 2018, when it was placed at No. 24 after defeating Wake Forest 34-13 and improving its record to 7-4. That victory would be the last in a four-game winning streak for Pitt, and the Panthers would finish that season with a 7-7 record and an ACC Coastal title.

The outlook for this year’s team looks better moving forward, as Pitt has three games remaining in an early-season homestand. Next up for Pitt is a matchup with a Syracuse team it has gone 4-1 against under Narduzzi. After that, Pitt faces Louisville and NC State before heading to Chestnut Hill to play a Boston College team under new leadership.

Given all that, Pitt has the potential to hold onto its status as a ranked team if it keeps its foot on the gas for the next couple of weeks. However, considering the chaotic nature of Pitt football and the fact that the Big Ten could decide to play in 2020, nothing is guaranteed.