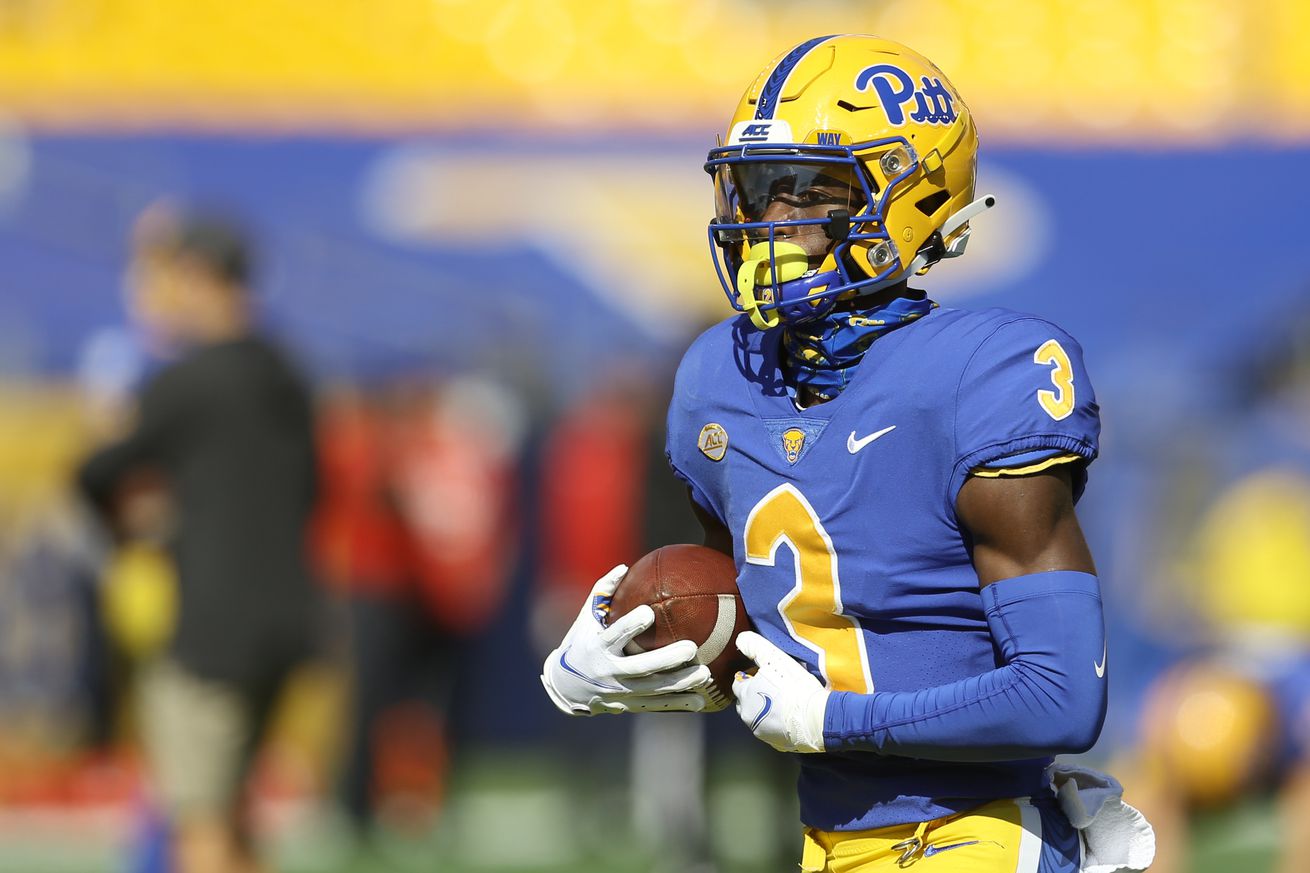 Pitt came into today’s game with Florida State first as a small favorite then a small underdog. It had all the look of a close game but in the beginning, the Panthers looked ready to be blown out. By the end of it, though, they were the ones that won convincingly. With a 41-17 beatdown over the Seminoles, the Panthers have finally broken their four-game skid.

Pitt (4-4) looked good today, folks. I picked them to win this game less because I was convinced they would play a great game and more because I just didn’t think Florida State (2-5) was that good.

The Seminoles, of course, were not very good. But the Panthers surely surprised some with a very strong performance.

It didn’t start out that way. And as Pitt fell behind 14-3 and you saw the dejected looks of guys, it just seemed like one of those moments that you could look back and point to as potentially being the time when those guys sort of packed it in. But they were sparked by an A.J. Woods interception and once they cut it to 14-10, they just got better and better as the game went along.

I mentioned this during the game thread but I can’t remember the last time Pitt seemed on the verge of being blown out and then so quickly turned things around. After that early deficit, Pitt needed a total possession time of less than four minutes to score three touchdowns and take a 24-14 lead.

For the first time in a while, Pitt rolled out a capable running game with A.J. Davis and Vincent Davis getting the bulk of the word. Daniel Carter and Israel Abanikanda came in late and the four had 119 yards on only 25 carries. That’s not going to strike fear into the hearts of opponents but it’s an upgrade over what the team had been getting from those guys.

Offensively, no one had a bigger day than freshman Jordan Addison, who just continued to impress. He had a career-best 11 catches and his 127 yards were the second most of his young career. Addison didn’t reach the end zone but nearly did with a fantastic catch and run that took him right down to the goal line. He just continues to get better and better.

The offense did its part and that unit had its best day in a while. I know that most will assume it’s because the Panthers got quarterback Kenny Pickett back but he didn’t have a huge day — 21/27 for 210 yards, no touchdowns. He did just fine but I picked the Panthers to win the game expecting to see backup Joey Yellen and I suspect they would have, anyway.

And that’s because the defense had a jaw-dropping day.

Things didn’t look great early. Pitt’s defense opened up giving Florida State a long touchdown drive. Then on the second drive, they gave up an 88-yard run to quarterback Jordan Travis as the Seminoles grabbed that early 14-3 lead. But after that, they were in full lockdown mode, allowing only a second quarter field goal before pitching a shutout the rest of the way.

We can look at the three interceptions that crew got but I was just as impressed, if not more so, about how easily they got to the quarterback. Pitt had seven sacks and could have had twice that many if not for missed tackles. They just put a lot of pressure on Florida State’s quarterbacks (there were three of them) and it seemed like every passing play was an adventure for the Seminoles. Florida State’s trio of quarterbacks finished with a total of only 144 yards and each one threw an interception. None was very good but a large part of that was because of the strong play by Pitt’s defense. Florida State’s offensive line was a mess and that created a world of problems for the quarterbacks.

And by the way, let’s not credit all 41 points to the offense. There was the pick six by Brandon Hill, filling in for Paris Ford, who called it quits on the season this week. The first interception by Woods set Pitt up nicely on Florida State’s 32-yard line before the first touchdown. A fourth down stop gave Pitt the ball around midfield before the Panthers went on to score another touchdown. And a Damar Hamlin interception gave Pitt the ball on Florida State’s 20 before a third touchdown. The Panthers collectively scored 41 points but the defense set Pitt up incredibly well time after time.

I was really encouraged by how Pitt played today. And while this team’s record is not so hot, I do continue to think they’re not as bad as some folks might think. They’re 4-4 and could easily be 6-2.

Look, that’s no justification. And I am not trying to make the argument this is a great team. They are still without the statement win we’ve come to expect from them and, frankly, even at 6-2, it’s clear this would not be an elite team. But when the defense shows up like this and gets a great matchup against opposing offensive lines, they can still be a dangerous team.

Is that enough to engage fans the rest of the year? The diehards, I suppose. But some have certainly given up on the season out of frustration. I can’t even blame them, to be honest. At 4-4, this is not where we hoped this team would be at this point in the season and that’s frustrating.

At the same time, they still can play an exciting brand of football and, brushing aside the losses for just a minute, today’s game was a lot of fun from a fan standpoint. If you didn’t get enjoyment from seeing Florida State’s quarterbacks running for their lives on virtually every play in the second half, I mean, I don’t know what to tell you. For 60 minutes today, it was great to just enjoy winning again and put aside the frustration of what this season’s been.

Next up is Georgia Tech on Saturday.