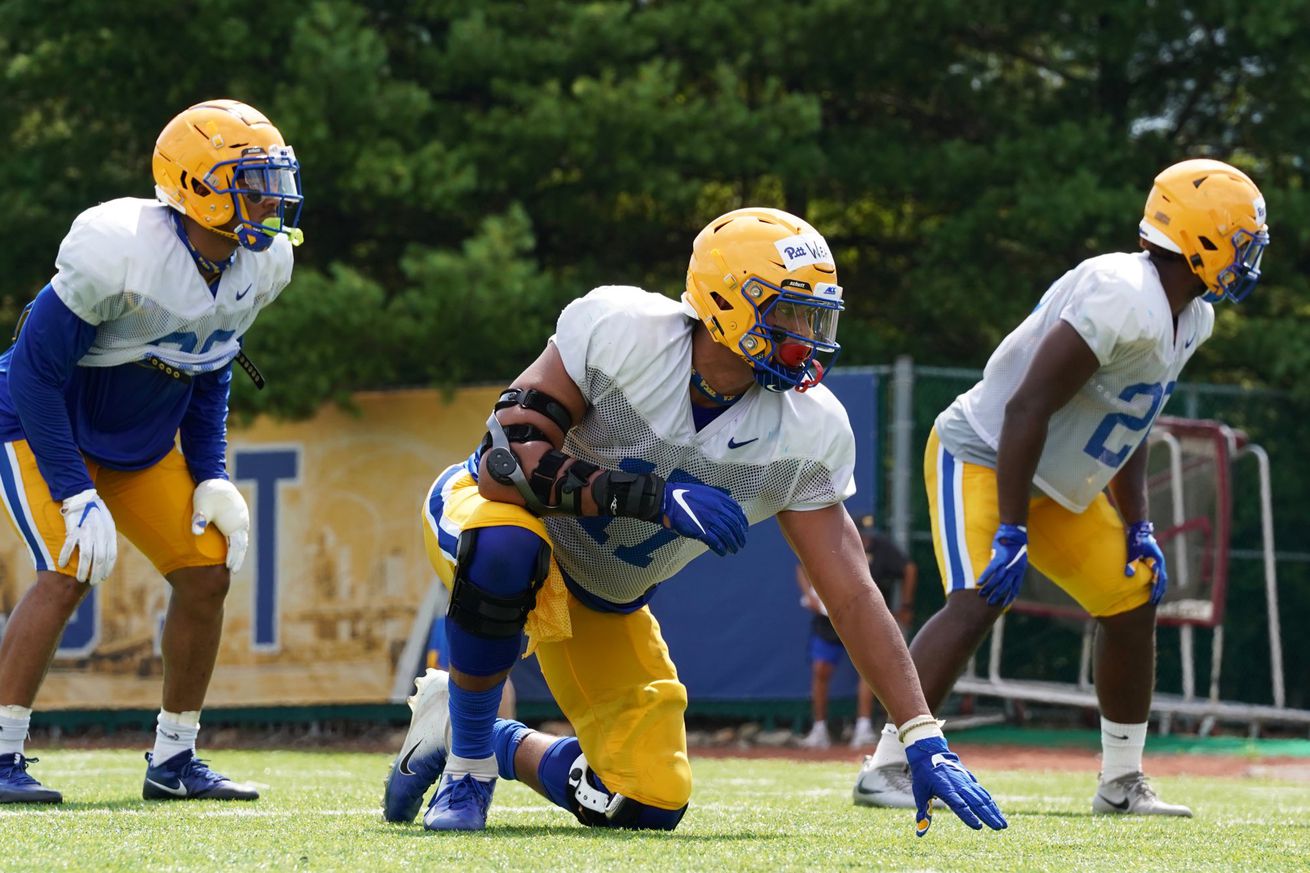 Some of the biggest surprises include Jordan Addison and Keldrick Wilson

Pat Narduzzi and his staff released the Pitt football team’s first depth chart of the 2020 season on Monday, and it contained some surprising revelations about which returning players had progressed and regressed, which first-year players had shined and which had fallen short, and which position groups had been well addressed and which had not.

On defense, there were two spots that needed to be sorted out relatively quickly, and based on the murmurs out of training camp and the initial depth chart, it seems they were. One of those spots was the vacancy left behind by Jaylen Twyman at defensive tackle, and that will be filled by Devin Danielson.

Danielson was close to earning a starting job ahead of the 2019 season but was beat out by Amir Watts, and with Watts now gone as well, Keyshon Camp will take his spot. Camp actually won a starting job over Twyman in 2019 but suffered a season-ending injury in Week 1, so it should be interesting to see how far he has come. And with optimism around Danielson as well, concerns about a dropoff in Pitt’s defense may well be overblown.

The other problem spot on defense that recently arose is the second cornerback spot that Damarri Mathis once occupied. Mathis suffered a season-ending injury in late August, and he will be replaced by Marquis Williams. Williams played in 12 games last season, making him the most experienced alternative to Mathis. He competed with A.J. Woods for the starting gig, but Woods’ speed will still be put to use, as he has earned a spot as one of Pitt’s two starting kick returners.

On offense and special teams, the big surprise was the rise of Jordan Addison. Addison drew comparisons to Antonio Brown for his style of play, and now, Pittsburgh will get to see if he lives up to the hype, as he has been named a starter at wide receiver, kick returner and punt returner. There’s also no doubt about Shocky Jacques-Louis as a starter at wide receiver, but Taysir Mack and Jared Wayne were separated by an “or,” indicating Mack and Wayne could split time. That is a notable development, as Mack is Pitt’s top returning receiver.

However, the accelerated development of Addison and the surprising rise of Wayne may constitute the extent of the positive news regarding Pitt’s offense at the moment.

There were great expectations at the running back position, but it seems there will be more of the same there as nothing as revolutionary as Addison’s preseason performance occurred among the Pitt running backs. Many hoped the addition of four-star recruit Israel Abanikanda would address the issues Pitt had last season, but the team will once again start A.J. Davis. Behind him, little has been resolved as Israel Abanikanda, Daniel Carter, Vincent Davis and Todd Sibley Jr. are all separated by an “or,” indicating their equal status as backups.

More concerning than that is the fact that Pitt burned a scholarship on a graduate transfer who failed to secure a starting job, and in this case, it indicates a swing and a miss at a key position. That position is right tackle, where Hampton graduate transfer Keldrick Wilson saw the starting job go to Gabe Houy.

Houy was listed as a starter at right tackle on Pitt’s initial 2019 depth chart. However, the starting job was then awarded to Michigan transfer Nolan Ulizio, and Houy went on to start six games at right guard. Ulizio paired with Carter Warren, who returns as a starter at left tackle, to form an offensive tackle duo that was ranked 126th out of 130 tackle pairings in the FBS in 2019 by Pro Football Focus.

The fact that Houy is Pitt’s best option at right tackle after losing his job to Ulizio in 2019 is a red flag. It suggests that Pitt’s most troubled position group has somehow regressed to a worse place than it was at the start of the 2019 season, and that does not bode well for Pickett, who can expect to face constant pressure from edge-rushers once again in 2020.

Returning to the skill positions, a shakeup has occurred behind Kenny Pickett at quarterback, as Davis Beville and Joey Yellen are listed as second-stringers and separated by an “or.” Not listed is Nick Patti, who no longer appears to be the heir apparent to the current starter.

The move was expected, as four-star recruits Beville and Yellen were added to the team over the last two years, and debate has raged on as to who will succeed Pickett ever since. Patti has seen his name fade from that discussion, and while the development has little bearing on who will play in 2020, it likely serves as a preview of what may come in 2021.