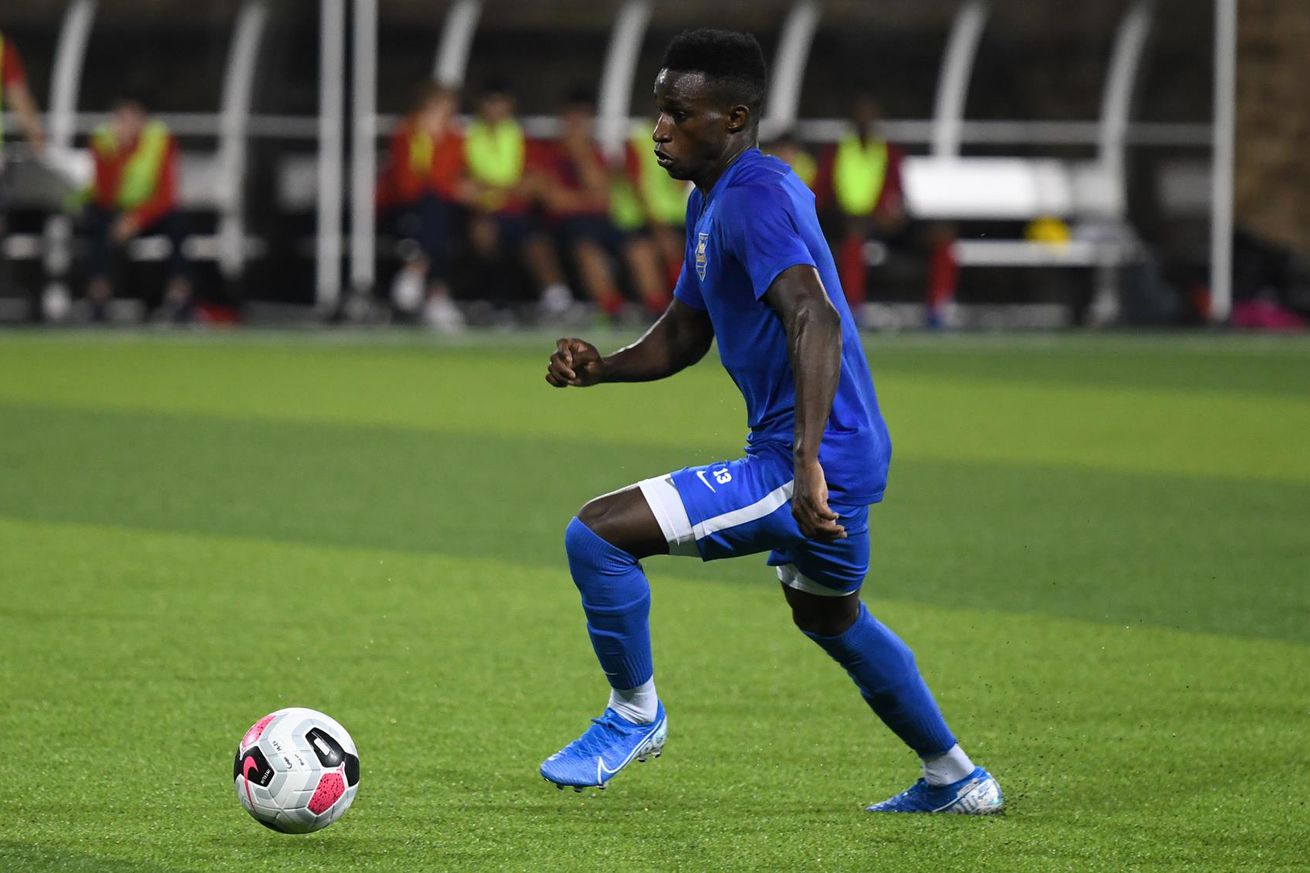 The No. 4 Panthers topped the No. 5 Fighting Irish despite the conspicuous absence of star forward Edward Kizza

The Pitt men’s soccer team kicked off its season on Saturday night as the No. 4 team in the nation, and it was immediately put to the test with a road matchup against No. 5 Notre Dame in South Bend. However, the Panthers proved to be up to the task and came away with a 3-1 victory over the Fighting Irish.

Pitt forward Alexander Dexter opened up the scoring in the 11th minute, knocking a well-placed cross from Bertin Jacquesson past Notre Dame goalkeeper Keagan McLaughlin to furnish Pitt with an early 1-0 advantage.

Pitt leads 1-0 over the Fighting Irish.

Notre Dame midfielder Michael Pellegrino evened the score at 1-1 in the 32nd minute after corralling a ball that ricocheted off a teammate on a corner kick and blasting a shot past Pitt goalkeeper Nico Campuzano. That would be the last goal scored by the Irish — at least in the manner that they preferred.

The Irish gave up what proved to be the decisive goal in the 55th minute, when Dexter bounced a shot off Notre Dame defender Senan Farrelly and it ended up in the Irish net. That put Pitt up 2-1, and Jacquesson would tack on a third goal 18 minutes later to put the game away for the Panthers.

The first of many for Bertin Jacquesson.

The freshman now has a goal and assist on the night.

The closing minutes of the game would be quiet for the most part. However, there was an incident involving Pitt midfielder Filip Mirkovic and Notre Dame midfielder Mohamed Omar that ended in yellow cards after Mirkovic took Omar down and stepped over him. Omar took exception to the step-over and had some choice words for Mirkovic, which he delivered while pointing a finger in his face. Mirkovic took issue with that, and the situation devolved into a shoving match that had to be broken up by refs and members of both teams.

Matthew Rodivojsa of Notre Dame would put a shot on goal with just under four minutes left in the game, but it was collected by Campuzano. That would be the last threat from the Irish.

The win was Pitt’s first over Notre Dame since 2017, as the Irish had dealt the Panthers back-to-back losses over the last two years. And while the victory in the ranked matchup was undoubtedly a positive development for the team, it was overshadowed to some extent by the sudden and conspicuous absence of Edward Kizza, the team’s star forward.

After appearing in Pitt’s 5-0 exhibition win over Louisville on Sept. 19, Kizza was not with the team on Saturday. His name had also been removed from Pitt’s official team roster by kickoff, and on the ACC Network broadcast of the game, it was revealed in a statement from Pitt that Kizza was no longer with the team.

“Edward Kizza is no longer with the University of Pittsburgh men’s soccer program,” the statement read. “No further statement will be given at this time.”

The unexplained absence of Kizza deals a tough blow to the Panthers, as they lose a team leader who contributed 27 goals over the last two seasons and was expected to shine not only within the ACC but nationally in his senior year. The timing is also inopportune, as the team was heading into a short season with a top-five ranking, suggesting a national title could be within reach for the Panthers.

With that said, Pitt looked every bit as dangerous as it was expected to in its season opener. And with Dexter and Jacquesson stepping up against the Irish, it seems the team still has contributors it can rely on. The question moving forward will be whether or not those contributors can fill the void left by Kizza on a consistent basis and keep Pitt afloat.

With its business in South Bend concluded, Pitt will travel to Syracuse to take on the Orange on Tuesday. That match will kick off from SU Soccer Stadium at 7 p.m. ET.