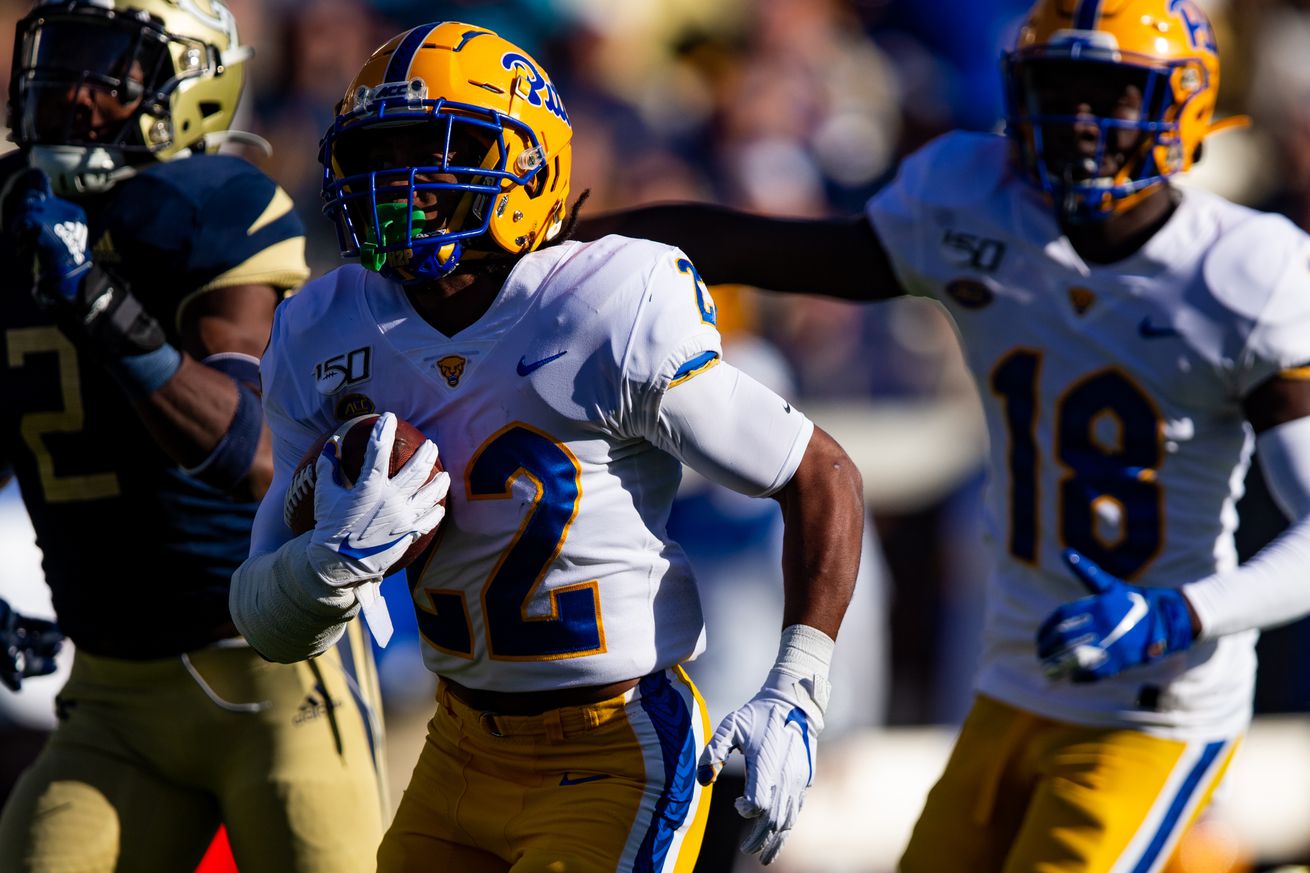 After a convincing win against Florida State this past weekend, the Panthers will see if they can take two in a row, facing off against Georgia Tech on Saturday.

Pitt surely has to be getting a bit of road fatigue at this point. The game against the Yellow Jackets, after all, will be the fourth road game they’ve played in five matchups. And the one home game the team had was one of the most challenging, facing off against now No. 2 Notre Dame.

Still, even though it’s a road game, it’s one that this Pitt team should be plenty capable of winning.

The Yellow Jackets have really struggled this season, currently sitting near the ACC basement at 2-5. Their only wins of the year were over Louisville and Florida State, teams that Pitt also beat. The Yellow Jackets have several lowlights, losing by 28 to UCF, 21 to Boston College, and a whopping 66 to Clemson. They also are responsible for giving Syracuse its only win of the season as the Orange didn’t only beat Georgia Tech, but did so by 17 points.

Georgia Tech hasn’t been particularly good on either side of the ball this year. Offensively, they rank only 103rd in the country, scoring just over 21 points per game. Defensively, they’ve been even worse, ranking near the bottom of the country at No. 113 while giving up nearly 40 points per game. That total is skewed a bit by the Clemson beatdown where the Tigers scored 73. But they’ve been lit up other times, too, giving up 49 to UCF, 37 to Syracuse, and 48 to Boston College. If nothing else, the Panthers offense should put some points on the board this weekend. And defensively, I don’t know that Pitt will allow Georgia Tech’s offense to score enough to be competitive.

Oh, and special teams? Those have sort of been a disaster, too. The Yellow Jackets have used two kickers and have missed three extra points. They also barely attempt field goals, which, given they are 1-6 in that department on the season, probably makes sense. They’re a baffling 0-3 on field goals under 30 yards so it’s basically been touchdown or bust for Georgia Tech.

Georgia Tech has shown some flashes of being halfway decent this year. They had the big 46-27 win over Louisville. Beat Florida State on the road in their opener. And while they ended up losing by 18 to Notre Dame, they trailed that game by only ten points at the half and it was relatively close up to that point. They’re clearly not the worst team in the league.

But there have been far too many lowlights and given Georgia Tech’s lack of a kicking game, that puts an even greater strain on their offense to find the end zone. It’s hard not to like the Panthers in this one.