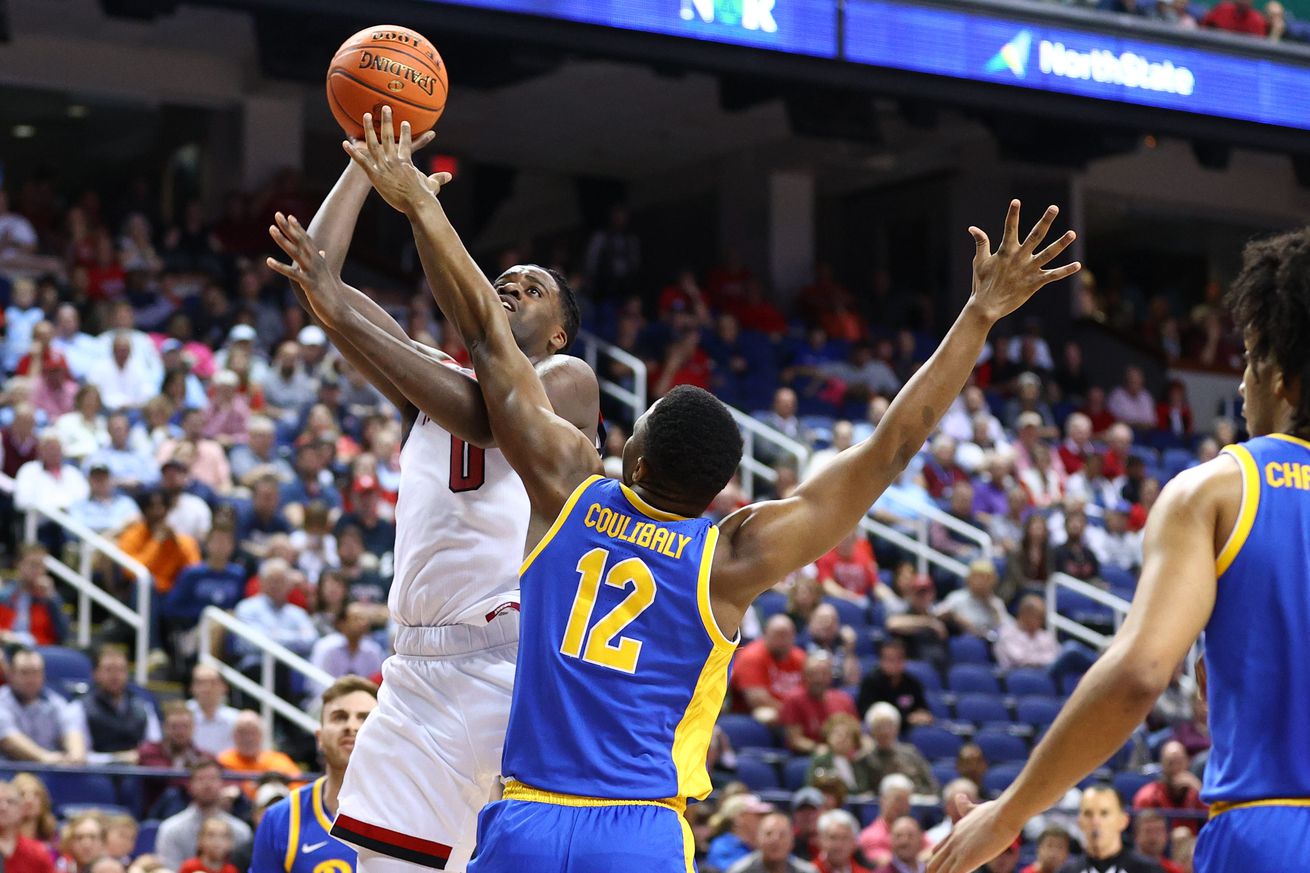 A day after defeating Wake Forest in the ACC Tournament, the Pitt men’s basketball team fell short in the second around against NC State on Wednesday, losing 73-58.

The game was a bit closer than that final score indicated. Pitt trailed by only three at halftime and by only six inside of nine minutes to play before NC State went on a run. Included there was a five-minute stretch near the end of the game where the Panthers scored only a pair of free throws.

Justin Champagnie led Pitt (16-17) with 31 in that opener against Wake Forest. On Wednesday against NC State (20-12), he had significantly more trouble, scoring only nine points while connecting on four of his 13 shots from the field. It was a similar tale up and down the lineup with the team shooting only 35% on the day. Included in that was an ugly 4-18 mark from downtown.

Guard Xavier Johnson was one of the exceptions as he scored 15 points on 5-9 shooting while adding eight rebounds. But his eight turnovers put a damper on that line. Still, as head coach Jeff Capel alluded to in the postgame, Pitt had to sit him for almost eight minutes in the second half due to him picking up his fourth foul at the 15:24 mark. Pitt went from being down only four at the time to trailing by 12 when he came back.

Fair. Johnson was Pitt’s best offensive weapon today and the Panthers could have used him out there in a game where they failed to score even 60. The other side of that is that Johnson also had so many turnovers that his offensive productivity was somewhat diminished. Plus, if your Johnson playing with three fouls, you can’t commit a silly foul like he did but hitting a player in the face while driving to the basket that early in the second half. I mean, that’s just a maturity issue and knowing the game situation.

Pitt also ran into another hot shooting team as NC State connected on nearly 48% of their attempts. A good bit of that, too, seemed to be easier shots as Pitt often looked out of sorts defensively. It wasn’t the Panthers’ best game and, facing a team desperate to add a win or two to boost their NCAA Tournament resume, Pitt really needed a much better effort.

It speaks to what I said before the tournament in that I didn’t believe this team was capable of a deep run. That’s not a surprise to anyone, obviously. Pitt just didn’t have the players and even seeing them catching lightning in a bottle didn’t seem realistic just because of the inconsistencies this year. The Panthers looked like a completely different team yesterday than they did today and while some of that can be chalked up to the competition and playing two games in two days, some of it just seemed to be mental lapses, too.

Disappointing end? Sure. But it sort of felt like Pitt was playing with house money today after having defeated Wake Forest yesterday. Even that game was a tossup and to finish a game under .500 is a two-game improvement over last season (with more ACC wins as well). I’ll have more on the year as a whole in a separate article but as far as the ACC Tournament goes, it’s hard to be too upset with how they fared. Winning one and losing in the second round was perhaps what many fans would have expected coming in.