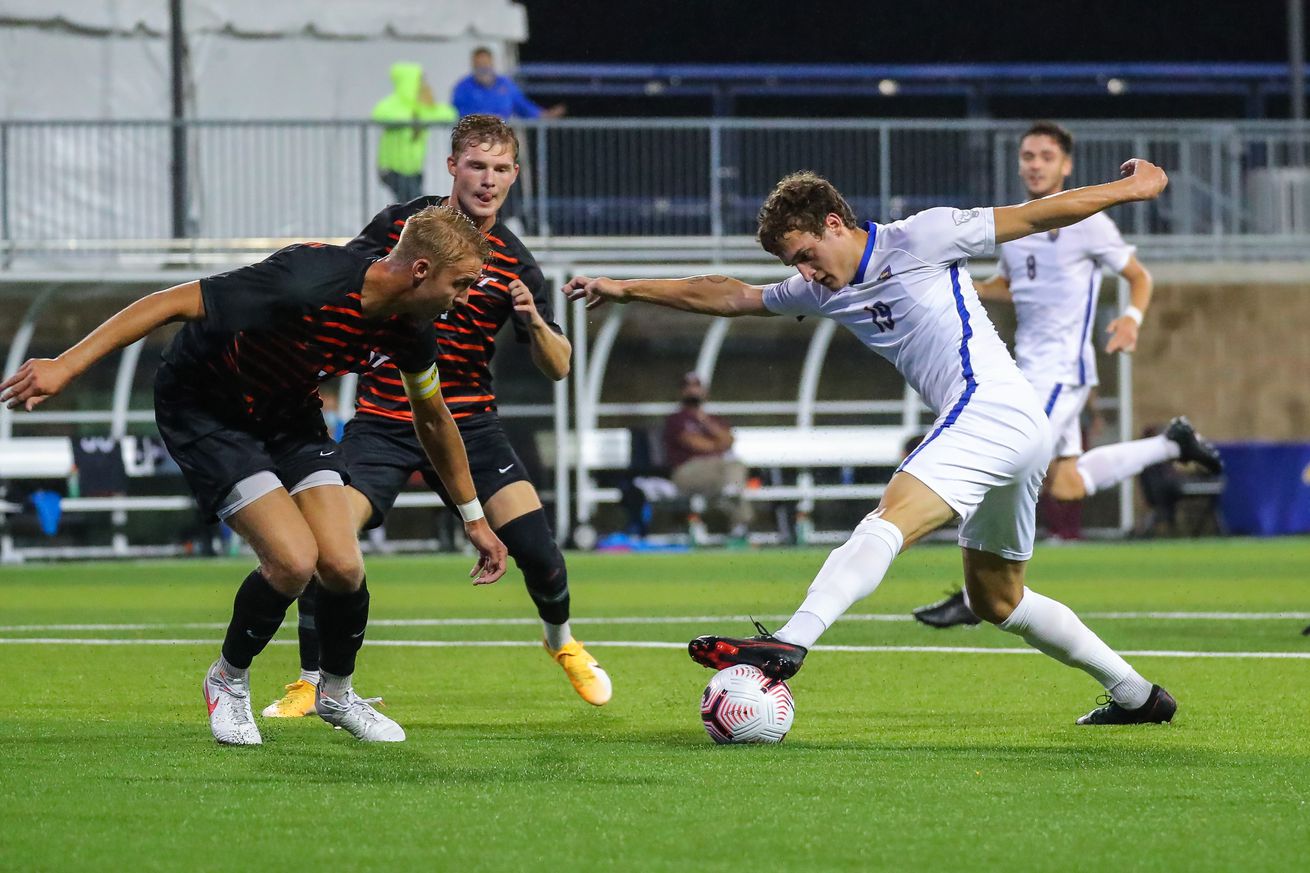 Jay Vidovich said the No. 2 Panthers played like “a big-time team” in the win

The No. 2 Pitt men’s soccer team hosted Virginia Tech at Ambrose Urbanic Field on Saturday night, and in a game that was never really in doubt, the Panthers dealt the Hokies a 4-2 loss to improve to 3-0-0 on the season.

Pitt opened up the scoring in short order, as Veljko Petkovic found the back of the net 2:20 into the game. The shot was set up by Jasper Löeffelsend, who was tripped up as he entered the box, and with his help, Petkovic sent a low ball trickling past Hokies goalkeeper Matt Zambetti to give Pitt an early 1-0 advantage.

Virginia Tech would even the score in the 14th minute, as Kristo Strickler scored on a header to bring the score to 1-1. But Pitt would have the last laugh in the first half, as Valentin Noel chipped a shot into the top of the netting to give the team a 2-1 lead it would retain at the half. Once again, Löeffelsend was credited with an assist, as it was his cross that found Noel.

Pitt leads 2-1 over the Hokies!

The Panthers would pull further ahead three minutes into the second half, as Alexander Dexter knocked in another goal off a Bertin Jacquesson setup. But yet again, Löeffelsend had a hand in the play, as he sent a well-placed ball downfield that found Jacquesson and set the score in motion. Both Löeffelsend and Jacquesson would finish with three assists.

Late in the game, the Hokies attempted a comeback and got another goal out of Strickler in the 86th minute. But that was quickly negated by Noel, who scored his second of the game two minutes later, and the game would finish with Pitt on top 4-2.

“I thought Virginia Tech was great, and they controlled too much of the game for my liking,” Pitt coach Jay Vidovich said after the game. “However, our actions to goal were class. The way we produced our goals was that of a big-time team. Really excited we got the win, especially against a team like Virginia Tech. They asked a lot of questions of us tonight.”

Pitt’s third win of the season came despite the fact that the team was outshot by Virginia Tech 14-10, and as a result, Pitt goalkeeper Nico Campuzano was kept busy, recording a career-high six saves on Saturday night.

With the win, Pitt maintains its perfect record, setting up what should be a thrilling a top-five showdown in Charlottesville with No. 5 Virginia. The last time the two teams met, an unranked Pitt team dealt No. 1 Virginia a 2-0 loss. That also occurred in Charlottesville, where Virginia needed double overtime to beat Louisville 2-1. The matchup is set to kick off from Klöckner Stadium on Friday at 6 p.m. ET.