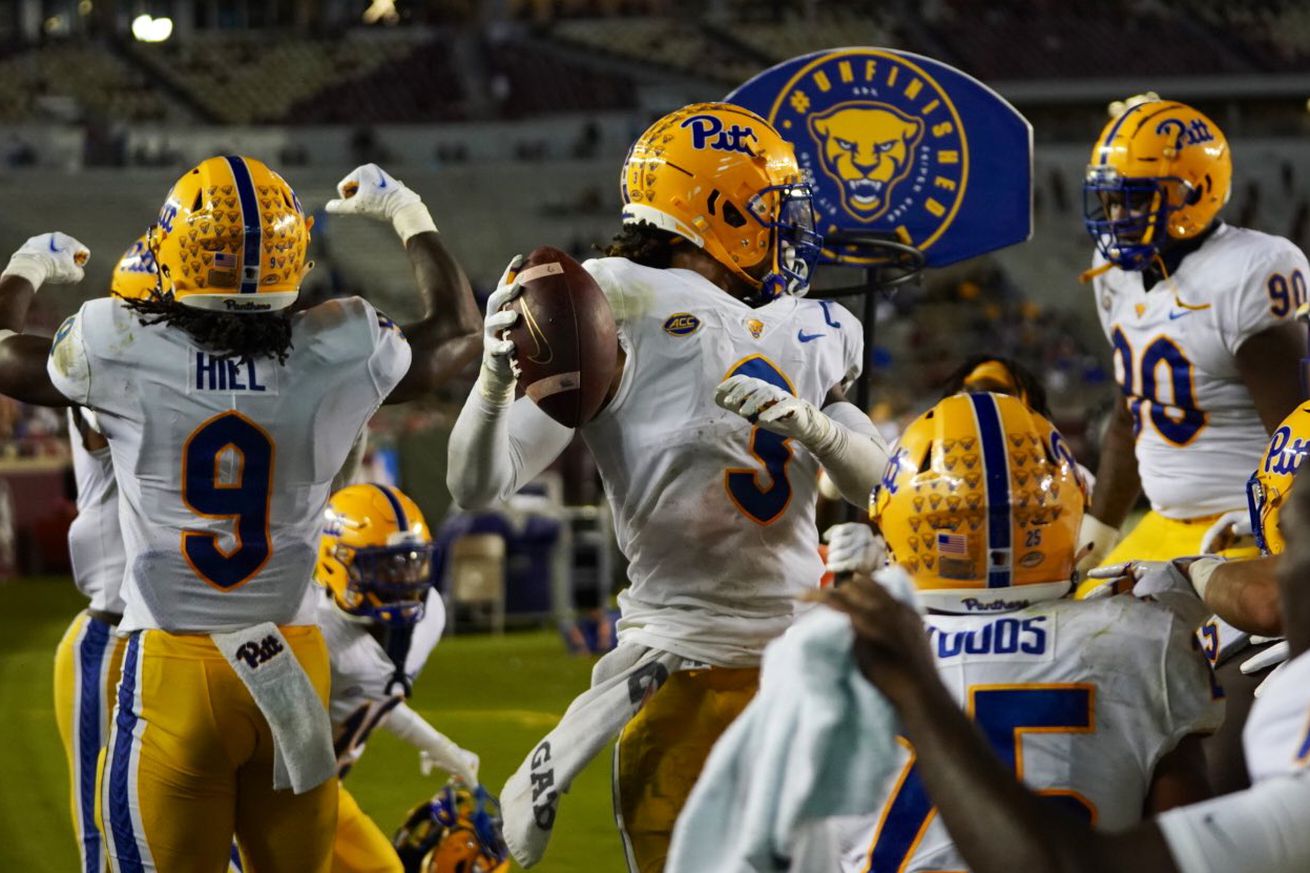 The Panthers secondary had three interceptions that led to 21 points

There was concern that the departure of Pitt safety Paris Ford would hamper a Panthers secondary that had disappointed for much of the season. But on Saturday, with Brandon Hill playing in Ford’s stead against Florida State and all eyes on senior leader Damar Hamlin, the Pitt secondary proved to be a strength as the team defeated the Seminoles 41-17.

The position group, which had given up 228.3 passing yards per game heading into the matchup in Tallahassee, allowed only 144 yards through the air on Saturday and did not give up a single touchdown pass. Part of that was because Florida State starter Jordan Travis sat out the second half with an injury, but he had been held in check for the first two quarters, throwing one pick and accruing 106 yards with an average of 5.9 per pass.

Pitt cornerback A.J. Woods picked off the pass by Travis and gave the Panthers the ball on the Florida State 32-yard line. The Pitt offense, led by Kenny Pickett, took that short field and scored four plays later. The interception was not only the first of Woods’ collegiate career, but also his first since becoming a varsity athlete in high school, as Woods had 17 pass breakups at Northwest High School in Germantown, Maryland, but never came up with a pick. It also came at an opportune time, as he was relied on more heavily in the absence of Pitt cornerback Jason Pinnock, who was suspended for Saturday’s game.

Pitt’s second interception of the day came at the expense of Florida State second-stringer James Blackman on the first drive of the second half. Blackman, in for Travis, threw his pass right into the chest of Hamlin, who returned the ball four yards to the Seminoles’ 20-yard line. Three plays later, Pitt scored on a Vincent Davis run to take a 31-17 lead.

Then, in the fourth quarter, Hill came up with the first interception of his career, returning an errant pass by Florida State quarterback Chubba Purdy 50 yards for a pick-six to give Pitt its final score of the night. The play put an exclamation point on the win and saw the Panthers secondary contribute directly to 21 of the team’s 41 points against the Seminoles.

The secondary also prevented splash plays in the passing game and limited Florida State’s receivers throughout the game. In fact, only four of the nine Seminoles receivers to log catches on the day posted double-digit yardage totals, and the only one to exceed 20 yards was Camren McDonald, and he had just 61 yards.

By the end of the game, Hill and Woods were tied with linebacker SirVocea Dennis for the lead in total tackles, as they had seven each. Hill also recorded a pass breakup, as did Hamlin, who came up with one of Pitt’s 14 tackles for losses. Erick Hallett, another regular contributor in the Pitt secondary, chipped in two tackles, one of which was for a loss.

But aside from individual achievements, the unit paired well with the defensive line and linebacking corps to put on Pitt’s most complete defensive effort since September. As a result, the Panthers pulled out of a four-game tailspin in which they gave up 30 or more points per game. They also held the Seminoles to 17 points, which is the second-lowest score an FBS team has posted against Pitt this season. The only FBS team to fare worse was Syracuse, which lost to Pitt 21-10 on Sept. 19.

And now, with Pickett back and the offense performing better than it has all season, Pitt may have a shot at finishing 2020 with a winning record if the secondary can continue to pull its weight the way it did on Saturday.