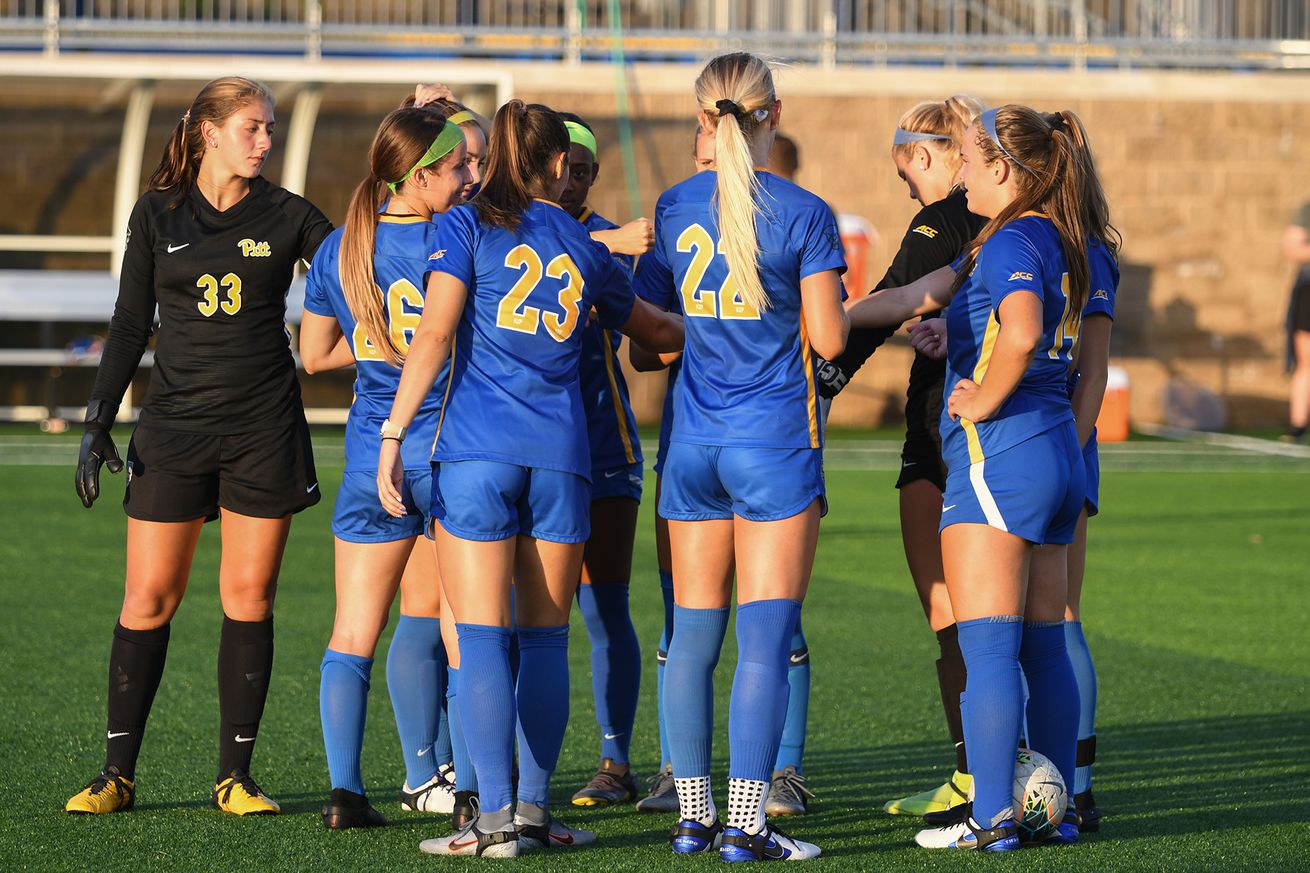 The Panthers completed a two-game sweep of the Mountaineers, who they outscored 11-1 in the series

The Pitt women’s soccer team concluded a two-game series with Appalachian State in Boone, North Carolina, on Sunday, and after shutting out the Mountaineers 4-0 to open the season on Thursday, the Panthers defeated them 7-1 over the weekend at the Ted Mackorell Soccer Stadium.

For the second game in a row, Leah Pais opened up the scoring for Pitt. This time, the Albany transfer scored in the 13th minute on a give and go with Anna Rico, and Pais found the back of the net despite getting taken down by Appalachian State defender Kirsten Seeley.

Rico would score two minutes later, after Amanda West streaked past two Mountaineers and set her up with a cross. Kate McKay then chipped in a third goal, and her first at Pitt, as she capitalized on a botched clearance attempt by Appalachian State’s Holly Beaver.

Pitt’s fourth and final goal of the first half came courtesy of West, who scored on the followup of her own penalty kick after she was brought down by Jordan Grigsby of Appalachian State in the box in the 32nd minute.

Sarah Sinnott put Pitt up 5-0 in the 60th minute, bringing a ball down off her chest and then turning with a kick to place the ball just inside the right post. Rico would add another goal thanks to West, who once again set her up with a cross. And Anna Bout would cap off the 7-1 win with the first goal of her college career.

Pitt goalkeeper Caitlyn Lazzarini came just 13 minutes shy of recording a clean sheet, but after fending off a penalty kick, she gave up a goal to Lindsey Poff of Appalachian State.

“I’m extremely proud of today’s performance for our young team,” Pitt head coach Randy Waldrum said after the game. “We challenged them to come in today with a very professional attitude after winning 4-0 Thursday. We let them know this is the way we have to grow and learn to win both at home and on the road.”

“They did that very well today,” he added. “Happy to see some players get their first career goals for Pitt during this road trip, and defensively we played well this weekend. So lots of positives and back to work on some of the areas that we need to improve on.”

The seven-goal total was the second-highest mark posted by Pitt in program history. Those goals came by way of eight assists, which tied for the second-most ever by the Panthers in a single game. The two-game series was also a rarity, as Pitt only played the same opponent twice in one season once previously. That first happened against Rutgers in 2005, and Pitt lost both games. So this is the first time Pitt has swept a two-games series in a season.

With the win over Appalachian State, Pitt improves to 2-0, and it will get an opportunity to build on its recent success in two-game series, as the team is set to play the Citadel, Navy and Syracuse twice each over the course of this unique 2020 season. Next up for Pitt is its first matchup with Syracuse, which will kick off from Ambrose Urbanic Field in Pittsburgh on Thursday at 7 p.m. ET.