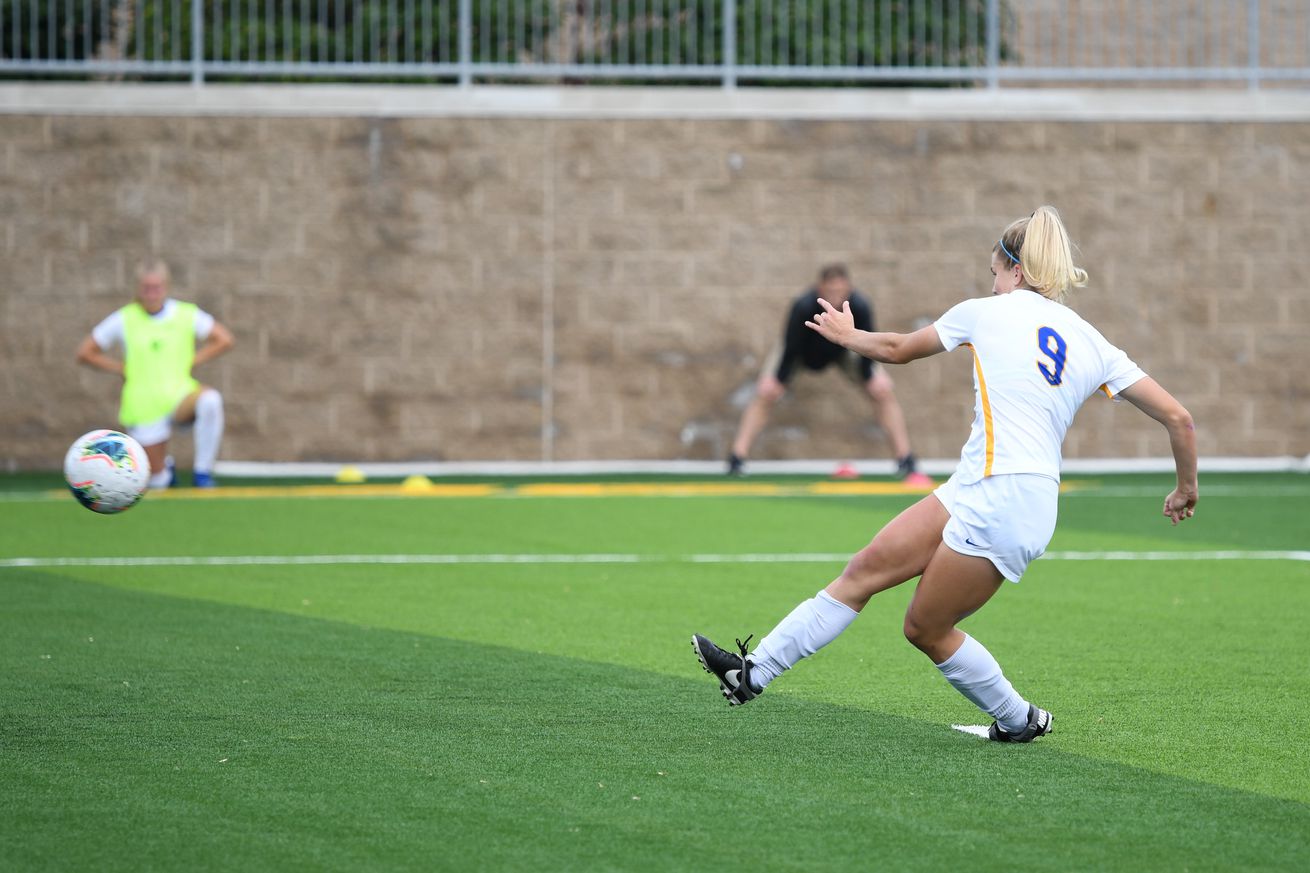 The Pitt women’s soccer team traveled to Boone, North Carolina, on Thursday to face Appalachian State at Ted Mackorell Soccer Stadium in its 2020 season opener. The matchup not only opened up Pitt’s season, but the NCAA women’s soccer season as a whole, as it was the first game played in 2020. And with all eyes on the Panthers, the team dealt the Mountaineers a 4-0 shutout and set a program record by posting its widest margin of victory ever in a season opener.

Albany transfer Leah Pais opened up the scoring for Pitt in the 22nd minute, as she headed a ball into the back of the net off a Kate McKay set piece. The goal was the first of Pais’ Pitt career after a five-goal campaign with the Great Danes that earned her America East Rookie of the Year honors in 2019. McKay’s assist was the third of her college career and her second at Pitt, as she logged one at Elon before transferring to Pitt in 2019.

Pais would get on the board once more 13 minutes into the second half, when last season’s leading scorer, Amanda West, set her up with a well-placed cross. Pais’ first attempt was fended off by Appalachian State goalkeeper Kerry Eagleston, but it was not defended cleanly, and Pais gathered her own rebound and knocked it in for a score.

48′ | @amanda_westt made a great run & found a streaking Leah Pais in the box, who tapped in the rebound off her first shot.

West would log her first goal of the season in the 70th minute of the contest, as she capitalized on a pass from Pais, streaked into the box and slid a shot past Eagleston to put the Panthers up 3-0. That would be followed up by Nyla Allen in the 78th minute, as she scored her fist career goal thanks in part to a Sarah Sinnott assist and gave Pitt a 4-0 advantage.

The team would hold on for the win and avoid ceding a goal in the final 12 minutes, as Pitt goalkeepers Caitlyn Lazzarini and Katherine Robinson combined for a clean sheet.

Thursday’s game marked the first time Pitt defeated a team by four or more goals in almost nine years. The last time it occurred was Oct. 9, 2011, when Pitt beat St. John’s 6-1 in a Big East matchup. The game also saw West move into eighth place in program history in career goals, with 11 total since beginning her Pitt career in 2019. Pitt will once again face App State in Boone at noon on Sunday.