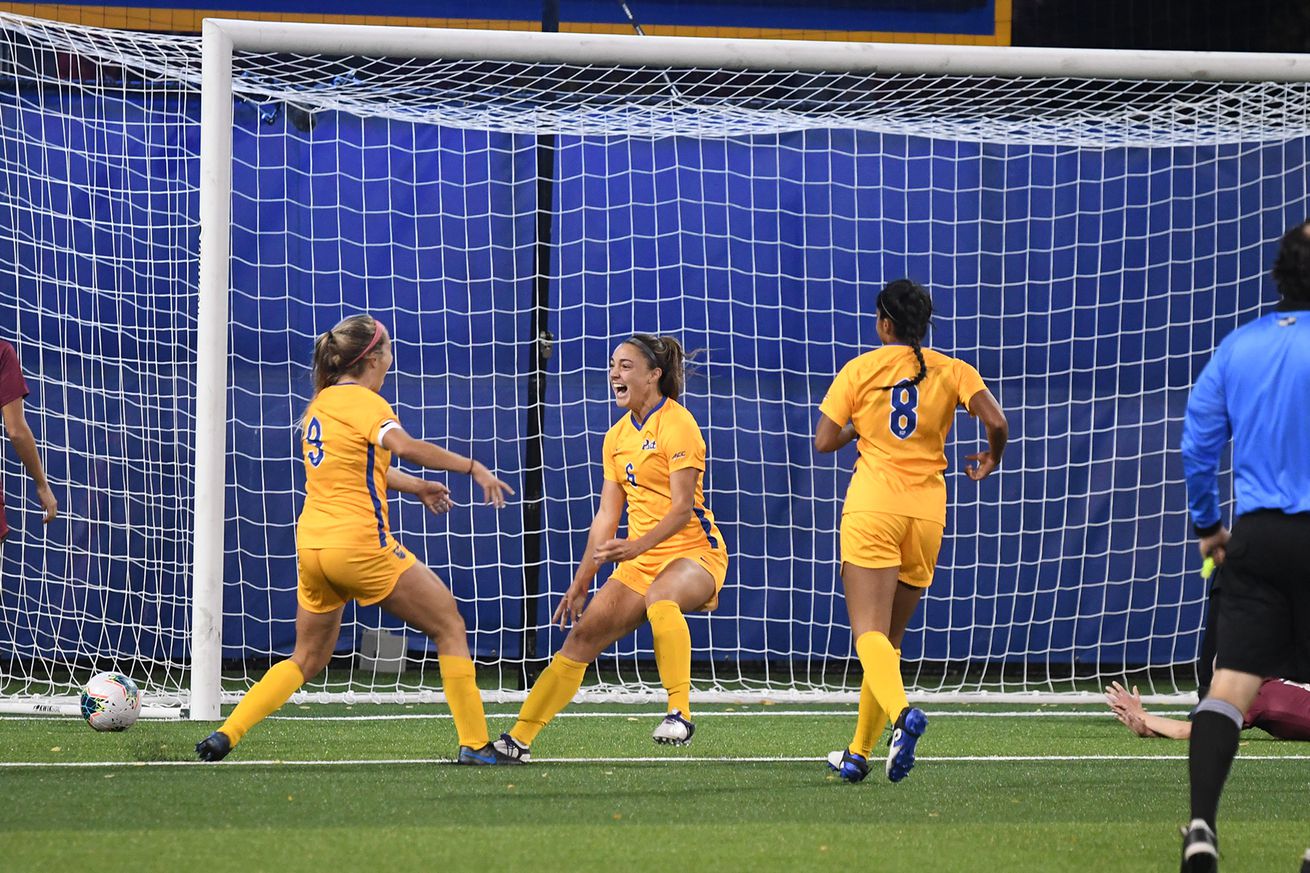 On a rainy Thursday night in Pittsburgh, the Pitt women’s soccer team hosted No. 2 Florida State at Ambrose Urbanic Field, and while the Panthers fell to the Seminoles 4-1, they did accomplish an unprecedented feat by scoring on a Florida State team that had held all of its opponents without a goal all season.

Pitt’s lone goal came in the last minute of the first half, as Amanda West drove down the field and found Madison Clayton, who tapped in a shot as she was being taken down in front of the goal. That shot evened the score at 1-1 after Florida State forward Leilanni Nesbeth snuck a shot between Pitt goalkeeper Caitlyn Lazzarini and the left post in the 10th minute.

Halftime | All tied up as we begin the 2nd half thanks to @madisonclayton6 first collegiate goal!!

Unfortunately for Pitt, the second half was more lopsided, as Florida State’s Kristina Lynch scored what would prove to be the game-winning goal in the 55th minute, and Jenna Nighswonger capped the matchup off with a brace to secure the win for the Seminoles.

With the loss, Pitt falls to 8-3-0 on the season, while Florida State improves to 5-0-0. And while there is no shame in losing to a team like Florida State, which allowed zero goals and scored 14 in its first four games, it is clear Pitt has some defensive issues to sort out, especially against the elite teams of the ACC.

On Thursday, Pitt spent most of the night in its own half of the field fending off Florida State’s advances. All told, the Seminoles had 21 shots and put eight on goal, while the Panthers had three shots all night, all of which were on target. The team suffered a similar shelling in a 2-1 loss to No. 10 Virginia on Oct. 1, as the Cavaliers reeled off 30 shots to Pitt’s four. That’s a trend that will have to cease for Pitt to elevate itself to the top level of the game.

Pitt’s next matchup is against a Miami team that has essentially been the inverse of Florida State, as it is 0-6-0 and was held scoreless through its first five games. The matchup should offer Pitt a chance to get back to its winning ways, and it will kick off from Ambrose Urbanic Field at 1:30 p.m. ET on Sunday.