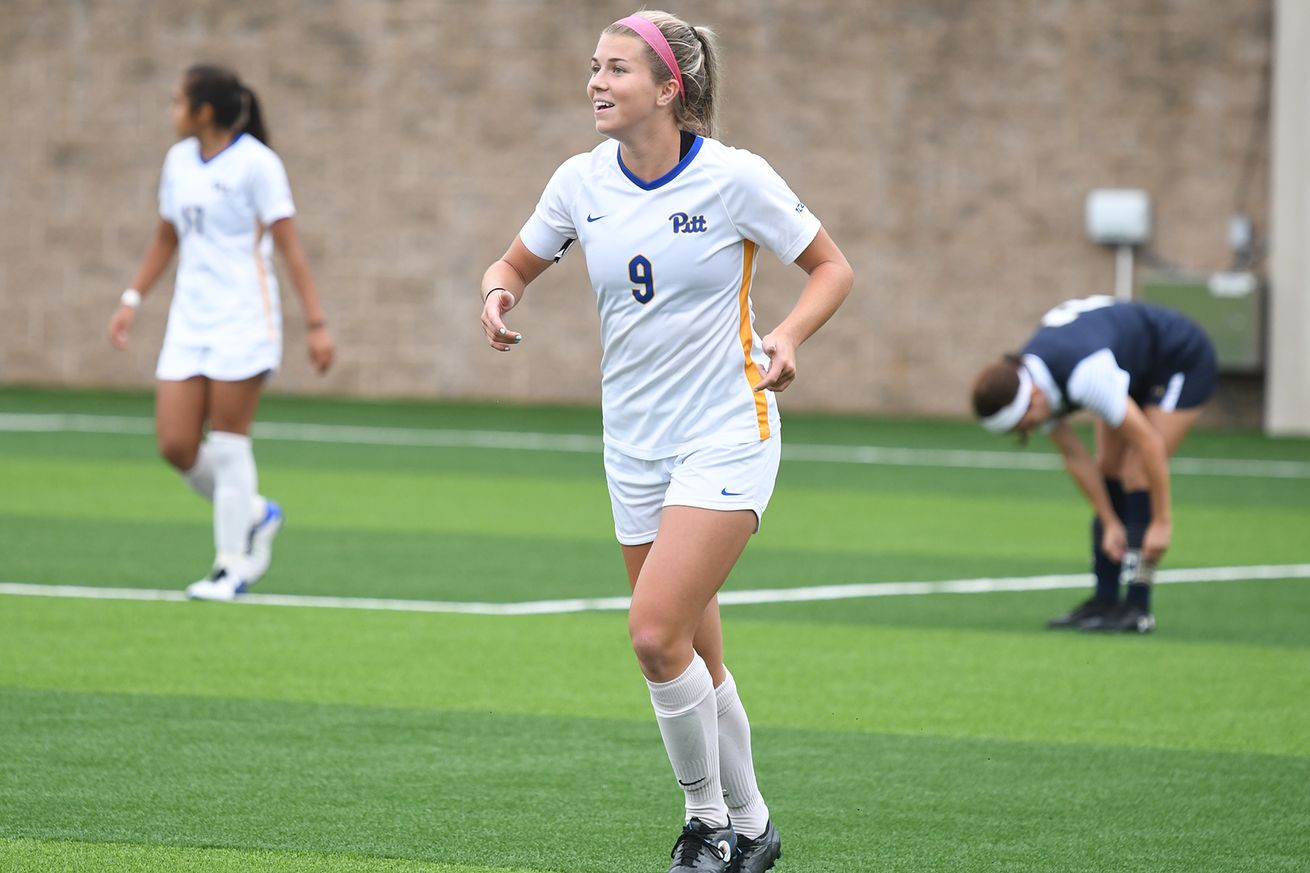 The Pitt women’s soccer team faced Navy for the second time this season, hosting the Midshipmen at Ambrose Urbanic Field on Sunday afternoon and unleashing on them for a 4-1 victory as well as their third series sweep of 2020. Pitt previously swept Appalachian State and the Citadel and edged out Navy 1-0 in overtime in Annapolis on Sept. 20.

The game’s first goal came courtesy of Anna Rico in the 17th minute. Awarded a free kick after Anna Bout and Leah Pais were both taken down by Navy defenders outside the box, Rico lofted a long shot beyond the reach of Navy goalkeeper Molly Swigle and tucked it in the top of the net to put Pitt up 1-0. It was Rico’s second set-piece goal in as many games, as she also scored on a free kick to give Pitt a 4-3 win over Boston College last Thursday night.

Ten minutes later, Emily Yaple would create some space for herself to the right of the Navy goal box on a give and go with Chantelle Parker. She then found Amanda West with a cross into the box, and West played the ball perfectly, slamming a rocket of a shot past Swigle to give the Panthers a 2-0 lead.

Leah Pais would then pad the Panthers’ lead with just over six minutes remaining in the half, as she redirected a ball chipped into the box by Kate McKay with a header to give the team its third goal of the day. That goal would go unanswered prior to halftime, and Pitt would start the second frame ahead of Navy 3-0.

Navy would show signs of life in the 63rd minute, as Caitlin Doran one-timed a Sadie McCaleb cross, chipping the shot over the head of Pitt goalkeeper Caitlyn Lazzarini to put the Midshipmen on the board and cut Pitt’s lead to two goals. However, two minutes later, West went down in the box and was awarded a penalty kick, which she buried to restore Pitt’s three-goal advantage. Pitt would win 4-1.

Another victory filled with an amazing goal by @anna_rico8, two by @amanda_westt & another Panther (Leah Pais) getting in on the action! #H2P pic.twitter.com/l0zLzQ2cnD

“I thought we came out and played really well,” Pitt head coach Randy Waldrum said after the game. “We were sharp and actually put the game away in the first half. It was a little bit sloppy in the second half, and quite frankly, I wasn’t real happy with the quality in the second half. But we also got some other players some time today, and that was good. We haven’t been able to do that in the last couple of weeks. … And again, we scored some really nice goals today. So overall: really, really pleased.”

West’s performance on Sunday was historic, as her first goal of the game gave her the Pitt record for career points, with 52. Her second goal of the day was also her 11th of the year, meaning West claimed the record for most goals in a single season by a Pitt player, topping Cande Ruiz’s 10 in 1998 — a mark West tied in 2019. In addition, West now has 21 career goals to go with her 54 career points and is just three away from topping Ashley Cuba’s record for career goals at Pitt.

The Panthers are also in good position overall, as they now sit at 8-2-0 heading into their toughest matchup of the season, an ACC tilt with No. 2 Florida State. That game, like their last two, will air before a national audience on the ACC Network, with kickoff at Ambrose Urbanic Field set for 6 p.m. ET on Thursday.