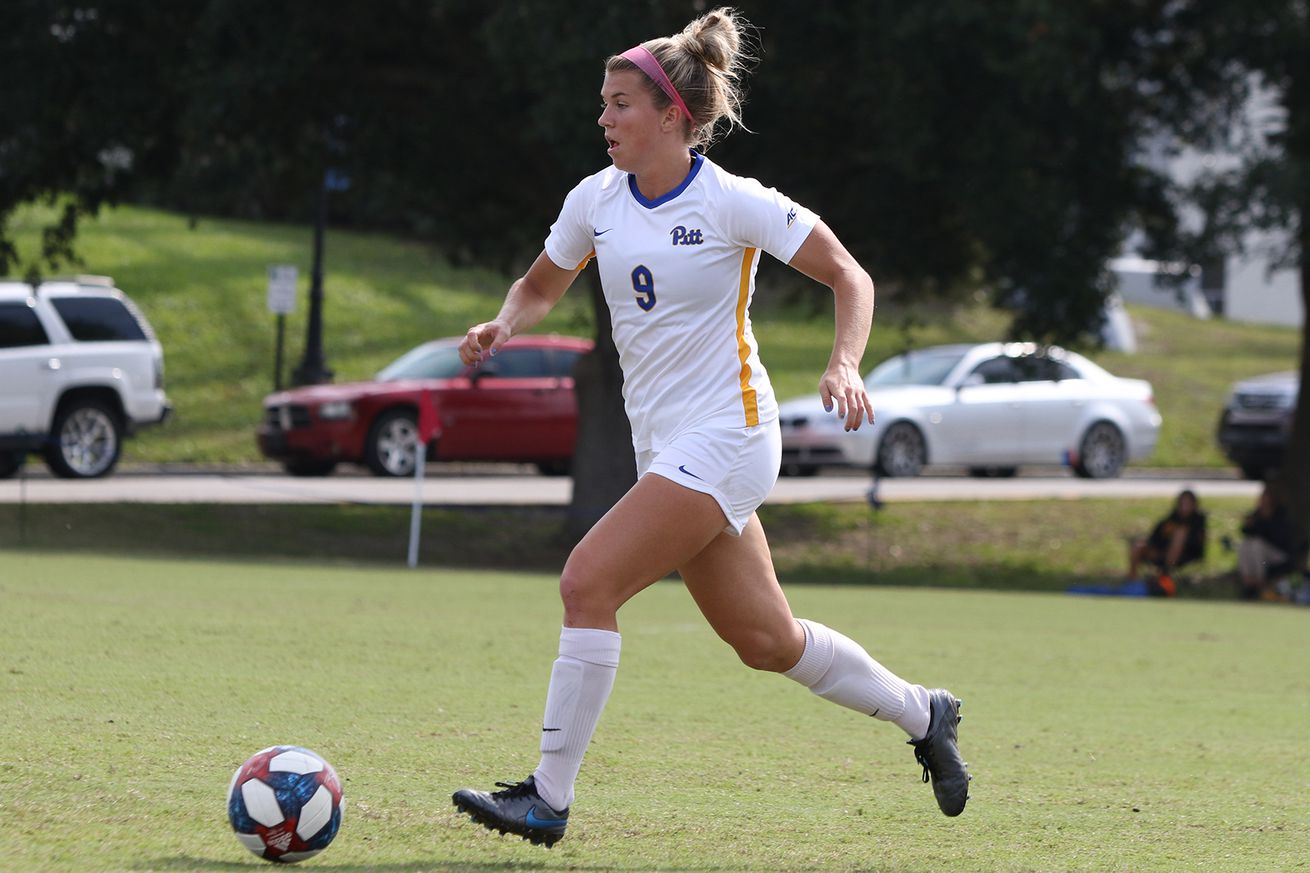 The 12th-ranked Pitt women’s soccer team faced the Citadel at Washington Light Infantry Field in Charleston, South Carolina, on Sunday up one game on the Bulldogs in a two-game series. For much of the match, it appeared the Panthers would leave with just the one victory and see their winning streak end at five games, but Amanda West came through with a late game-winner to give the Panthers a 1-0 win.

Anna Bout set up the game-winning goal, lofting a pass over the heads of West and Citadel midfielder Megan McLaughlin. The well-placed pass landed a few feet in front of West, who easily beat McLaughlin to the ball and streaked toward the goal. West was met by Citadel goalkeeper Jess Newton but managed to chip a shot over her head and into the net as she fell to the ground in the 88th minute.

| Three-straight game-winning goals for @amanda_westt. And a goal in all six games this year .

“We had a much better performance today than on Thursday,” Pitt head coach Randy Waldrum said after the game. “From the beginning, our intensity and pressure was much better. I was proud of how we handled the Citadel with only three shots and none on goal, and our midfield in particular was good today.”

“Anna Bout, Chloe Minas, Emily Yaple and Dixon Veltri really helped us set play and win things back defensively. We didn’t do that on Thursday. In particular, Bout was really good today. West continues to create chances and score goals, but Leah Pais and Anna Rico were good today as well. Our staff is really pleased with the growth of this team, and we realize there is still much to do.”

As Waldrum noted, the team benefited from West’s consistency once again, as her contributions have proved vital to the outcomes of the last three games, all of which were decided by game-winners off of West’s foot. And in addition to that, she has scored in every one of Pitt’s games this this season, bringing her goal total for the 2020 season to six and her total for her career to 16.

However, the Pitt attack as a whole applied more consistent pressure than the Citadel’s, as it had 12 shots to the Citadel’s three. West led the attack, with four shots and one on goal, and she was joined by Athalie Palomo, who had three and one on target, as well as Rico, who had two shots. And once again, Pitt’s defense stifled the Citadel’s forwards, allowing zero shots on goal and helping Katherine Robinson post her third shutout in the last four games.

With the win, the Panthers extend their hot streak and improve to 6-0 on the season, which is their best start to a season in the program’s 24-year history. They will look to extend their run of extraordinary play in what should be a showdown of ranked ACC teams on Thursday, when they face No. 11 Virginia on the road.