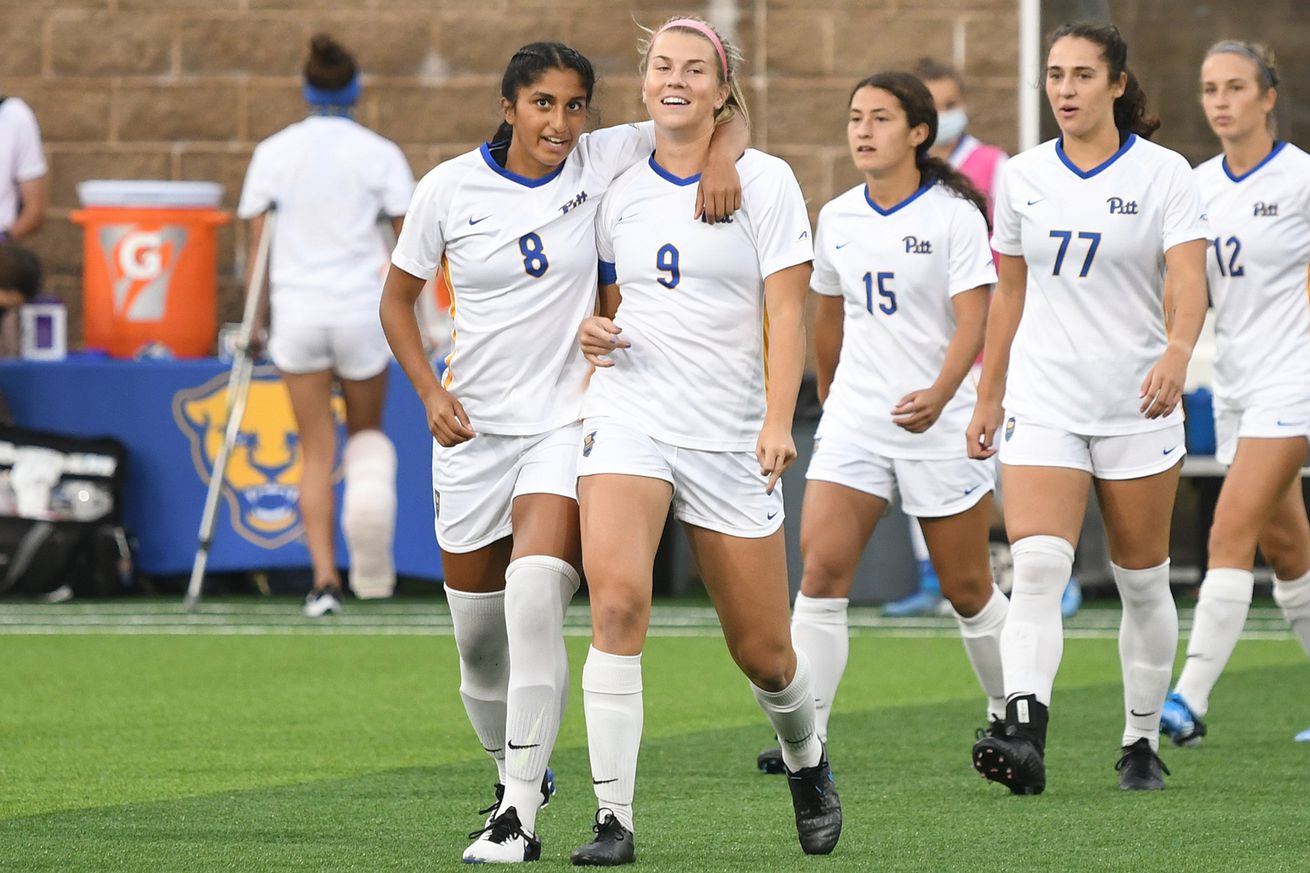 After a 4-0 start, the Panthers are ranked as the No. 12 team in the country

The Pitt women’s soccer team made history under Panthers head coach Randy Waldrum on Tuesday, as the team earned its first national ranking since its founding in 1996, coming in at No. 12 in the United Soccer Coaches poll.

The first set of @UnitedCoaches rankings are here!

The Panthers are far from the only ACC program included in the poll, as they trail North Carolina, Florida State and Clemson, who come in at Nos. 1, 2 and 3. They’re also behind No. 7 Duke and No. 11 Virginia. However, Pitt is currently the winningest team in the ranking, as its 4-0-0 record trumps the others listed, and Virginia looks to be in an especially precarious spot after a 1-1-1 start to its campaign.

Pitt earned its ranking with a performance that has been unprecedented in program history, as the team has racked up four straight wins and dominated opponents on both sides of the pitch, outscoring them 14-1. Although the Panthers went 4-0 to start their 2009 season, it can’t be said that they dominated anyone, as that Pitt team posted narrow wins in its first three games before beating Xavier 3-0.

The team has been led to victory by Amanda West, who has scored in each of Pitt’s first four games and currently leads the nation with four goals, three assists and 11 points. Of course, West and the Pitt attack have been bolstered by the addition of Albany transfer Leah Pais, who has taken the team to the next level after a promising 2019 season.

Katherine Robinson has been the defensive counterpart to West in between the pipes for Pitt, as she has yet to allow a single goal in 307 minutes of action. With the help of Kate McKay and a newly stout Pitt defense, Robinson has posted two clean sheets and teamed with Caitlyn Lazzarini for another shutout in the team’s 4-0 win over Appalachian State.

All told, Pitt appears to be in solid shape for the time being and could climb further up the rankings if it takes care of business at the Citadel in the coming days. That would set up a showdown between ranked teams in the Panthers and the Cavaliers in Charlottesville on Oct. 1. And waiting beyond that are matchups with top teams Florida State and Clemson.

Those matchups loom large on the schedule, to be sure, but if Pitt continues to perform at the level it has so far, the team has a shot at posting a couple of upsets this season.