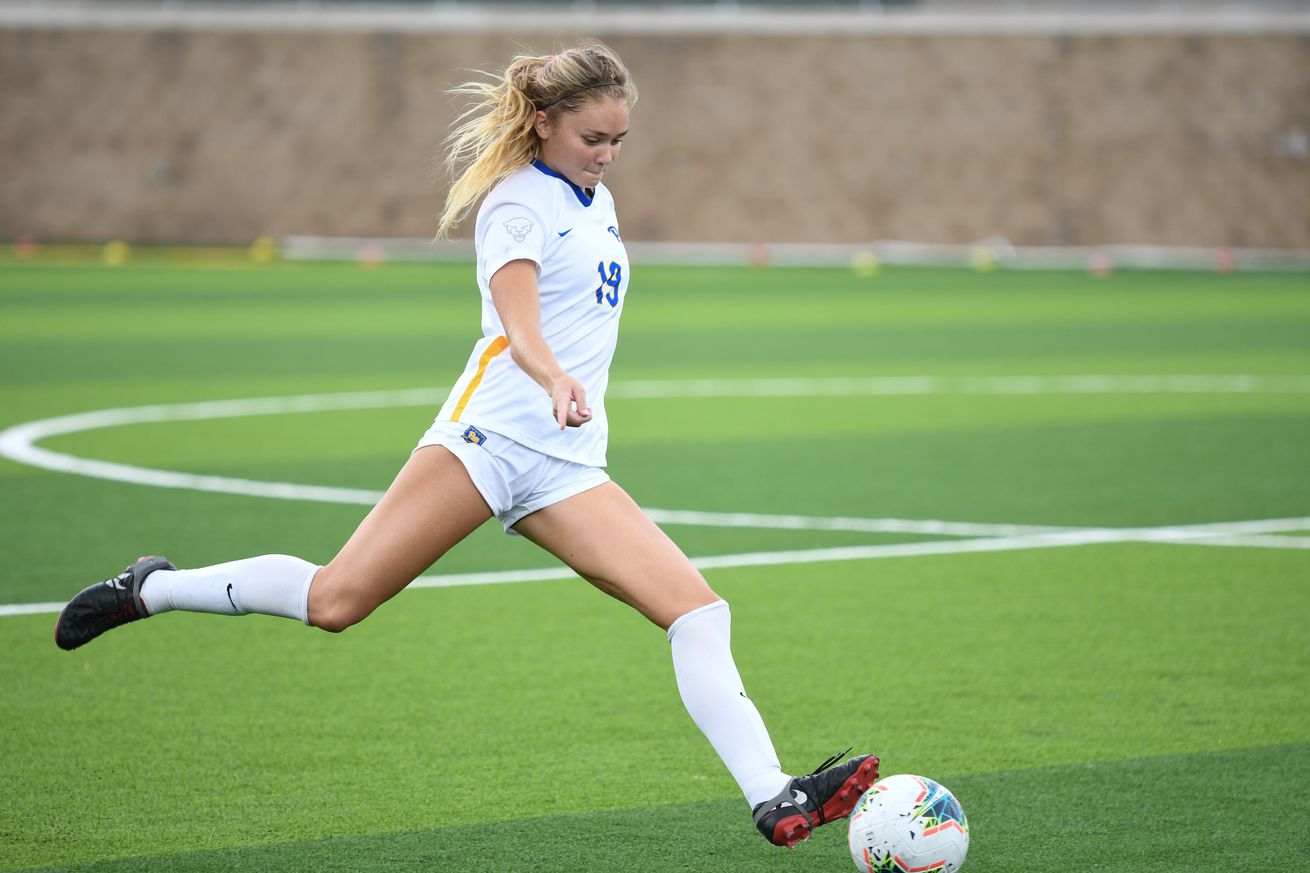 The Pitt women’s soccer team hosted a winless Miami team for the fourth and final game of its midseason homestand at Ambrose Urbanic Field on Sunday, earning a 2-0 victory on a pair of late goals. The win was Pitt’s ninth of the season and its third in ACC play.

While the final result was undoubtedly positive for Pitt, things looked uncertain in the first half, as nothing was settled 45 minutes into the matchup and a stalemate seemed like a legitimate possibility. However, the Panthers awakened late and ultimately pulled ahead.

The first goal of the game came in the 67th minute, when Hailey Davidson took a corner kick for Pitt, placing it on the right edge of the Miami goal. Kate McKay then headed the ball past Miami goalkeeper Tyler Speaks to give the Panthers a 1-0 lead over the Hurricanes.

McKay’s goal would prove to be the game-winner on Sunday, but the Panthers would add an exclamation point to the victory with a second goal in the 78th minute. That goal came off the foot of Amanda West, who relieved Miami defender Emma Tucker of the ball, weaved between two defenders to create an open shot and placed a ball beyond Speaks’ reach for the score and the 2-0 advantage.

.@amanda_westt with the insurance goal!

Perhaps the most striking detail in the box score from Sunday’s matchup was the 24-8 shot advantage Pitt held over Miami. Last time Pitt took the field, the team was outshot by Florida State 21-3 and suffered a 4-1 loss as a result. But the team was able to turn the tables on Miami in that respect and take charge, and that proved vital to the outcome. Pitt also got a solid game from Caitlyn Lazzarini, who had two saves and was much improved in goal.

The Panthers improved to 9-3-0 with the win, while Miami dropped to 0-7-0. The game also serves as yet another sign of Pitt’s progress this season, as the same teams played to a 3-3 draw in 2019. The team showed similar improvement in a 2-0 shutout of Syracuse on Sept. 17, as Pitt tied the same team 1-1 last season. Now, the Panthers will look to top the Orange once again when they head to Upstate New York to face them next Sunday.