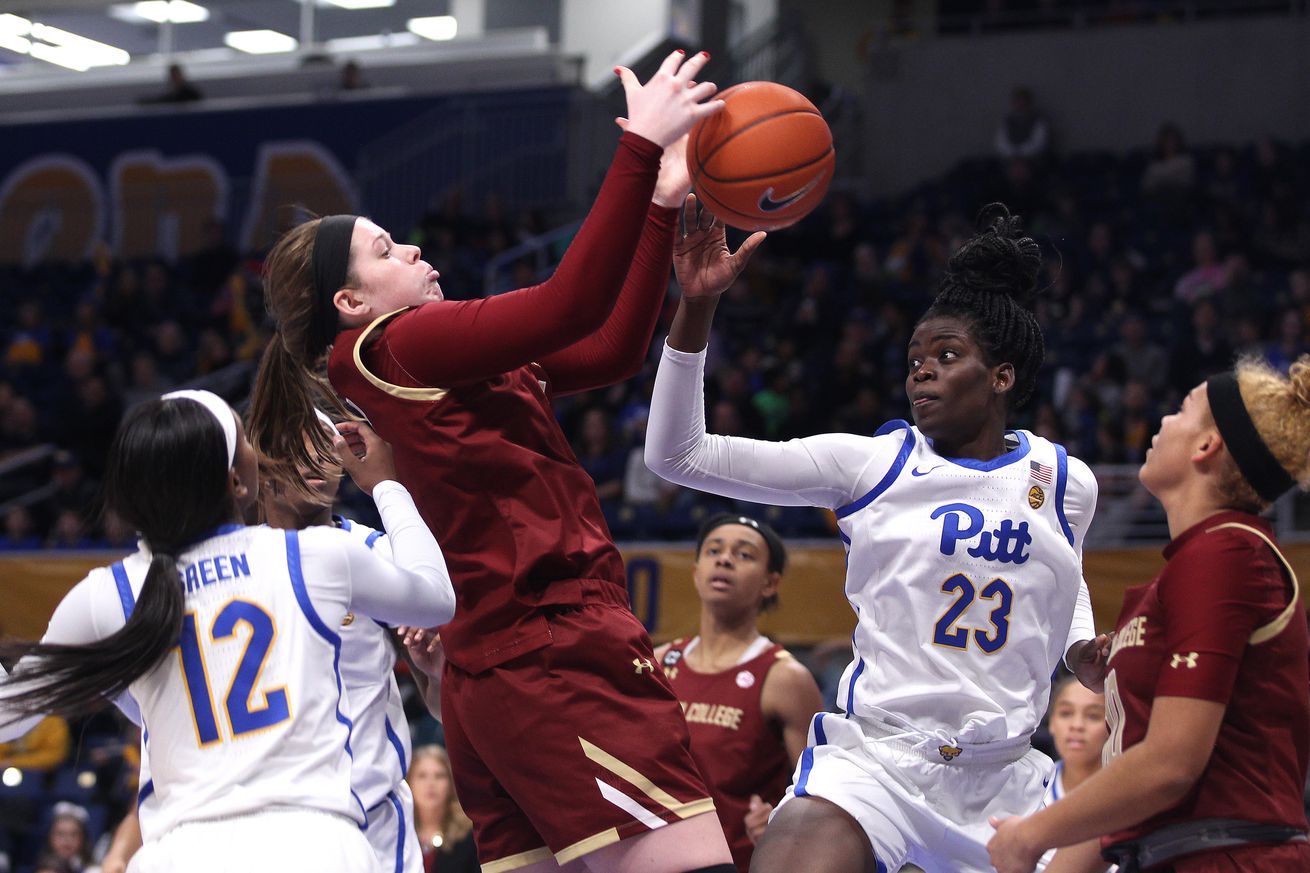 The 6’4″ forward broke the freshman record for blocks, which was set in 1977

Plenty of praise has been heaped on Panthers guard Dayshanette Harris, who has emerged as a rising star and a remarkably consistent offensive threat on the Pitt women’s basketball team in her freshman season. But the Panthers have an equally promising first-year defender in Rita Igbokwe, a 6’4” forward who broke the Pitt freshman record for blocks, with a total of 60 stopped shots in the 2019-20 season.

With four blocks yesterday in the win over Notre Dame, @igbokwe_rita broke a 43-year old PItt program record for blocks by a freshman with 5️⃣7️⃣!#H2P // #GoBeyond pic.twitter.com/2RQpbcWn13

Igbokwe broke the record in Pitt’s 67-65 upset of Notre Dame in the ACC tournament on Wednesday, as she came up with four stops to bring her total for the season to 57. That topped a record set 43 years ago, as former Pitt forward Wanda Randolph totaled 54 as a freshman in the 1976-77 season.

Had Igbokwe’s total remained at 57, it would have been the ninth-best single-season block total ever posted at Pitt. However, the native of Jonesboro, Georgia, added three more blocks in Pitt’s 68-58 loss to Georgia Tech on Thursday night, meaning she finished the season with 60. With that, Igbokwe’s season total climbed up to eighth on the all-time list.

Randolph, whose freshman record Igbokwe bested, went on to set the program record for blocks in a single season in her sophomore year, with 93 in the 1977-78 season, and it’s possible Igbokwe could follow a similar trajectory in her collegiate career. Igbokwe averaged 7.0 blocks per game in her senior season in high school, and she only needed an average of 1.9 per game to break the freshman record at Pitt. Once she fully acclimates to the game at the college level, she may well inch closer to her high school figures.

In addition, the Pitt record for career blocks is also in play for Igbokwe as things stand right now. That record is held by Gail Aughburns, who came up with 241 stops between 1978 and 1982. Based on Igbokwe’s freshman season total, the Panthers rim-protector is currently on pace for a career total of 240.