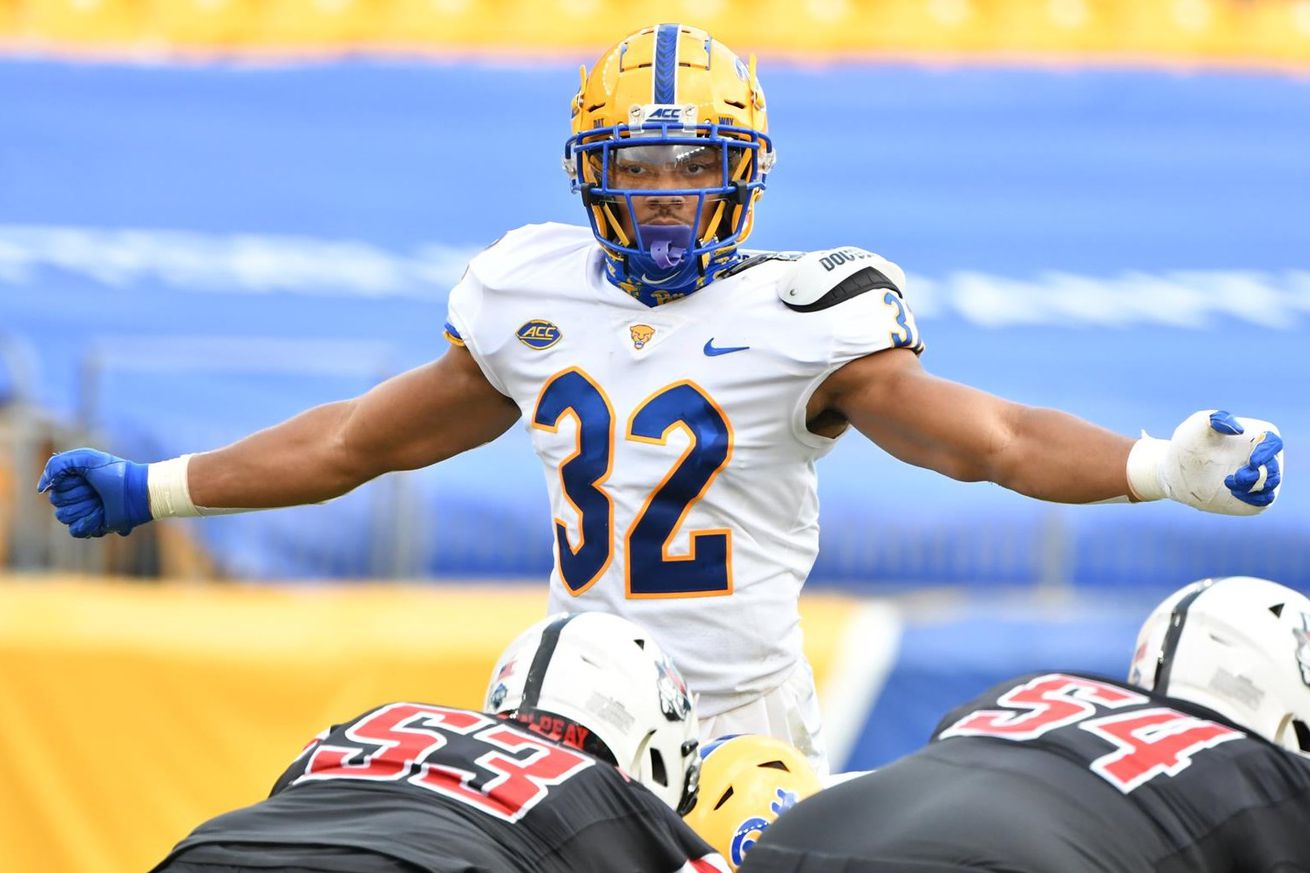 Pat Narduzzi: “That guy is going to be a future star in the ACC”

After falling to 3-2 on the season with two heartbreaking one-point losses, the Pitt football team is no longer viewed with the same optimism it once was. But while the present may be bleak for the Panthers, the future is still bright, and on Saturday, that was exemplified by SirVocea Dennis, who made a splash in his first career start and was named ACC Linebacker of the Week.

Shout out to our !

In the 31-30 loss to Boston College, the native of Syracuse, New York, came up with a team-high 11 tackles as well as 1.5 sacks. But even more notably, Dennis recorded a total of 4.5 tackles for losses in the game, which is the highest single-game total posted by any FBS player so far in 2020. Dennis also came up with a red-zone fumble recovery that had the potential to stave off a Boston College score, but that play was controversially overturned.

In addition to decision-makers at the ACC, Pitt head coach Pat Narduzzi was also among the many who were impressed with Dennis’ breakout performance at Boston College.

“SirVocea Dennis is a football player,” Narduzzi said on Monday. “I love that guy. If we were playing with four linebackers, he’s a starter, and I consider him a starter, period. He can go in and play all three positions. He’s smart. He obviously starts for us on third down. That guy is as good a football player as you’re going to be around as a linebacker. That guy is going to be a future star in the ACC.”

In addition to Dennis, Pitt defensive end Patrick Jones II also earned conference honors as the ACC Defensive Lineman of the Week. Jones came up with three sacks in Chestnut Hill, matching a career high he set two weeks earlier, as he had no trouble finding Boston College quarterback Phil Jurkovec. However, it was not enough to derail Jurkovec, a former WPIAL star from Pine-Richland High School who split ACC Quarterback of the Week honors with Clemson’s Trevor Lawrence, as Jurkovec and Zay Flowers, the ACC Wide Receiver of the Week, carved up a weak Pitt secondary.

Jones has been an absolute force on the Pitt defensive line, as he now has seven sacks in five games and leads the nation in the statistical category. However, while the Pitt defensive line was always going to be a strength given its depth, the linebacking corps was questionable, as Phil Campbell was the only big playmaker returning from 2019. But now, with Dennis on the rise and four-star recruit Nahki Johnson out of West Mifflin Area High School arriving in 2021, the position group could soon become one of Pitt’s best.

Dennis came to Pitt as an unheralded two-star recruit out of the Peddie School in Highstown, New Jersey, in 2019. Prior to his senior year, he played at Christian Brothers Academy in his hometown and was overlooked by Syracuse before his transfer. Now, Dennis is an emerging star at Pitt and leads the team in tackles, with 29. He is also half a tackle off the lead in tackles for losses, with six, and has two sacks in five games, and those numbers may well skyrocket if he racks up more starts.