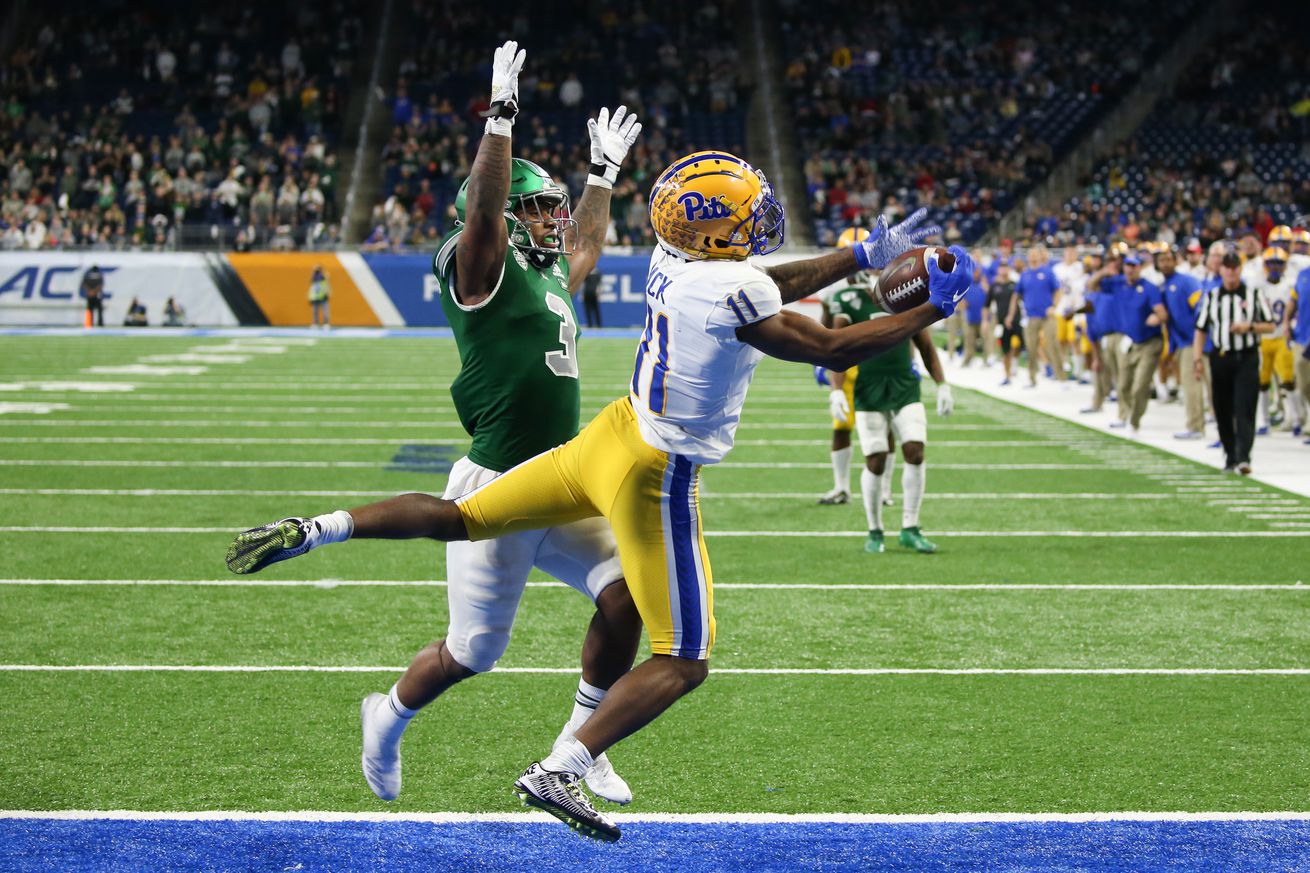 Pitt starters wide receiver Taysir Mack and tight end Lucas Kroll sat out the team’s game against Austin Peay on Saturday. But while head coach Pat Narduzzi would not discuss their injuries, he sounds as if he expects both back for the ACC opener next weekend against Syracuse.

Krull, in fact, could have gone against Austin Peay, according to Narduzzi.

“You guys know I don’t talk about injuries, but we expect to have Lucas back next week,” Narduzzi said. “And we were playing it safe with him today. He could have gone if he wanted to — I shouldn’t say if he wanted to, if we wanted him to. We chose to hold him and get him 100 percent. I didn’t want 99 percent Lucas Krull. I wanted a hundred percent Lucas Krull and he’ll be ready to go for the ACC opener.”

Narduzzi was optimistic about getting Mack back, too. “Mack will be ready too, I hope,” he added.

Their losses did not appear to be related to COVID as both were there in attendance at the game and around the team.

Getting both back would be a boost to the passing game. Mack, in particular, is the team’s leading returning receiver from last year (736 yards in 2019). But other than a few drops, things mostly went very well in that area against Austin Peay. Kenny Pickett threw for 277 yards and was 14-20 while playing only a half of football. The good news is that, even if Krull and/or Mack are unable to go, Pitt has several weapons in the aerial attack that should help lessen the blow.