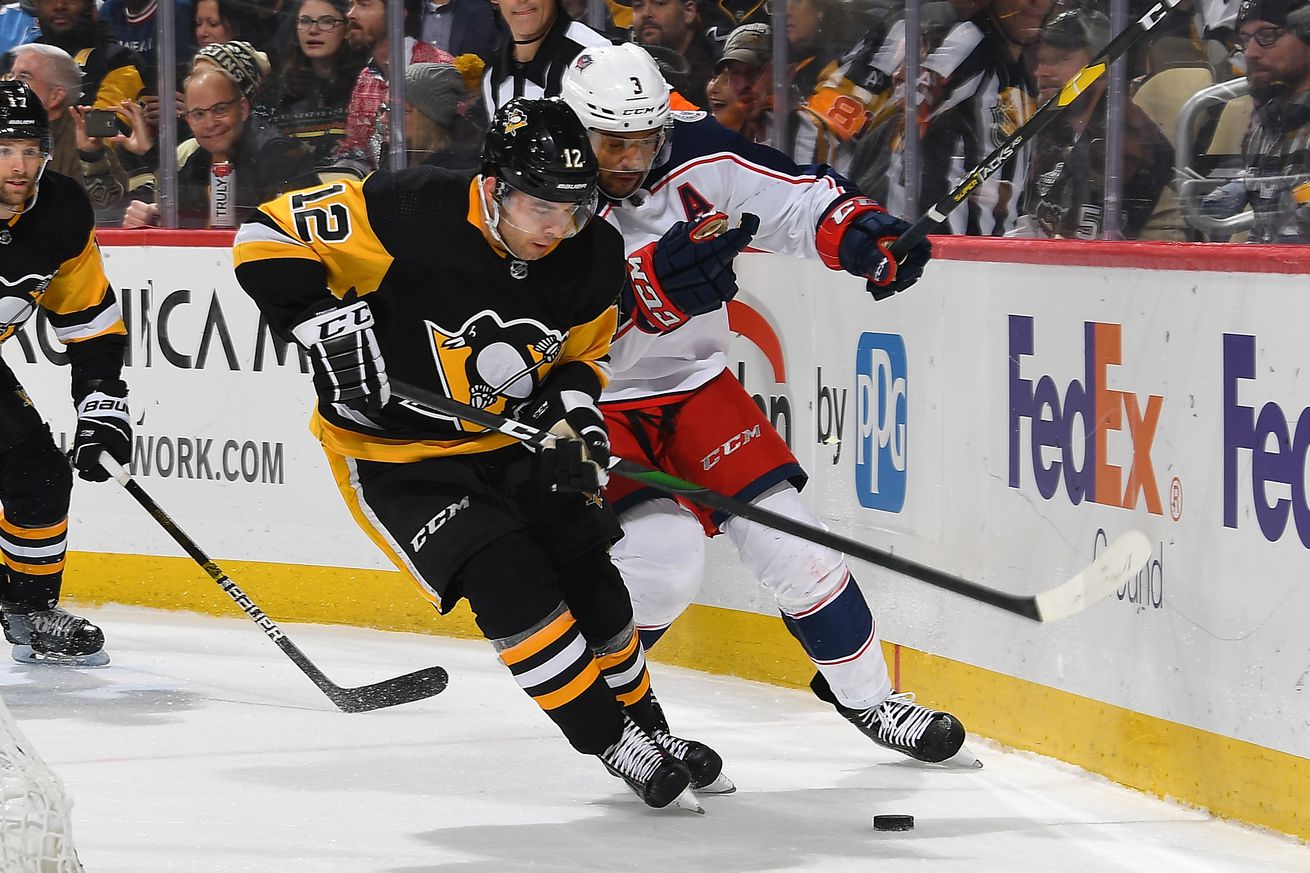 Probably the most polarizing player on the roster.

Contract Status: Simon made $750,000 this past season and is a restricted free agent this offseason.

What I wrote about Simon one year ago when trying to project his most realistic 2019-20 season.

You have to say this for Simon — he is consistent.

There has been virtually no change in his offensive production over his first three seasons in the league, scoring at about a 9-goal, 30-point pace over 82 games with alarming regularity.

His inability to consistently finish makes him a frustrating player when he gets top line minutes (which he did a lot this season) but he does a lot of other things well that keep shifts going in the offensive zone and set up his linemates.

It is easy to understand why fans get mad about him. It is also easy to see why the team likes him.

(Ranks are out of the 14 highest TOI forwards this season on the team who played 200 minutes in the regular season at 5v5, per Natural Stat Trick)

This is typically the area where Simon makes a name for himself, but that was not necessarily the case this season.

His shot-attempt numbers remained very good and among the best on the team, especially among the forwards, but everything else took a bit of a dip this year, especially when it comes to scoring chances and expected goals. He was also absolutely crushed by the PDO monster with the Penguins owning a terrible on-ice shooting percentage and on-ice save percentage with him playing.

Simon was injured and did not play in the postseason for the Penguins.

He has played in 12 playoff games during his career, scoring zero goals to go with four assists.

The season looked so promising for Simon at the start thanks to a really strong performance in October. But once the calendar rolled over to November everything kind of fell apart for him, with the offense all but disappearing and the underlying numbers taking a cliff dive. October may have been one of the best and most productive months of his NHL career to this point.

Overall this should probably be considered a disappointing season for Simon.

First, he was pretty much a non-factor after the first month of the season offensively.

But even when he has been at his best in the NHL, he was never a player that made a noticeable impact on the scoreboard. He just always had a knack for making every line he is a part of just a little bit better. But even that aspect of his game was gone this season.

Making matters worse, he was injured late in the season and spent the end of the regular season and the Penguins’ brief playoff appearance as an observer.

Even with the lack of goal-scoring, even with the frustration he causes a large segment of the fan-base, I still think he has a role on an NHL team. He may not finish, but he is an outstanding playmaker. He is a possession driver, a passer, and a good hockey player that can make the players around him better no matter what line he is on.

At the risk of sounding like a broken record the answer to this question is similar to what it was a year ago. He is never going to be a player that finishes and scores 20-30 goals, but that does not mean there is not a place for him. His ideal season is him helping to drive possession and serving as a playmaking winger that does all of the little things well. That aspect of his game was not always there this season, but when it is he is still a very useful player.

Simply put, it is whether or not the Penguins even want to bring him back and where he plays if they do.

At this point there is no mystery as to the player Simon is. He is 26 years old and including playoffs has appeared in more than 180 NHL games. There are no secrets anymore. There is no next level for him to reach. This is the is the player that he is. The Penguins’ coaching staff obviously values him and likes him, but there is limited upside here at this point and a big part of his value the past three years has been with how cheap he is.

He does not figure to be a top-six option with the recent trades (Jason Zucker, Kasperi Kapanen) and the other returning players (Jake Guentzel and Bryan Rust) which would leave him in the bottom-six, which is probably where he fits best.

How much does he end up costing, and what sort of role does play?