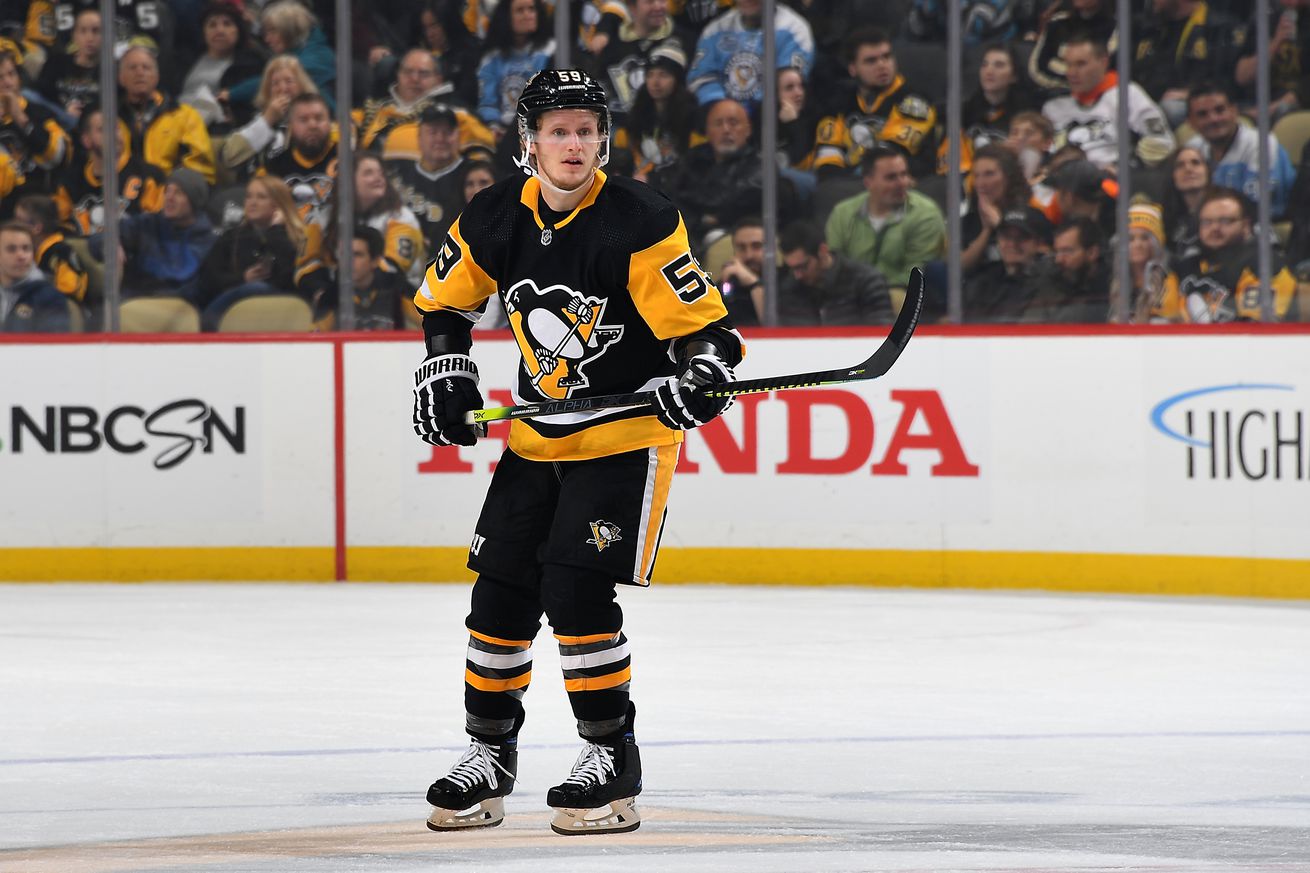 He is the Penguins’ best all-around winger and has become a potential 40-goal scorer every season.

Contract Status: He has a salary cap hit of $6 million through the 2023-24 season with a modified no-trade clause in the last two seasons of the contract.

Looking ahead, the hope is that Guentzel comes into the 2019-20 season with similar aspirations as his previous seasons. He is now locked up for the future, so he can take the financial side of the game out of his mind and focus on hockey. There is no real competition behind Guentzel to supplant him as Sidney Crosby’s left winger, so there is no reason why Jake can’t reasonably hit the 25-30 goal mark again.

Had he not missed half of the season due to injury he would have absolutely crushed the 25-30 goal mark and may have hit the 40-goal mark again.

— He was on track for another absolutely massive regular season right up until he got injured in late December and ended up missing half of the regular season.

Guentzel was on track to score 40 goals for the second consecutive season and continue to show that his breakout 2018-19 campaign was no fluke.

Sure, playing alongside Sidney Crosby (and also Evgeni Malkin at times) helps, but a lot of really talented players have taken that spot and never been able to hit the 40-goal mark once, let alone two times in a row. There is something to be said for being able to finish, and Guentzel is one of the best finishers on the wing anywhere in the league right now.

Again, getting an opportunity to play next to one of the two best centers in the world on a nightly basis is a pretty nice advantage, but there is more to Guentzel’s great individual numbers than that. He contributes to them on his own as well. He is a smart, heady player that is consistently in the right places and making things happen. He is not just a passenger here.

Due to the season pause and the Stanley Cup Playoffs beginning in August, Guentzel was able to return to the Penguins’ lineup for their Qualifying Round matchup against the Montreal Canadiens. He ended up recording a goal and two assists in the four games. He was not at his best, but he was not bad, either. Given the almost eight month layoff between games and the bizarre circumstances of the playoffs just having him in the lineup was important.

— A consistently dominant offensive season every month, with an especially strong month of December where he recorded 16 points (his high point of the season) despite playing the fewest number of games and minutes of any month this season.

Guentzel is the Penguins’ best winger and one of their most important all-around players. Truly a core player in every since of the word. He is not only becoming a consistently elite goal-scorer, he is also an underrated playmaker and at $6 million per season for the next few years a steal within the salary cap.

Honestly it would probably look exactly like the past two seasons, without the injury that kept him out of half of the 2019-20 season. Since the start of the 2018-19 season he has been a top-25 offensive player in the league in terms of goals and total points, while also posting great possession numbers. He has scored at a 40-goal pace over a two-year stretch and is right in the middle of the prime of his career. As long as he stays healthy and continues to play alongside Sidney Crosby and/or Evgeni Malkin he should continue to be a 30-40 goal and 60-70 point player.

Honestly there only real question I can even begin to ponder here is one that does not necessarily revolve around him, but rather his line. That question is who takes the wing spot opposite him to round out the top line with him and Sidney Crosby? Is it Bryan Rust? Is it new offseason addition Kasperi Kapanen? Is it a yet to be acquired right winger? Is it the continuation of the Dominik Simon experience? Otherwise, you kind of know what you are going to get with Guentzel and know he is going to be a significant part of the Penguins’ core moving forward.