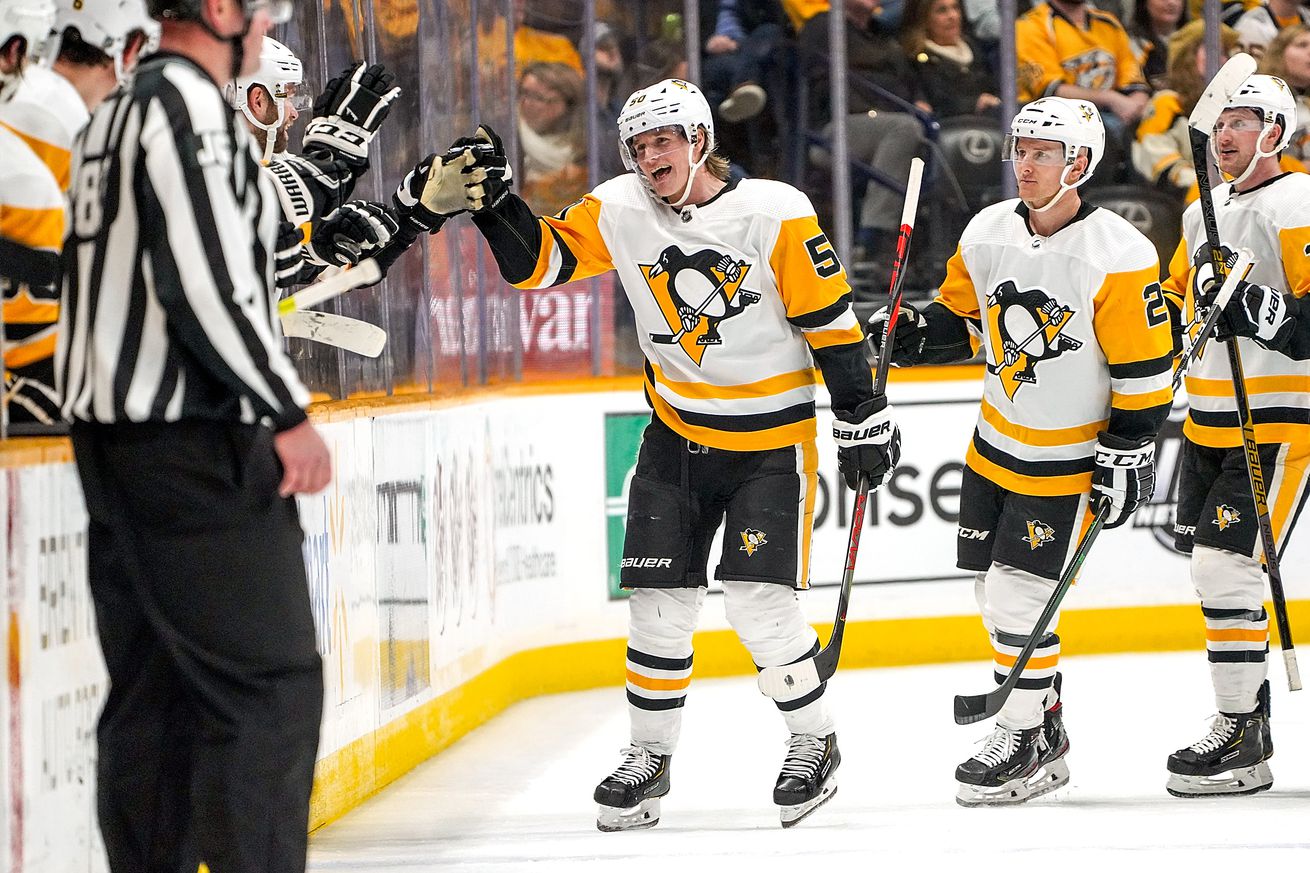 Riikola was an advanced stats darling last season, but couldn’t crack the lineup. How do you think he fared last season?

Last year, Riikola graded out with 67% of voters gave him a C and 12% of voters giving him a D or below.

Riikola played one less game in 2019-20 than he did in his first year in Pittsburgh, and there were pros and cons with his last season. He did much better in the advanced stats but his TOI numbers were under 14 minutes in the 36 games he managed to play, including multiple as a forward during the regular season.

Riikola had some pretty impressive numbers but also the smallest sample size with only 438 total minutes. But when Riikola was on the ice, good things happened. He ranked first or second in almost every advanced stat category and probably should have been utilized much more frequently than he was.

Riikola spent a lot of time with Jack Johnson in the beginning of the season but the two barely played together past the 30 games played mark for the Penguins last season. Not surprisingly when paired with Chad Ruhwedel, Riikola’s numbers went from the worst of his season to pretty solid stats with Ruhwedel as an underrated third pair. As mentioned above, Riikola ranked near the top of every advanced stat for the Penguins in the minutes he played. That’s not easy to do with the bulk of his time playing with standouts like Johnson and Ruhwedel (no offense to Chad, and all offense to Jack).

This is a good looking chart in terms of where the majority of the shots came from when Riikola was on the ice. Lots of opportunities when he was out there and from the spots you want to see from your offense. The xG/60 with Riikola was 2.52 and without Riikola was 2.5, so not much of a change in the goal department despite his excellent possession stats.

And once again this is exactly what you want to see from a defensive side of things. Notice how the bulk of the shots come from as far away from the net as possible and the dark blue blob right in front is the birthplace of goals. The Penguins gave up an xG/60 of 2.4 without Riikola on the ice, but a sparkling 1.84 xG/60 in the 400+ minutes he was defending the ice.

Jusso Riikola probably didn’t get quite the shake he deserved last season from head coach Mike Sullivan. When Riikola was out there, the puck was far away from the Penguins net. He didn’t play with elite talent so the points and goals weren’t quite eye popping, but his possession numbers and defensive numbers were excellent. Goalies also had a save percentage of .935 at 5v5, which was the worst shooting percentage among all eight defenseman.

The only reason he didn’t get more playing time over Jack Johnson is clear as day when looking at Riikola’s ice time numbers. Jack Johnson played 148 minutes on the penalty kill while Riikola played only two minutes the entire season shorthanded. If it weren’t for Johnson’s ability to kill penalties, Riikola likely would have gotten much, much more playing time.

But that’s not the way it played out for Riikola as he only dressed in 36 games last season, with a handful playing forward. Not much to complain about that Riikola had any control over.

As Riikola is a RFA, the ideal next season would be him coming back next season and playing the same way he did this season but in more than 36 games. That would mean big changes for the Penguins as a team if Riikola is in the top six, but even as the seventh defenseman for Pittsburgh he would likely be playing at least half the season. If Riikola somehow manages to squeeze Jack Johnson out of the lineup if/when he returns next season, it would be ideal as possible for the Penguins and an even bigger win for Riikola’s professional career.

Next year could make or break his career in the NHL. He had a pretty successful career in Finland and could just as easily return to Europe to continue his career. After watching the Penguins dress Jack Johnson in 149 games the last two seasons compared to Riikola’s 73 and being used as a forward at times by Sullivan, would Riikola want to come back to Pittsburgh in the first place?