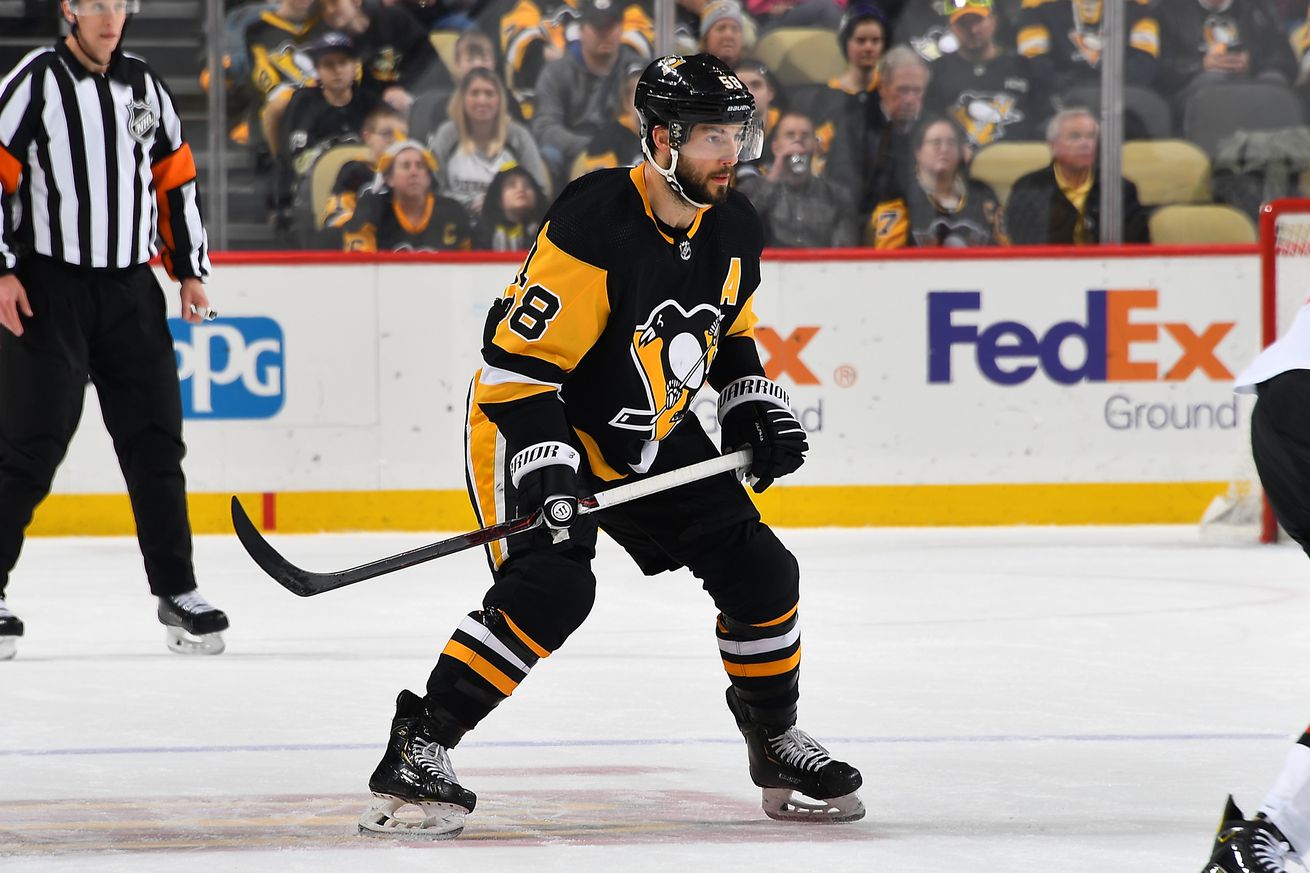 Even though he is another year older he remains an elite player on the Penguins’ blue line.

Contract Status: Letang will be entering the seventh year of an eight-year, $58 million contract that pays him an average of $7.25 million per season. He has two more full seasons remaining on that deal with a limited no trade clause.

What we were saying about Letang following the 2018-19 season.

You might see him start to slow down a little but, just because he is another year older and has been through a hell of a career that has seen him play a ton of big minutes that are not easy minutes while also fighting through an extensive list of physical ailments. It is only natural now that he is into his 30s that it starts to catch up to him a little bit. But we are not at the point where his career falls off a cliff. He is still going to be an elite defensemen when he is healthy and a significant piece of the Penguins’ core.

Letang did not show many signs of slowing down at all offensively and remained an elite goal-scorer and point-producer from the blue line. Scoring 15 goals in 61 games as a defenseman is no small accomplishment, and would have put him on a 20-goal pace over 82 games for the second consecutive season.

These were two of the most productive seasons of his career, strictly speaking from a goal-scoring perspective.

He remains the Penguins’ No. 1 defenseman and their go-to blue-liner in every situation.

Letang is still an outstanding possession driver and one of the best that the Penguins have. His overall numbers may have looked even better at the end of the season had he not spent a solid chunk of the season paired next to Jack Johnson, a pairing that did not work and was actively bringing the team down.

Like most of the players on the Penguins’ roster it was not a pleasant postseason experience for Letang. He appeared in all four games, played a ton of minutes, and came out on the positive side of some possession numbers (shot attempts, scoring chances, expected goals, etc.). But he also finished with zero points, and while his underlying numbers saw him finish on the “plus” side the defensive portion of those numbers were lacking. He was not bad, but he and Brian Dumoulin were not at their normal level.

— A great start to the season in October, an injury disruption in November, and then a brutal month of February. What happened in February you ask? That was when he spent more than 200 of his 240 minutes of 5-on-5 hockey playing next to Johnson. It did not work and made everything worse for everybody.

— For the season he spent nearly 540 minutes next to Johnson, during which time the Penguins were outscored by nine goals and controlled only 45 percent of the total shot attempts. In more than 618 minutes playing next to every other defensemen on the roster the Penguins outscored their opponents by 10 goals and controlled nearly 57 percent of the total shot attempts.

— It is amazing what those minutes did to Letang’s overall performance this season.

Letang may be another year older, he may still have a big salary cap number, but he is still a major impact player, especially when paired with the right player (or not paired with the wrong player). There is going to come a point where he really starts to slow down, but he remains a major part of the Penguins’ offense and in some ways (like goal scoring) is more productive than he has ever been at any point in his career. He is always going to be a lightning rod for criticism because he plays a ton of minutes, touches the puck a ton, and is typically going against the other team’s best players so you are going to see more “mistakes” and “turnovers” than you do from lower-pairing players. But as has been the case for his entire career the positives are going to far outweigh the negatives.

It is going to look a lot like his 2018-19 and 2019-20 seasons. Not quite as dynamic as he was during his prime years, but still a top-pairing defender that is going to drive possession and help be a major contributor to the offense. In his ideal 2020-21 season he remains a 25-minute per night player, logs minutes in all situations, and continues to score goals at a double-digit pace. As long as they keep him away from a statue of a partner there is no reason to believe that can not continue. And this is not meant to be a knock specifically on Johnson. Letang has never, at any point in his career, played well when paired next to a “stay-at-home” type that can not skate or move the puck. The closest he ever had to success with that type of player was VERY early in his career next to Brooks Orpik, but even that pairing hit a wall. Every other time they have tried to play him next to that sort of player, whether it be later day Orpik, Rob Scuderi, or Johnson it has been a failure. He needs someone next to him that will not slow him down and hold him back. It is why Dumoulin has been the perfect complement to him, because while Dumoulin is more of a defensive player he also possesses strong skating ability and puck skills.

Simply put, will he still be a Penguin when the 2020-21 season begins?

Jim Rutherford has said he is not looking to move anyone from the core, and Letang still calls a lot of the shots on where he could end up playing due to his no-trade clause, but I also wonder if this might be the offseason where they explore something here to shake things up.

I do not agree with that thinking. I am not optimistic it would make the Penguins better. But with all of this talk about drastic change and being disappointed with their past two postseason performances it seems like an offseason where something wild could happen. You know Sidney Crosby is not going anywhere, and there is a 99.9 percent chance Evgeni Malkin is not going anywhere either (I am extremely confident in saying that). But maybe Letang could. It still seems unlikely, but the possibility seems to be there more than it has ever been in recent years.