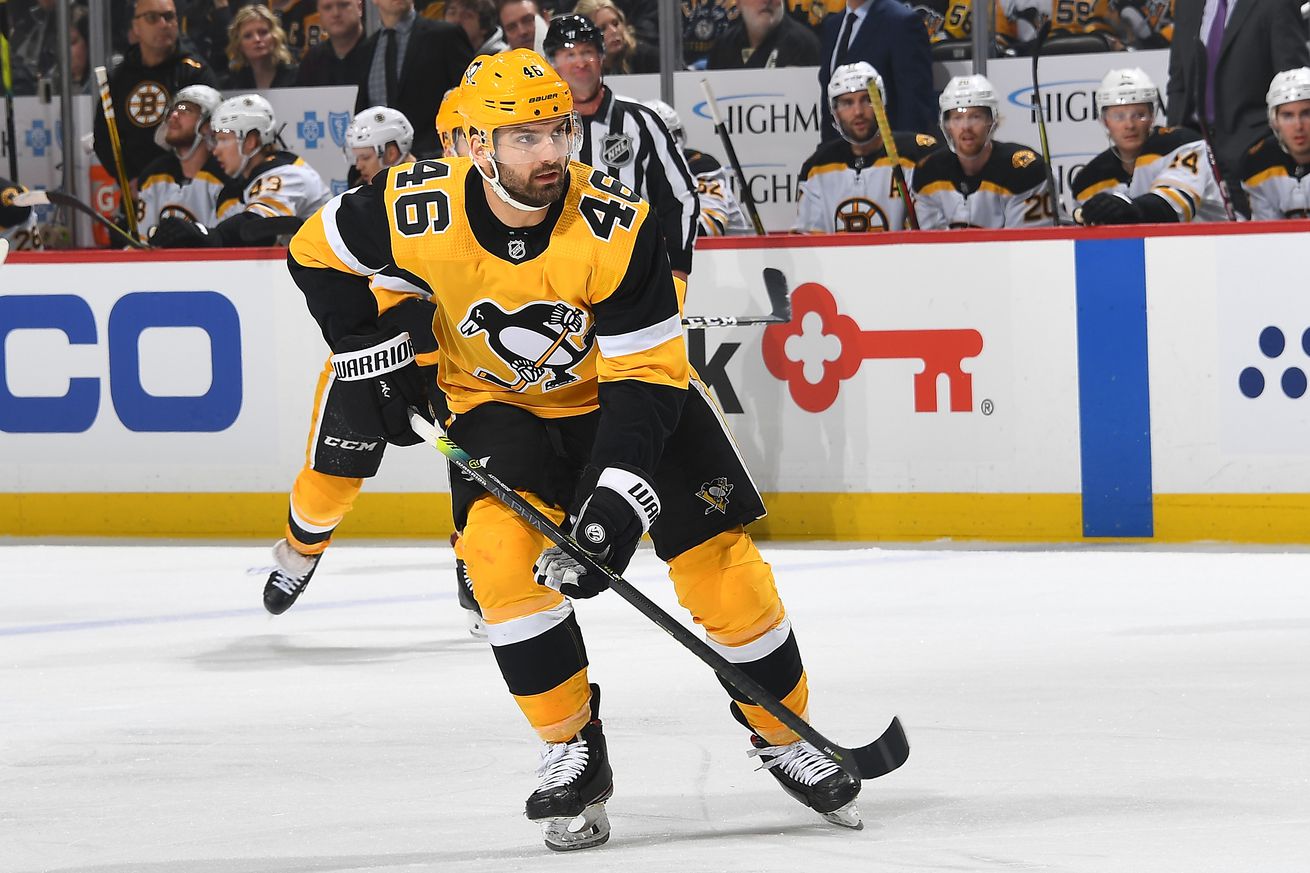 The defensive forward’s future in the black-and-gold is a bit murky.

The 2018-19 season saw Aston-Reese continue to mold into a defense-centric, bottom-six forward. Offense has never really been a trademark of Aston-Reese’s game, and at 26, it likely will never be, but not everyone on a roster is brought in to bury the biscuit.

—13 points in 57 games isn’t really anything to write home about. Aston-Reese knows his role and plays it well. At the far end of the row, you can see the blocks and hits categories. 30 blocked shots and 136 hits are pretty solid numbers.

—Along with his ice time increasing, so too did ZAR’s even-strength possession metrics. Both his CF% and FF% are above 50%. And the zone starts are another stat from this row that I look into a bit more deeply. As we saw, Aston-Reese, Teddy Blueger, and Brandon Tanev formed a pretty powerful defensive trio this season, so it’s no surprise to see so many of Aston-Reese’s zone starts come in the defensive zone.

In the four playoff games played earlier this month, the Staten Island native registered one point, an assist, in Game 3. Other than that, he was a -3 with a minor penalty to his name.

—Just look at that October! 3 goals (including a shorthanded score!) and 5 points in 13 games. ZAR was firing out of the gate.

Aston-Reese’s offensive production would obviously cool down throughout the rest of the campaign, and unfortunately, he also missed the final 12 games of the 2019-20 regular season with an undisclosed lower body injury.

Aston-Reese found a home alongside Blueger and Tanev as the season went on. He’s a physical player who can help slow down opposing teams. And he adds value on the penalty kill, too. Maybe the scoring touch won’t ever come for Aston-Reese, but at only a $1M cap hit, the Penguins could be doing a lot worse than what they have in ZAR.

Right off the bat, the 2020-21 season will be starting a bit later than Aston-Reese would have liked due the winger undergoing shoulder surgery earlier in August and will be sidelined for roughly six months. He could make his return sometime in February if recovery goes smoothly.

Judging by his estimated return and the length of the season by that point, if you can get 10-20 points from him, take it and call it a day. Maybe he fills in here and there in the top-six if necessary, but if he continues to play on the same line as Teddy B and Tanev, that has potential to be a very trustworthy combination when the stars need a breather.

Will Zach-Aston Reese be in the lineup/on the roster when the 2020-21 season begins? Or will he be included as a throw-in chip as part of a bigger trade? We know GM Jim Rutherford will be making moves, presumably to the bottom-six, so Aston-Reese’s status with the Penguins is not in doubt, but his future could be clouded by the actions of GMJR.